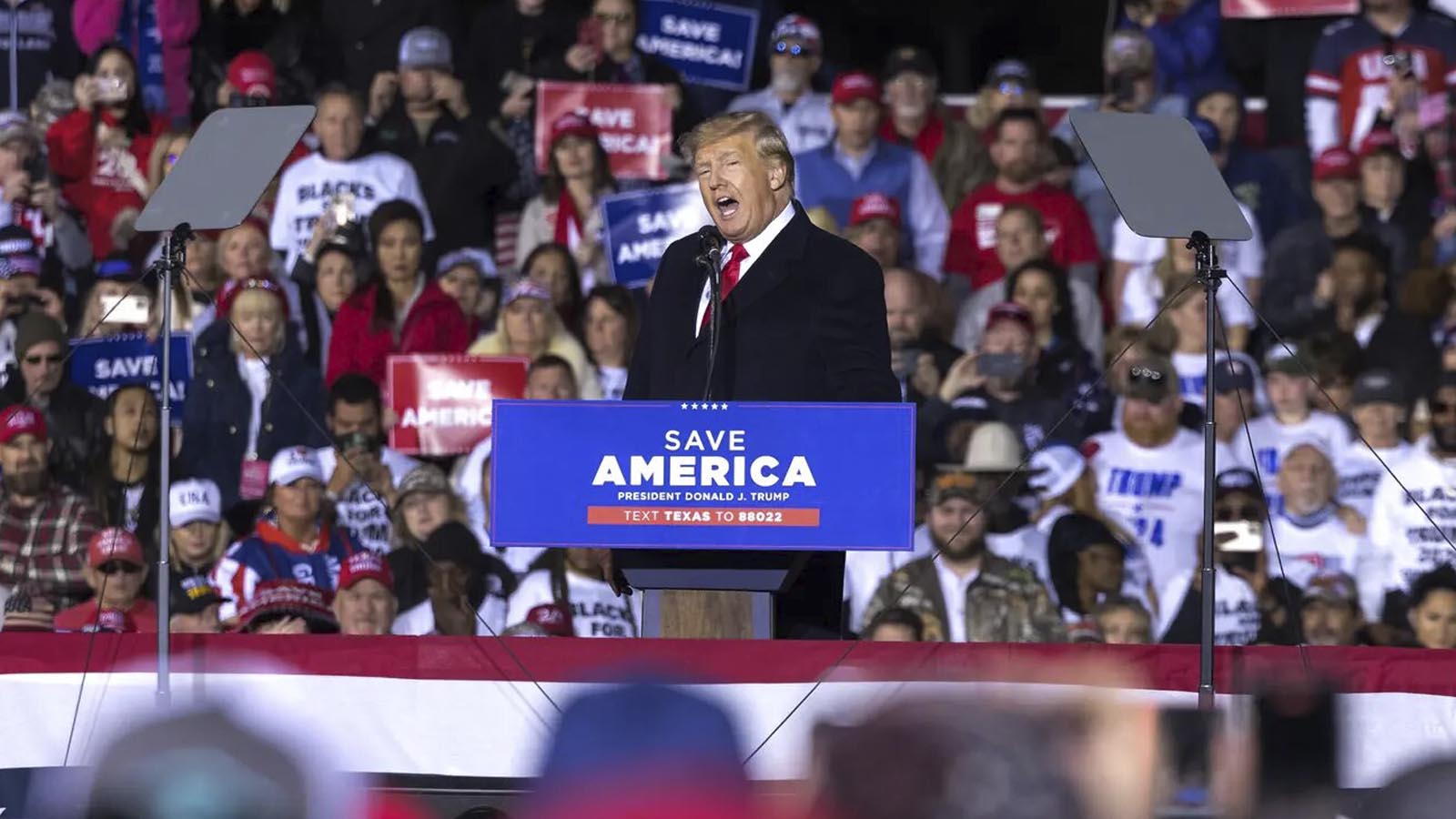 Former President Donald Trump is in Robstown, Texas, on Saturday for a “Save America” rally to stump for his preferred candidates ahead of next month’s midterm elections.

The event, which is taking place at the Richard M. Borchard Regional Fairgrounds, will feature appearances from state Lt. Gov. Dan Patrick and state Attorney General Ken Paxton, both of whom are up for reelection in November. Texas Gov. Greg Abbott, an ally of the former president who is also on the ballot next month, will not be in attendance for Saturday’s event. Abbott will instead be in Florida for a fundraiser.

Also in attendance Saturday are former acting director of Immigration and Customs Enforcement Tom Homan and National Border Patrol Council President Brandon Judd, making it likely that the 45th president will make the border crisis a top focus at the event.

Trump’s Texas visit comes just over two weeks before voters head to the polls in the November elections. While Texas is a reliably red state, its 15th and 34th Congressional Districts are expected to be competitive, with both viewed as winnable races for the Republicans as they try to retake the House of Representatives.