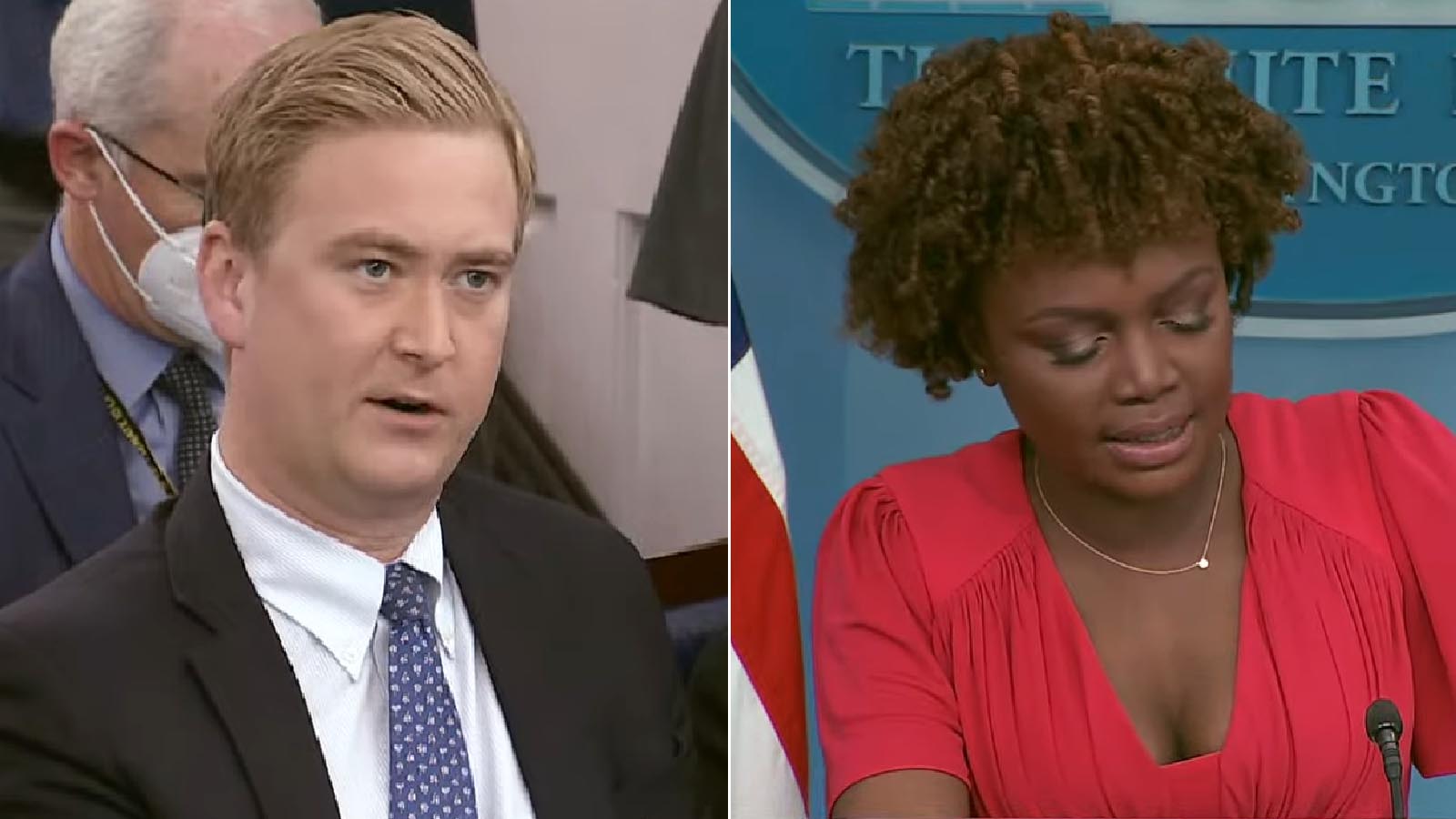 “Karine, congratulations, it’s nice to see you up there,” Doocy began. “The president’s Twitter account posted the other day if you wanna bring down inflation, let’s make sure the wealthiest corporations pay their fair share. How does raising taxes on corporations reduce inflation?”

“Um, so, are you talking about a specific tweet?” Jean-Pierre, who appeared stumped, asked.

Doocy then referenced a May 13 tweet from Biden that said “you want to bring down inflation? Let’s make sure the wealthiest corporations pay their fair share.”

You want to bring down inflation?

Let’s make sure the wealthiest corporations pay their fair share.

“Look, we have talked about, um, we have talked about this past year, about making sure that the wealthiest among us are paying their fair share, and that is important to do. That is something the president has been working on everyday when we talk about inflation and lowering costs, so it’s very important that as we’re seeing costs rise, as we’re talking about how to, you know, build an America that’s equal for everyone and doesn’t leave anyone behind, that is an important part of that as well,” Jean-Pierre said.

“So I think we encourage those who have done very well, especially those who care about climate change, to support a fairer tax code that doesn’t charge manufacturers workers, cops, builders a higher percentage of their earnings, that the most fortunate people in our nation, and not let that stand in the way of reducing energy costs and fighting an existential problem if you think about it, that is an example. To support basic collective bargaining rights as well.”

“But look, by not, without, having a fairer tax code, which is what I’m talking about, then all, like, manufacture workers, cops, you know, it’s not fair for them to have to pay higher taxes than the folks who are not paying taxes at all,” she continued.

“But what does that have to do with inflation?” Doocy asked. “The President said if you wanna bring down inflation let’s make sure the wealthiest corporations pay their fair share. Jeff Bezos came out and tweeted about that, he said ‘the newly created disinformation board should review this tweet.’ Would you be okay with that?”

“The administration tried hard to inject even more stimulus into an already over-heated, inflationary economy and only Manchin saved them from themselves. Inflation is a regressive tax that most hurts the least affluent.”

In fact, the administration tried hard to inject even more stimulus into an already over-heated, inflationary economy and only Manchin saved them from themselves. Inflation is a regressive tax that most hurts the least affluent. Misdirection doesn’t help the country. https://t.co/a8cygcunEG

Inflation reached its quickest uptick since December 1981 after soaring 8.5% in March.