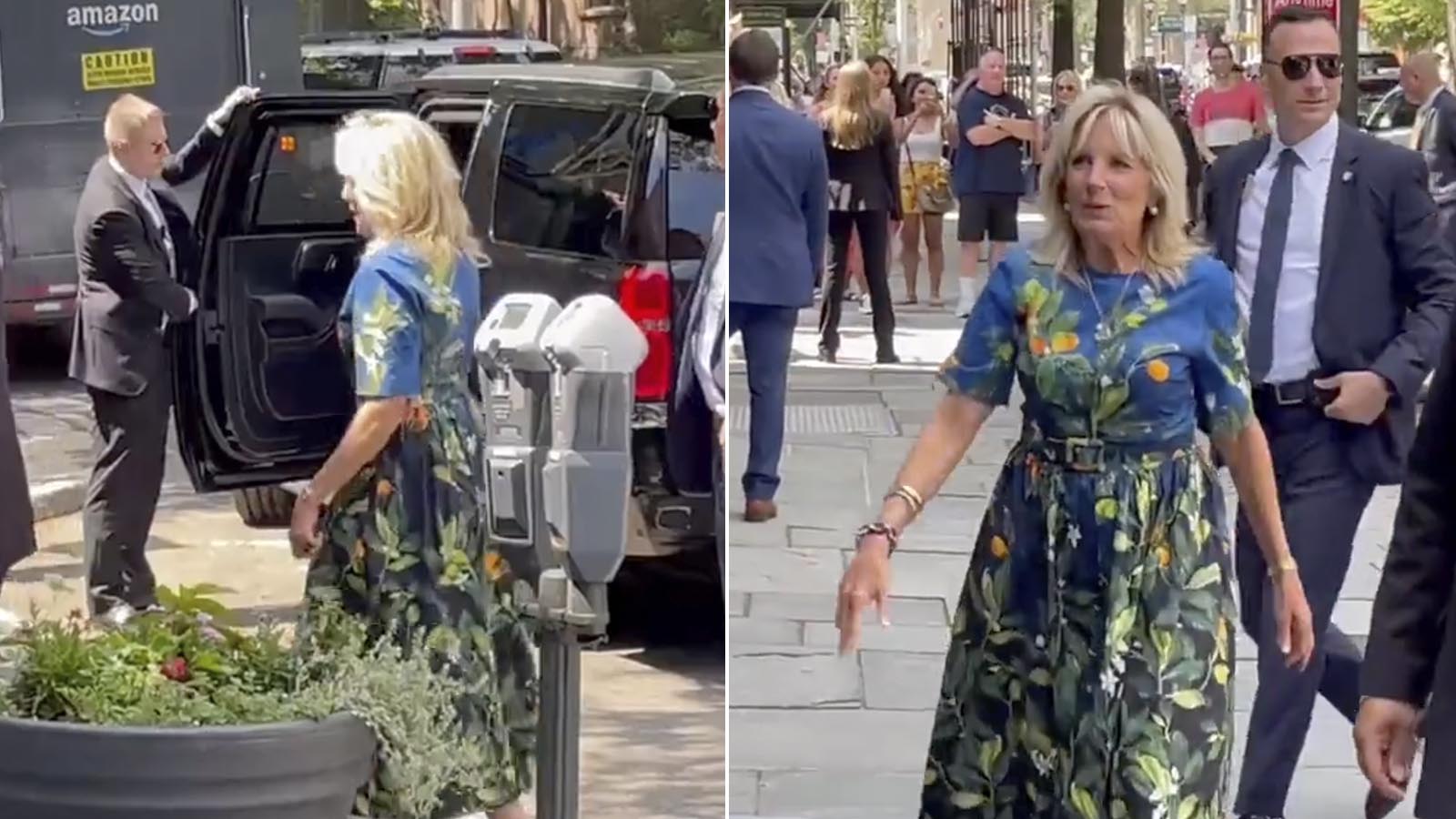 Angry Americans are frustrated with the way President Joe Biden has handled the country. One thing after another, the U.S. doesn’t ever seem to be able to catch a break. And as long as Democrats have control of the White House, people will continue to suffer at the hands of their bad policies.

First Lady Jill Biden was heckled by protestors during a visit to Arethusa Farm Dairy Shop in Connecticut.

“Your husband is the worst President we ever had… you owe us gas money,” a man yelled at Biden.

“Thank you! Thank you for your support, thank you!,” she responded while smiling and waving.

“You suck,” another bystander shouted out.

Biden continued to walk into the building brushing off the hecklers. She was on her way to an ice cream date with Education Secretary Miguel Cardona and Gov. Ned Lamont (D-Conn).

Later in the day, Lamont shared a photo of the two bonding over their ice cream cones, ignoring the real solutions that need attended to.

Her visit to New Haven is just one stop of four to tout learning programs funded by the American Rescue Plan. According to reporter Mark Zarestsky, one of the residents in the town said that if he had the chance to talk to Biden, he would have told her that “there’s no more middle class,” and that “there’s only rich and poor — and it’s real hard out here for families.”