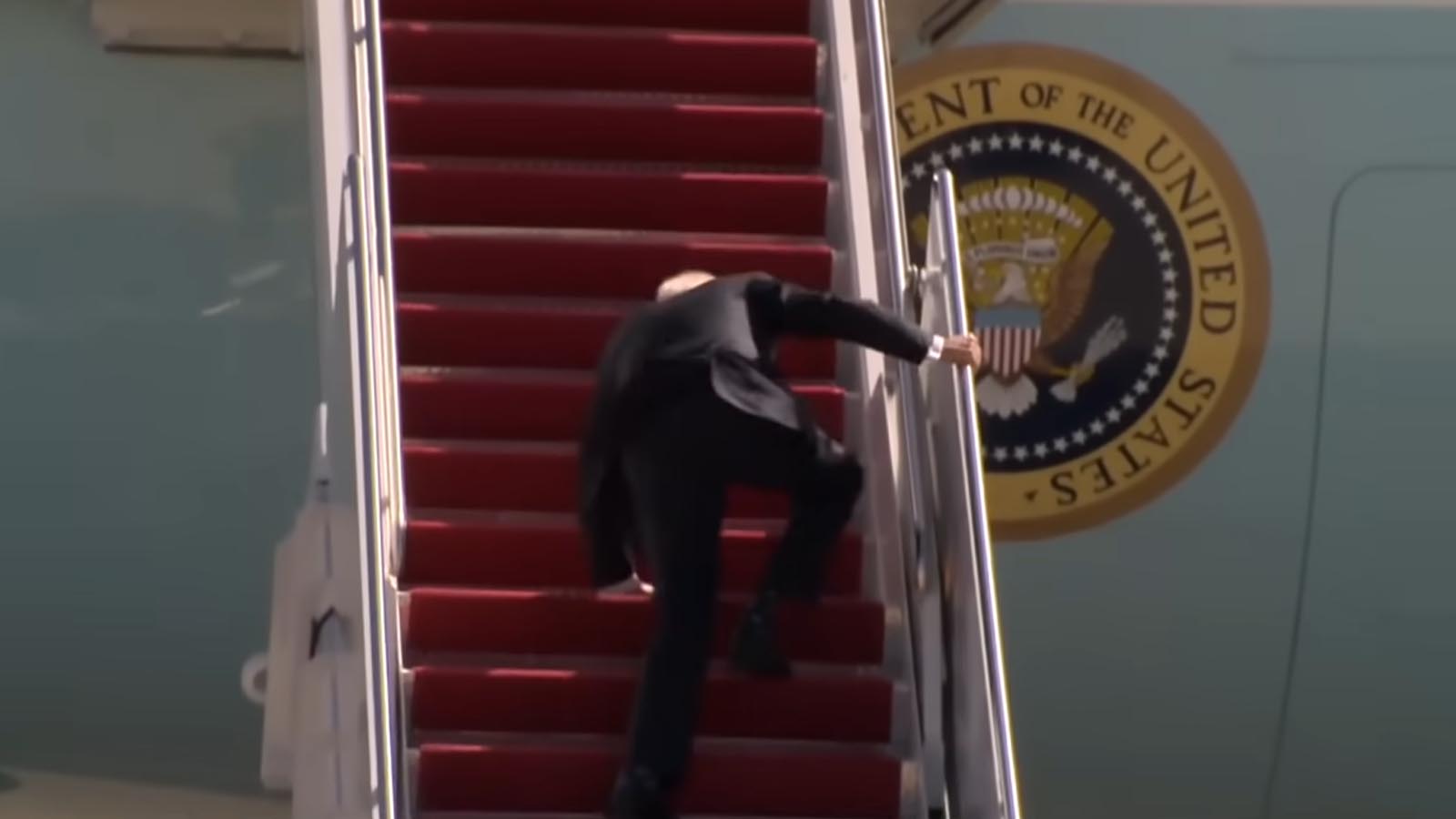 The Babylon Bee is a great satire site, with a real talent for making some truly fun stuff.

Recently, we brought you some of their humor from their “Californians who moved to Texas” series. The California couple went canvassing for Beto O’Rourke in a deep red area of Texas, with special guest Sen. Ted Cruz (R-TX) — who revealed his true identity as the Zodiac Killer — with a twist at the end of the video.

Now they’re out with another one — a Democrat midterm ad — about how we moved from the “time of darkness” under the “Orange Man” who was “literally Hitler” to Joe Biden who “saved” America. This is an instant classic. It hilariously makes clear what the choice is here with some flashbacks to all the fun times that Joe Biden has provided us.

“Embraced by the loving arms” of Joe Biden. Yikes! That look says it all! Who can forget that “kindness” and “decorum” as he insulted voters, variously cursing them out, calling them “fat” or liars, and even threatening to take a voter outside? He even said he wished he could take Trump “behind the gym.” What a “voice of clarity” and “reason” Joe Biden is, as we see that famous word that Joe Biden told Xi Jinping defines America: “AWDSMFAFOOTHIMAAAFOOTAFOOTWHSCUSEME.” Thank you to a Twitter user for managing to transcribe that for us.

How lucky we are to have a man in charge who is so “good with numbers” with those “two” inimitable words for us — “Made in America.” Biden has brought us safety and economic prosperity. They’ve empowered the next generation. So vote for the people the Biden team wants, because the Biden team knows what’s best. That way, we can ensure things continue going the way they have been going “forever and ever.” If there ever was a motivation to get people out to vote, there it is — to prevent the continuing disaster that Biden has dropped on us.

It’s hard to get something more on target than this Bee ad, so true and so funny. The humor and the reality are likely to help push more people to vote for the GOP. That talent is probably one of the reasons that the Bee got banned from Twitter, although it was ostensibly for saying that a man was a man. They may be back on soon, with Elon Musk now at the helm of Twitter.

Republican candidates should run this as a regular ad on a loop from now until the election.