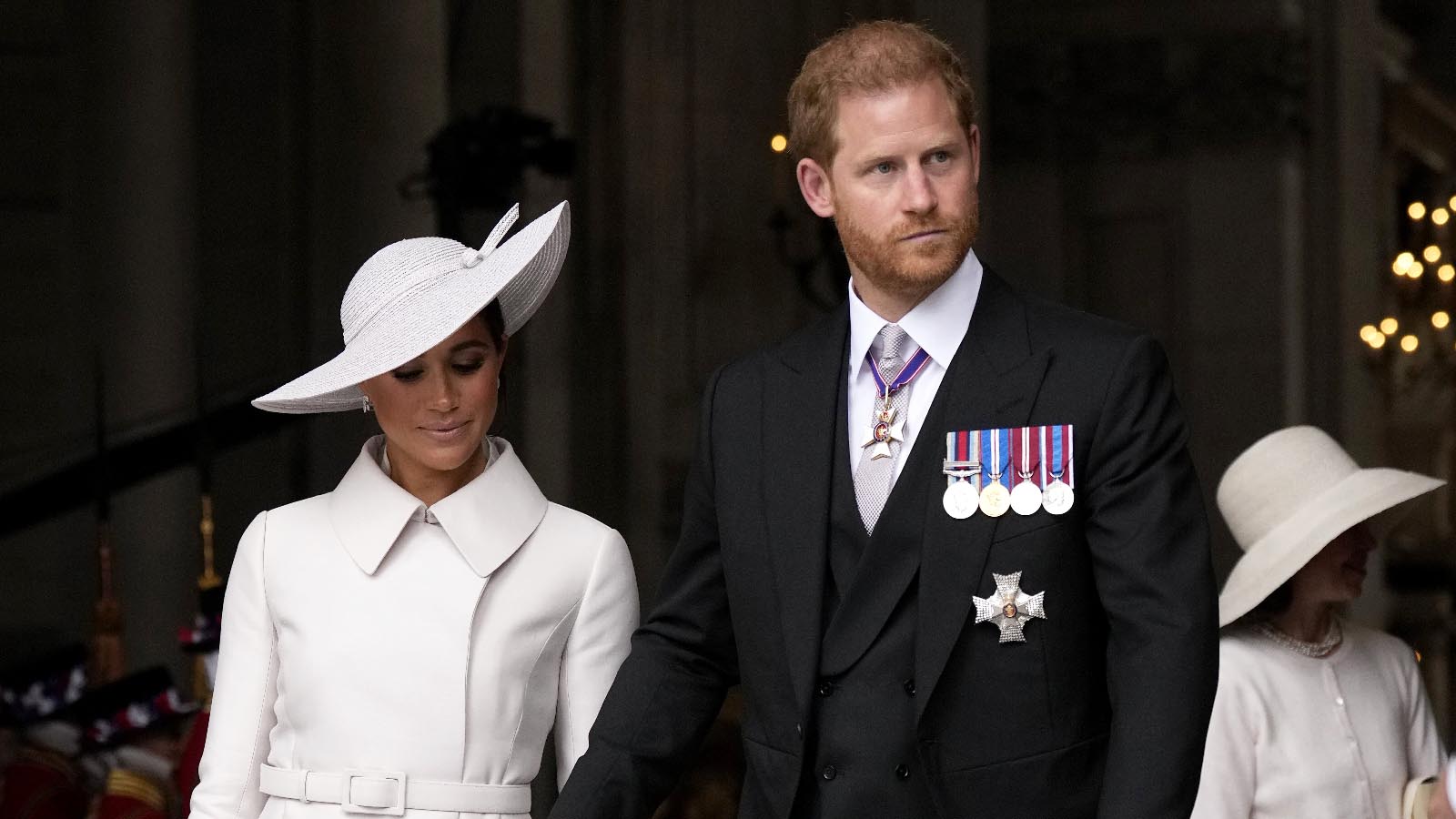 It’s not just the royal family giving them a frosty reception.

Prince Harry and Meghan Markle were loudly booed Friday while returning together to royal events in the UK for the first time in two years.

A small cheer initially greeted the exiled royal couple’s exit from St Paul’s Cathedral — just to be quickly drowned out by a chorus of shouted boos, video shows.

Similar booing broke out when the couple arrived for the National Service of Thanksgiving, their first public royal event together since officially quitting royal life two years ago.

Just like then, they appeared to get a frosty reception from other royals, too — with Harry’s brother, Prince William, and wife Kate sitting far away from them inside the cathedral.

The pair were met with widespread disdain in Harry’s home country in early 2020 when they announced they were quitting life as senior royals.

That was exacerbated with their damning Oprah Winfrey tell-all accusing Harry’s family of bullying and even racism, thrusting the monarchy into one of its biggest crises in the record 70-year reign of Harry’s grandma, Queen Elizabeth II.

Their return this week was to celebrate that Platinum Jubilee — but coming as their popularity has plunged to a record low, according to a new poll.

Only one-third of Brits (32%) support the Duke of Sussex and less than a quarter (23%) hold a positive view of his wife, one survey by YouGov shows.

A separate survey by JL Partners echoed the unfavorable sentiment, finding that just 27% of British adults held a positive opinion of Harry, while only 22 percent supported Meghan.

Meanwhile, the queen remains the most respected royal — with eight in 10 Brits supporting the 96-year-old monarch, according to the YouGov poll.