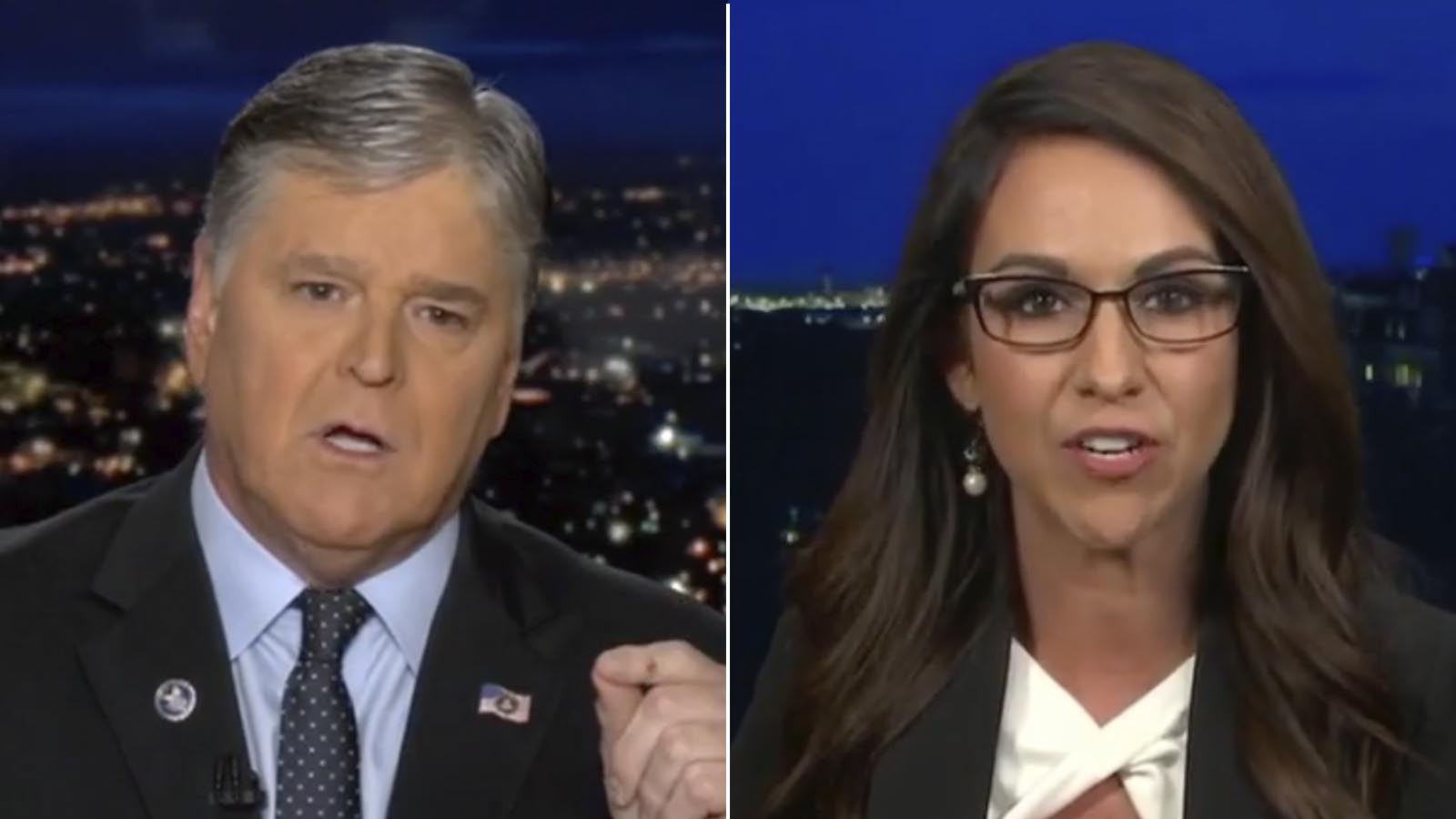 Fox News host Sean Hannity sparred Wednesday with House Freedom Caucus member Lauren Boebert, one of the approximately 20 members of Congress who do not support Rep-elect. Kevin McCarthy’s, R-Calif., bid to become the next Speaker of the House.

Boebert, R-Colo, expressed distrust that McCarthy would follow through on some of the pledges he has made in recent times, while Hannity repeatedly pressed the congresswoman to explicitly name a lawmaker she would support instead of the Californian.

“Even having my favorite president call us and tell us we need to knock this off, I think it actually needs to be reversed,” Boebert said as she nominated Rep.-elect Byron Donalds, R-Fla., ahead of the fifth round of voting. “The president needs to tell Kevin McCarthy that sir, you do not have the votes, and it’s time to withdraw.”

In response, Hannity asked Boebert why she and her 19 other no-McCarthy colleagues should withdraw their objection instead, given the erstwhile Minority Leader enjoys the support of ten times as many members in the latest tally.

“Let me turn the tables, Congresswoman. Kevin McCarthy has 202-203 votes. Your side has 20. So if I’m going to use your words and your methodology and your math, isn’t it time for you to pack it in and your side to pack it in – considering he has over 200 and you have 20?” the host asked.

Boebert replied she understands the frustration at the standoff, to which Hannity said he isn’t frustrated but wanted a direct answer.

The lawmaker claimed McCarthy didn’t want to listen to concerns from her and other lawmakers until the 2022 elections awarded Republicans a much narrower majority than he originally envisioned.

“We all want a unified party. But this isn’t chaos. It’s a functioning constitutional republic when everything is said and done House Republicans will be stronger and more prepared to lead than ever before,” she said.

Hannity pressed again, questioning how the 20-strong conservative group will unify around a non-McCarthy candidate if they have not been consistent with who they have nominated. He pointed out how on Tuesday, the group nominated Rep.-elect Jim Jordan, unsolicited, then moved on to Donalds on Wednesday.

“Tomorrow, I don’t know who you’re going to vote for, but the bottom line is you still only have 20 votes… You’re proving that 20 people don’t want Kevin McCarthy at this time.”

When asked if Boebert supports McCarthy’s Commitment to America campaign, which included tenets of border security, energy independence, and debt reduction – in addition to separate support for investigating alleged Biden family influence peddling and the behavior of former NIAID Director Anthony Fauci, the lawmaker said she does.

“Of course I do. But I do not trust Kevin McCarthy at this point to deliver on those promises,” she said.

“Especially when I go into good faith negotiations with him. And then he comes out and lies about what those conversations were saying that members.”

Hannity underlined that such a statement was a characterization, and that McCarthy was not present to defend against the assertion.

The host again asked who Boebert’s group plans to nominate Thursday when the House reconvenes, to which the lawmaker proffered she may want to nominate Trump – as the Speaker does not have to be a sitting lawmaker.

Hannity replied the atmosphere around the changing non-McCarthy nominations has the air of a game show.

“[McCarthy has] 203 people and you have 20. I respect the 20 of you. But I’m asking you based on your own words… Who do you want? Who will you only support to be speaker? It’s not that hard.”

“I’m willing to have conversations with the Republican Conference to come up with a consensus candidate,” Boebert replied.