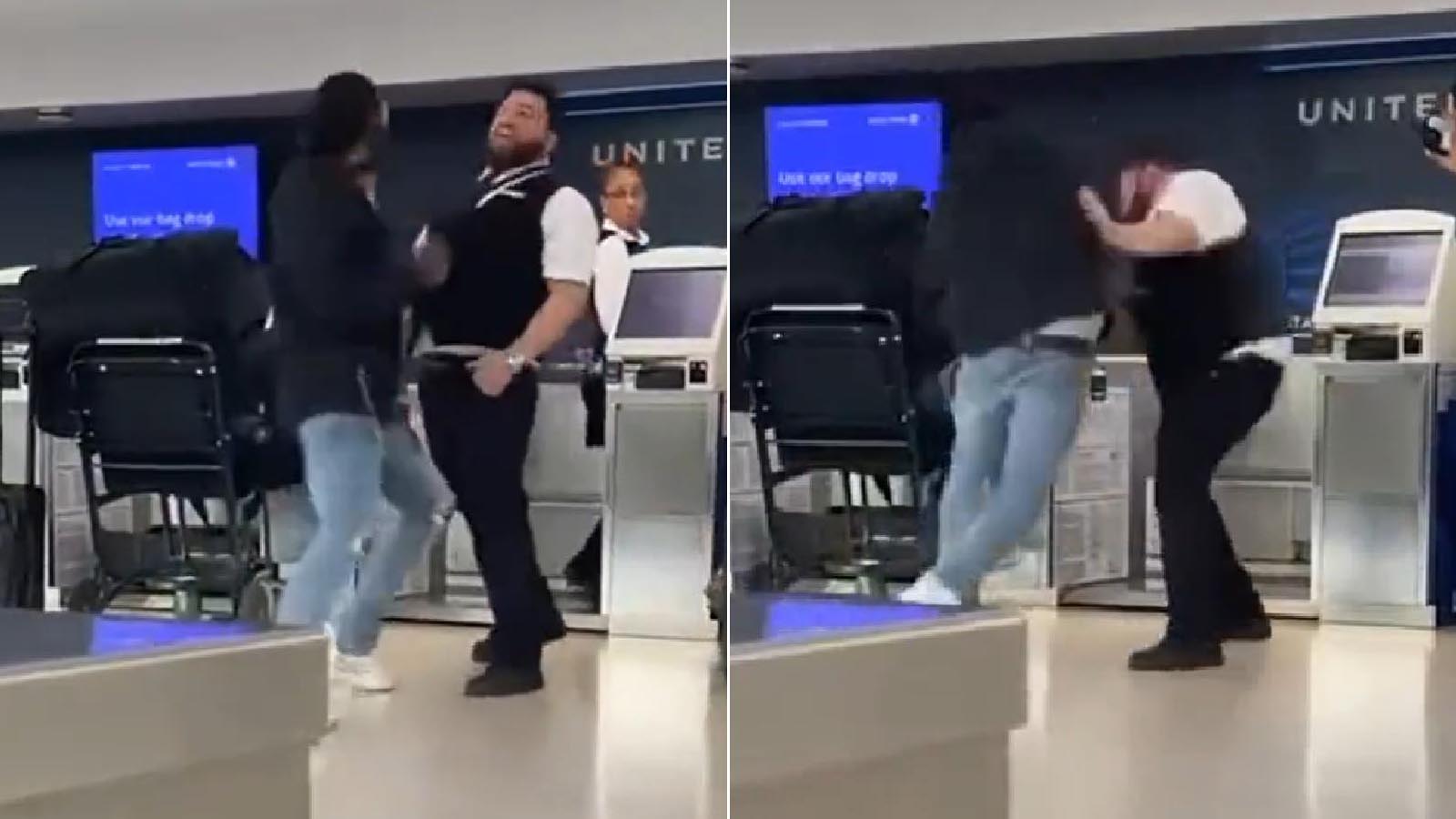 Shocking video captured the moment a former NFL player squared off with a United Airlines employee in a violent scuffle at Newark Airport last week.

Langley, 27, then unleashes a flurry of blows that sends the worker reeling.

The dazed, uniformed staffer then puts up his dukes and proceeds to slap the much-larger athelete across the face.

“You saw that s—?” Langley shouts at a bystander before delivering a punch that sends the worker to the floor and left him bleeding from the head.

The bloodied United worker stumbles back on his feet and confronts the football player again.

Meanwhile, cries to “stop” can be heard in the background amid the brawl.

Langley, who is now a receiver for the Calgary Stampeders in Canada, was arrested Thursday and charged with simple assault, according to TMZ.

It is unclear from the footage who exactly threw the first punch but the airline worker has not been arrested, the outlet added.

Another video shared online of the incident appeared to show Langley land the first blow.

The bloody skirmish is believed to have began when Langley used a wheelchair to transport his luggage — instead of a luggage cart which cost $5, the Daily Mail reported.

Langley addressed the incident on Twitter Thursday, writing: “yall aint off the hook… worst customer experience in the entirety of my life on Heaven!!!!”

He then claimed in a tweet Monday, after TMZ first reported on the story, that he was assaulted by the United worker and was defending himself.

A United rep told The Post in an email that the company “does not tolerate violence of any kind at our airports or on board our planes and we are working with local authorities to further investigate this matter.

Meanwhile, adding to the mayhem, a singer named Larren Wong initially claimed to be the man in the viral video — and several outlets identified him as the passenger.

Langley also hit out at his impersonator on Twitter.

“Struggling artist do anything for pennies,” the athlete wrote, tagging Wong.

The University of Georgia star was drafted in the third round of the 2017 draft and made 16 appearances in the NFL before moving to Canada this year.

This shows it earlier on but doesn't help explain much.pic.twitter.com/Hz5KDBaJME