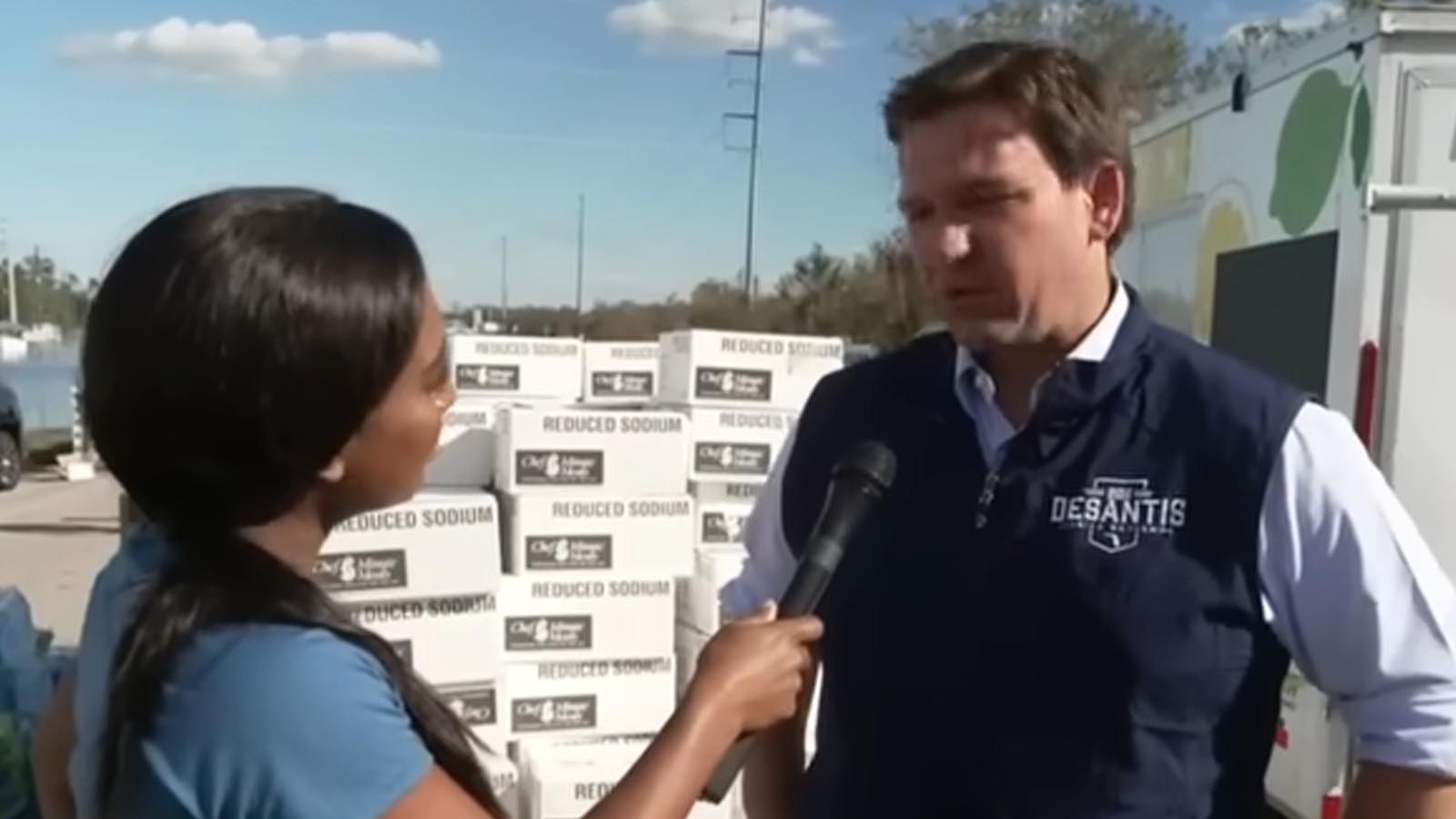 CNN apparently thinks Nadia Romero nailed Florida Gov. Ron DeSantis to the wall with her questions regarding evacuations from Lee County and other areas of Florida prior to Hurricane Ian making landfall Wednesday afternoon.

I say that because of the headline the network chose to put on the video of that questioning: “CNN reporter presses DeSantis about Florida evacuation orders.”

OK, sure, I suppose Romero “pressed.” But that headline is missing a key fact about the exchange.

“Why do you stand behind Lee County’s decision to not have that mandatory evacuation until the day before the storm?” Romero asked. Implicit in that question, of course, is her criticism. Romero cannot believe that DeSantis can do anything right, and therefore his standing behind Lee County must have been wrong.

I think she might have forgotten with whom she was dealing for just a moment.

“Where was your industry stationed when the storm hit?” DeSantis responded. “Were you guys in Lee County? No. You were in Tampa. So that’s, you know, they were following the weather track and they had to make decision based on that.”

The governor explained that the storm’s track changed significantly in the days and hours prior to Ian’s landfall, and therefore towns, counties — and reporters for failing cable news outlets, presumably — had to adjust as predictions changed.

Romero then asked a follow-up that seemed to indicate that she either hadn’t listened to DeSantis’ answer or hadn’t understood it.

“Some other neighboring counties, though, did have mandatory evacuations before Tuesday,” she said. Which is essentially what DeSantis had just said — counties that may not have needed those orders issued them because that’s where it looked like the storm was going.

“I think it’s easy to say in hindsight — we had most of our supplies stationed in the Tampa Bay area; as that track moved, we shifted our response further south as well,” he said.

You know … like the media did. (He didn’t say that part out loud, but you can almost hear it in his tone.)

Romero wasn’t going to let up so easy, though, and asked DeSantis if he planned to “review” Lee County’s decisions once the immediate recovery efforts were completed.

Again, it’s what DeSantis didn’t say that matters most. He didn’t say “No.” But he did argue that the timing of the evacuation order was irrelevant — which would render any subsequent review of that timing equally irrelevant.

“They informed people, and most people did not want to do it,” he explained. “I mean, that’s just the reality. So, you’re in a situation, are you going to grab somebody out of their home that doesn’t want to [go].”

Yes. Yes, that’s exactly what CNN would have a governor do in this situation. It’s a classic example of elitist thinking — we know better than you, so we’ll make you do what we think is best for you, whether that means evacuating your home before a storm, getting a vaccine shot before a pandemic, or ditching your gas-burning car before global warming does whatever Al Gore says this week that it’s going to do seven years from now.

“I don’t think that’s the appropriate use of government,” DeSantis said. “I think that takes it a little too far.”

I’m with Gov. DeSantis on this one, but you can watch the video and decide for yourself who got the better of the other in this “pressing.”

DeSantis understands what legacy media outlets want to do to him and he just doesn’t care. It’s one of the attributes of the Florida Republican that has so many people talking about him as a 2024 contender.

If he handles a presidential debate the way he handed this interview, that talk is going to turn out to be justified.