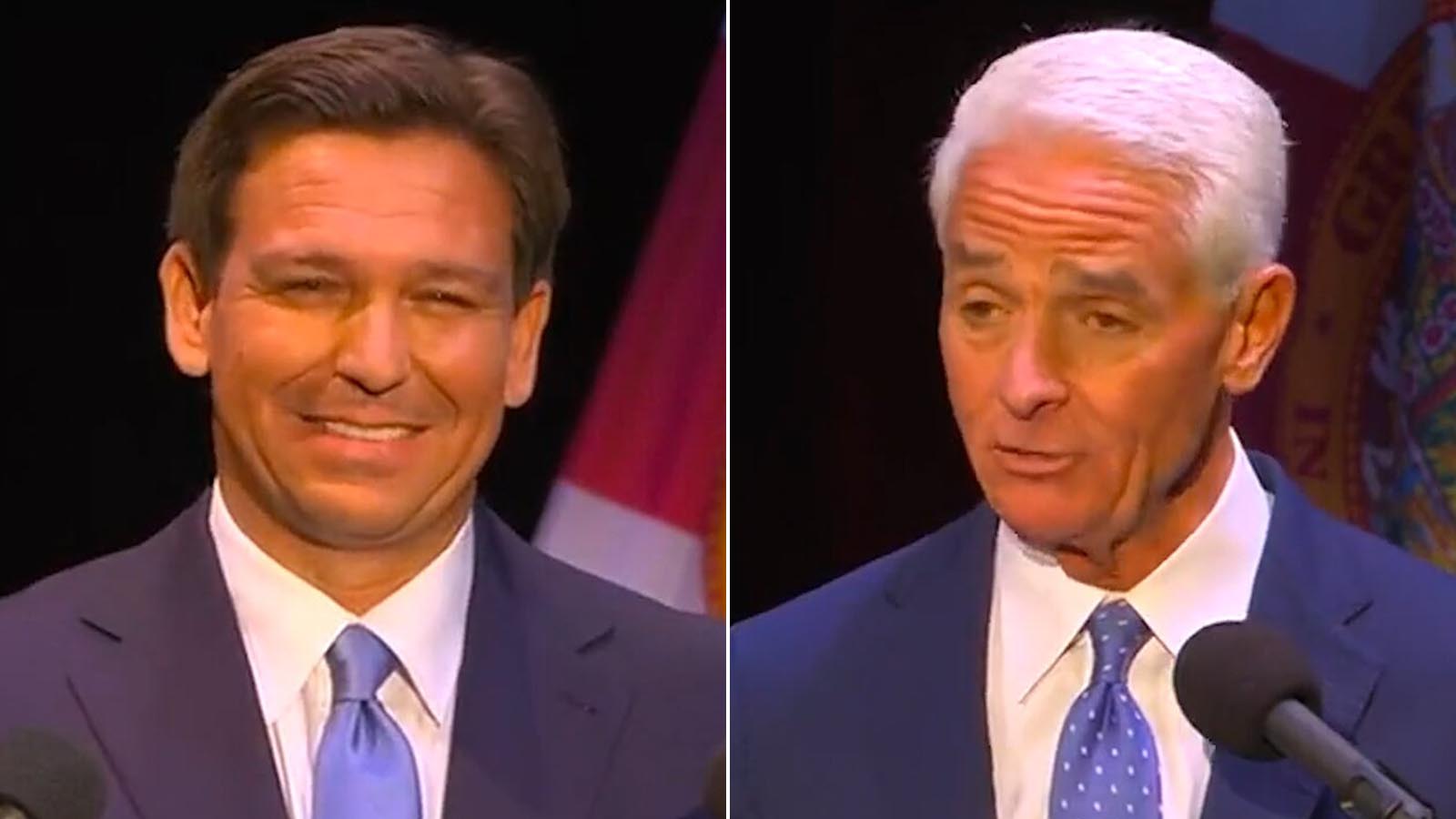 The debate was originally scheduled for October 12th but was postponed in the wake of the devastation that was caused by Hurricane Ian.

The debate comes as DeSantis has far out-raised and outspent Crist in the election and is widely projected to win next month’s race.

Crist’s on Desantis for his handling of the hurricane comes after DeSantis’ top political rival, President joe Biden (D), praised DeSantis’ response to the natural disaster. “What the governor’s done is pretty remarkable,” Biden said earlier this month. “I think he’s done a good job.”

“Look, I’m proud that we had 42,000 linemen staged, ready to go, an unprecedented array of first responders,” DeSantis said during the debate. “We were able to get in in a record time, effectuate thousands of rescues, get the power back on for millions of people in record time.”

DeSantis then turned his focus to Crist and what Crist was doing during and after the hurricane hit the state.

“You know what he was doing during this? He was hiding out in Puerto Rico,” DeSantis said. “He wasn’t helping his community here. And then when he got back, what did he do? His campaign was soliciting campaign contributions from storm victims. That is unacceptable and that’s not what a leader would do and a time of despair.”