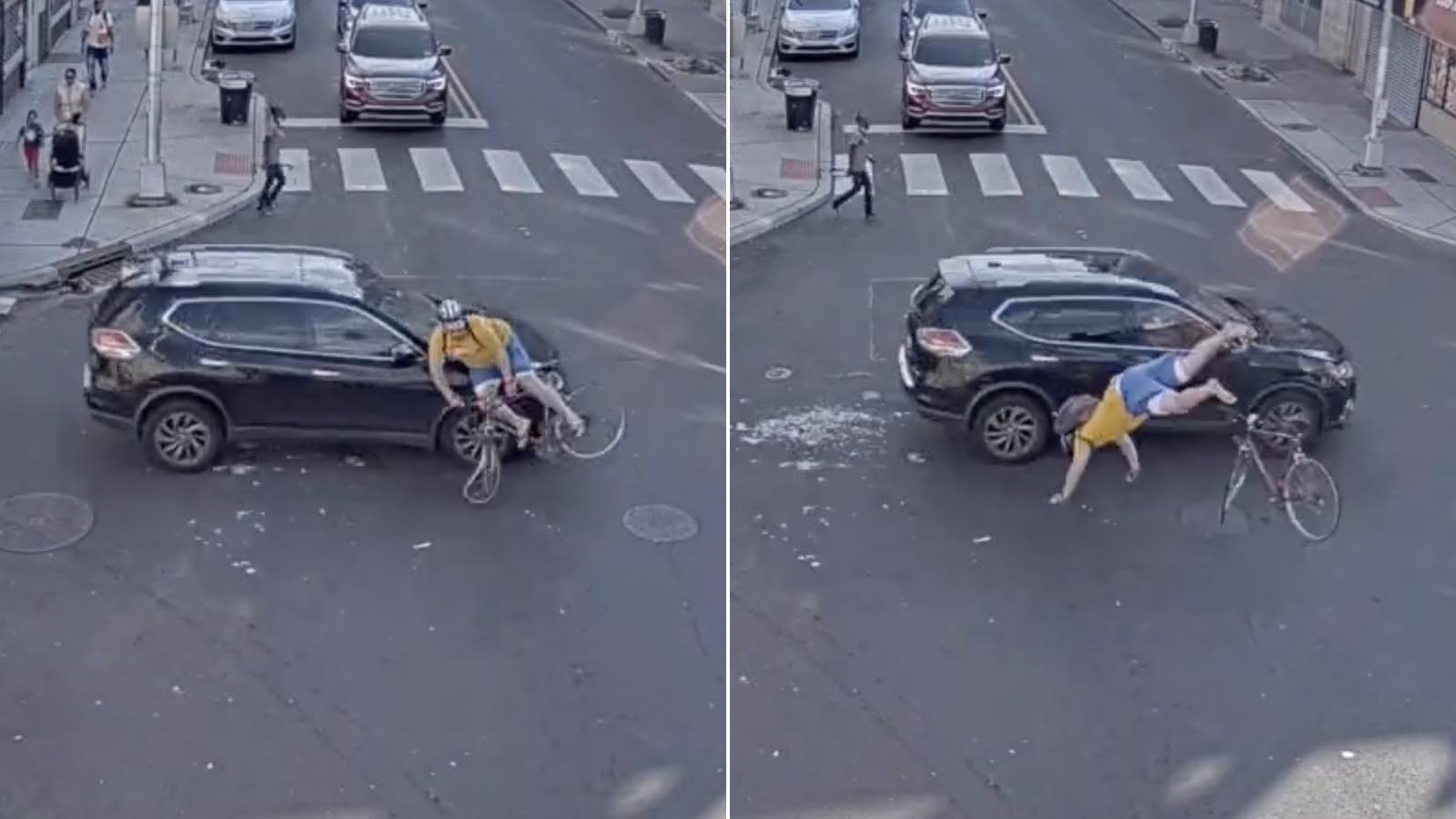 Imagine finding out that the hit-and-run motorist that injured you is your Democrat city council representative.

DeGise appeared to have the right of way when she collided with delivery cyclist Andrew Black on July 19, according to the New York Post.

However, video footage of the crash shows a Nissan Rogue driving on after the collision, seemingly not stopping after what could’ve been a fatal accident.

At least one Jersey City councilman has called for DeGise to resign from the Jersey City Council over her involvement in the incident. Denise has been charged with failure to report an accident and leaving the scene, according to New York WCBS.

Black, a devout Mormon, is pointing to his lack of physical injuries as a sign of divine intervention.

In an interview with hudpost.com, the delivery cyclist has said the collision has left him with post-traumatic stress disorder.

Black was surprised to learn that the motorist that drove away from the accident was a Jersey City elected official.

“Someone of prestige [who is] demanding to uphold and clean our streets or whatever they’re calling it… can’t even do it themselves,” said the 29-year-old man. “It really upset me.”

DeGise identifies herself as the chairwoman of the Hudson County Democrats on her Twitter page.

The councilwoman, who is the daughter of longtime Hudson County Executive Tom DeGise, declined to get into specifics of the accident in a statement provided to the Hudson County View.

“I acknowledge this unfortunate event yesterday and I’m thankful that no one was seriously hurt.”

“While the traffic summons that was issued is dealt with in court I will not be able to make any additional comment at this time.”

When asked about the incident, Jersey City Mayor Steve Fulop criticized DeGise’s actions without calling on her to resign.

“You should never leave the scene of a crash. I think the responsible thing is to wait for law enforcement and follow the law,” said Fulop, according to the New Jersey Globe.