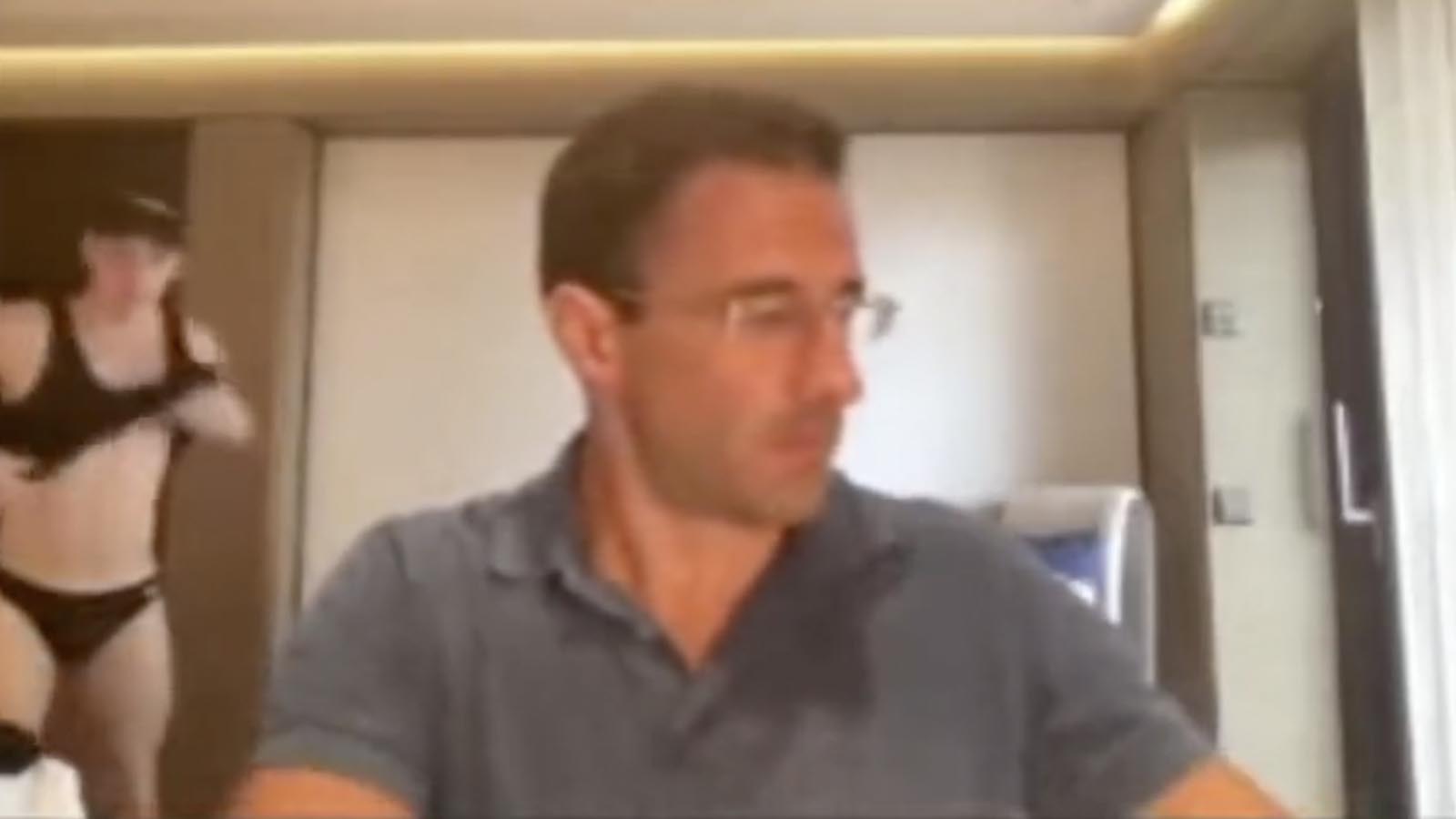 An Arizona Democrat broadcast a camera mishap live into a meeting of the Pima County Board of Supervisors on Tuesday.

Supervisor Matt Heinz quickly turned off his laptop camera after a half-naked man entered the field of view during the live county meeting.

Heinz regularly appears in county supervisor meetings remotely, citing the fear of exposure to coronavirus despite the fact he works as an emergency room doctor, according to the Arizona Daily Independent.

During a Pima County Board of Supervisor’s Meeting today, there was an accidental appearance in the background on Matt Heinz’s video feed. pic.twitter.com/c1G9uKF3Ts

He has reportedly used Zoom to attend several meetings on board what appear to be cruise ships.

Wow Matt Heinz really has a lot going on during his supervisor meetings https://t.co/oCu8p9G3O7

Former Pima County Supervisor Ally Miller tweeted that she was already shocked by an alleged marijuana incident in a county building, and this video just made her view of the Board of Supervisors worse.

I thought the pot smoking on the 11th floor of Pima County BOS was bad enough. Now we get to view cruise ship activities of the Board of Supervisors. Praying Dr. Heinz doesn’t get covid . @GarretLewis https://t.co/hpQgEoCn1Q

Miller also claimed that Heinz was appearing via teleconference from a cruise ship during the meeting in question.

The other members of the county board did not appear to have reacted to Heinz’s camera mishap, and Heinz reappeared on his live feed seconds after cutting off his camera.

Heinz has not spoken publicly about the incident.

Heinz has frequently advertised his partisan liberal views on his personal Twitter feed, including advocating for abortion and putting down former President Donald Trump.

This election, I voted for truth, facts, safeguarding democracy, opportunities for DREAMers, confronting the climate crisis, and for reproductive rights. Here are my picks for some of the most crucial state and local elections, and for the propositions on our ballots: pic.twitter.com/QJvDHxw8Gp

@RepMcSally, then how do you justify voting with @POTUS Trump's bigoted agenda over 95% of the time? https://t.co/UalpscDs1r

Masks in schools are a public health imperative as Delta spreads in kids. Check out my opinion piece in @TucsonSentinel: https://t.co/PL199Cj9AK

It blows my mind that Arizona can't find money for COVID testing amid a global pandemic, but the Republican-led state Senate is willing to waste millions of taxpayers dollars continuing to push the Big Lie that Trump won the 2020 election.

Heinz formerly served as a member of the Arizona House of Representatives and as an Obama administration appointee, according to his biography.