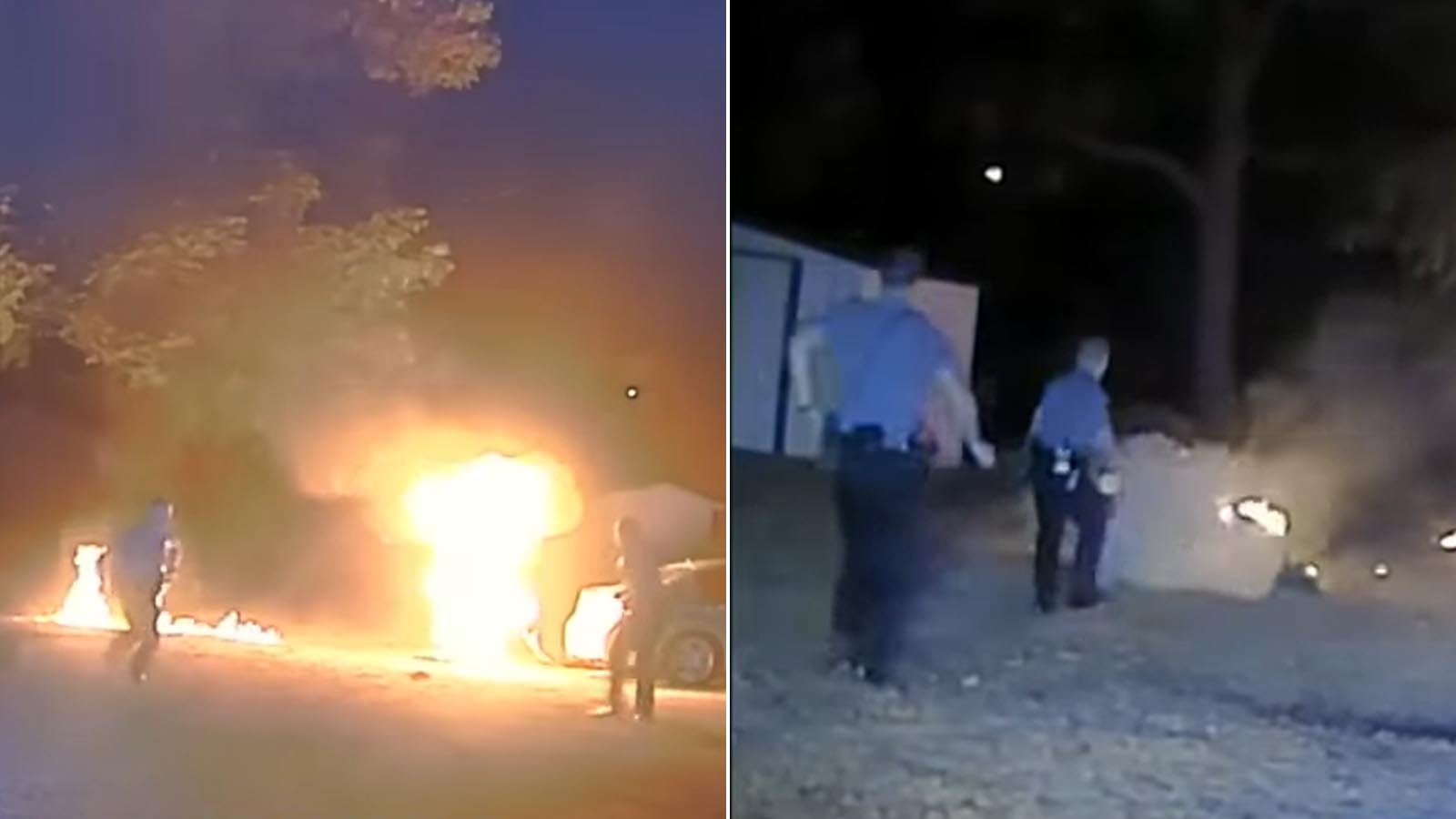 It’s been said many times: Resisting arrest is a bad idea. Such a lesson was particularly punctuated in Arkansas earlier this month.

According to dash cam video, just after 1 a.m. on October 13th, police spotted a man on a black sport bike without a license plate in Little Rock. When the cruiser activated its lights, the cyclist sped off.

The breakaway biker shot through residential areas at speeds surpassing 90 miles per hour. He raced through stop signs and red lights and into oncoming traffic, at one point nearly crashing into another vehicle.

Once on the freeway, his hightailing topped out at 120 mph.

After nearly 10 minutes, the on-the-lam lawbreaker cut across a Kroger parking lot and into a neighborhood. He grounded his crotch rocket near a tree and attempted to ditch the fuzz on foot. But the long arm of the law caught up.

The man had boldly blazed through town as if imagining he was John Wick. The comparison proved particularly apt — minus the “John.” As captured on camera, a member of the Arkansas State Police unholstered his taser and fired on the fleeing felon. When the barbs reached the suspect and delivered their jolt of justice, the culprit blew up like the Death Star. His torso burst into a furious fireball that consumed the rest of him.

One trooper shouted the obvious — “He’s on fire!”

The human torch ate dirt, rose up, stumbled forward then face-planted. After a time tumbling, he returned to his feet and ran in the opposite direction. That didn’t last long — he slammed into the soil, twirling like a Fourth-of-July Jumping Jack.

At some point, he decided he’d like to be friendlier with the cops and less on fire. Hence, his affable requests:

Police fetched an extinguisher and put him out.

“I can’t breathe!” he complained to the officers.

“None of us can. Put your hands behind your back.”

Another cop added, “Good reason not to run, man.”

#Arkansas
*potentially disturbing*
Dashcam video (reportedly in Little Rock) from October 13th shows a pursuit suspect on a motorcycle fleeing from police on foot when a taser is used; igniting the suspect into a roaring fireball. They apparently had a jerrycan in their backpack. pic.twitter.com/hFqVqzMVLe

Unbeknownst to the troopers, the suspect had a canister of gas in his backpack. The taser prongs likely punctured the can.

Burns were mostly superficial, but obviously very painful. He is expected to make a full recovery.

He was reportedly taken to the Arkansas Children’s Hospital, which houses a special burn unit.

See the entire 30-minute video below: