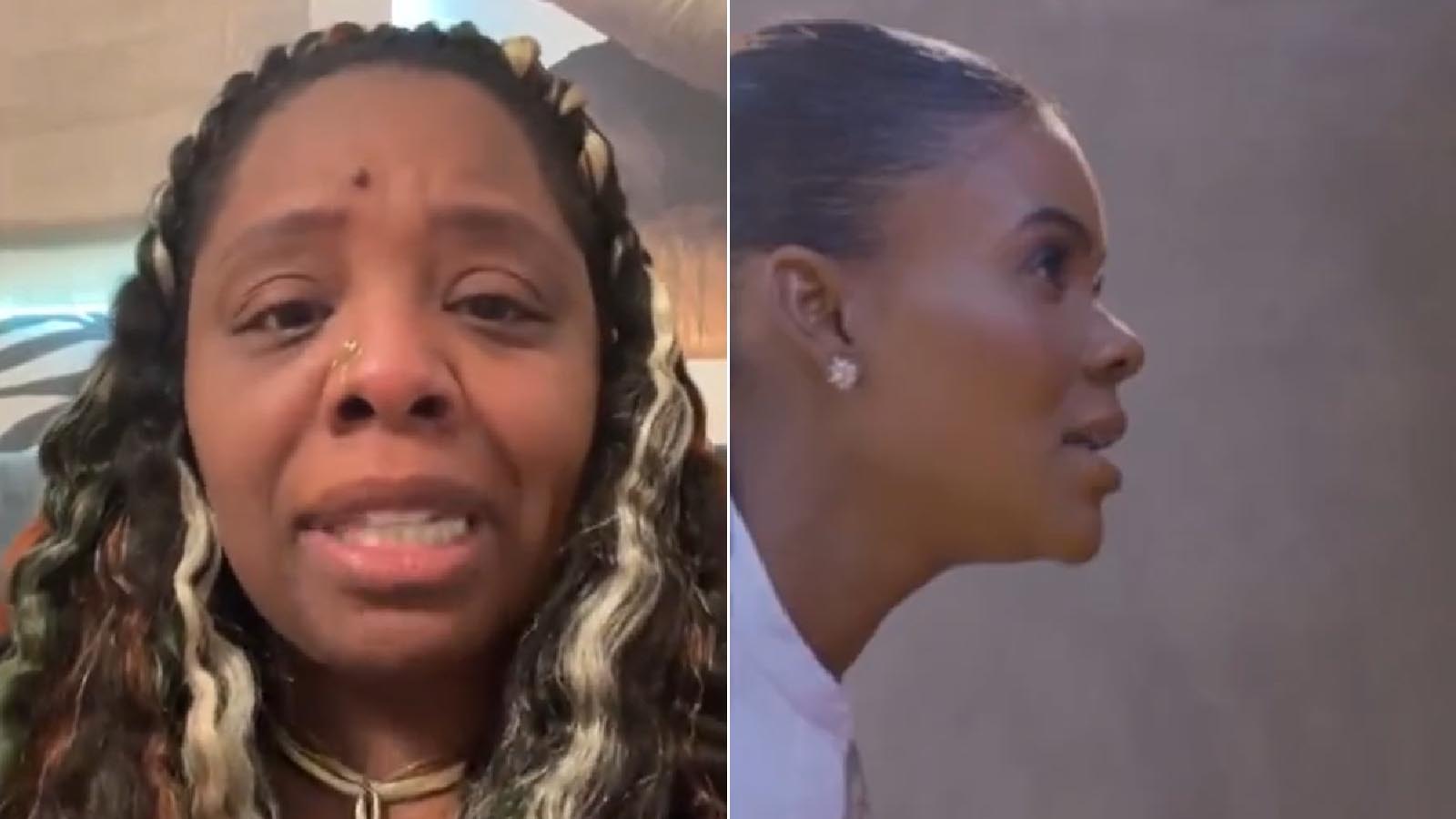 Black Lives Matter co-founder Patrisse Cullors took to social media to garner sympathy from followers after claiming conservative news host Candace Owens “harassed” her, though Owens has the footage to prove she didn’t.

In an Instagram video, Cullors tearfully sobbed saying she was harassed outside her $1.4 million Los Angeles mansion.

In the clip, Cullors is heard, through all the fake tears, that she was “shaken by the encounter.”

Almost 1 million views. BLM Founder Patrisse Cullors has decided to remove the video of her fake crying and lying from Instagram.

Sunlight is the best disinfectant. https://t.co/yUz7B4IZ9U

However, Owens says she never actually spoke with Cullors, and pointed out that Cullors restricted replies on her Instagram video.

In response, Owens posted her own Instagram video of the incident, clarifying that she showed up with her small film crew and spoke to a white security guard through the gate. She volunteered to leave as he was not answering her questions.

Owens, in addition to shutting down Cullors’ “crocodile tears,” can at one point can be seen offering to leave the premises, saying “we’re not trying to harass you.”

Cullors claims the host made her feel “unsafe” behind her fenced in, guarded million dollar mansion. Though, if an eight month pregnant woman made her feel supposedly unsafe, how does she think the thousands of business owners and residents felt when her organization was terrorizing cities across the country?

In Cullors’ video, she says “it’s unacceptable and dangerous for anybody, any stranger, to come outside of my house,” which seems like a double standard given the destruction her group has caused.

Meanwhile, this comes a week after Cullors, who resigned from BLM’s Global Network last year, admitted that she lied about denying using the 6,500 square foot, $6 million L.A. property for business amid facing a probe over how the group’s funds were handled.

On May 23, Owens is releasing a documentary capturing the “clown world and absolute fraud that BLM is,” a point she also doubled down on in her Instagram video responding to Cullors.

Cand*ce Ow*ns' shameful attempts at journalism further prop up a dangerous right-wing agenda that propagates racist tropes, seeds division and incites violence against Black people. Our movements & our leaders have faced these types of attacks for generations. It's all by design.

In a tweet from May, where replies were also restricted, Black Lives Matter responded by going after Owens, though they curiously refused to spell out her name. The tweet accused her of “prop[ping] up a dangerous right-wing agenda that propagates racist tropes, seeds division and incites violence against Black people,” claiming such “attacks” were “all by design.”