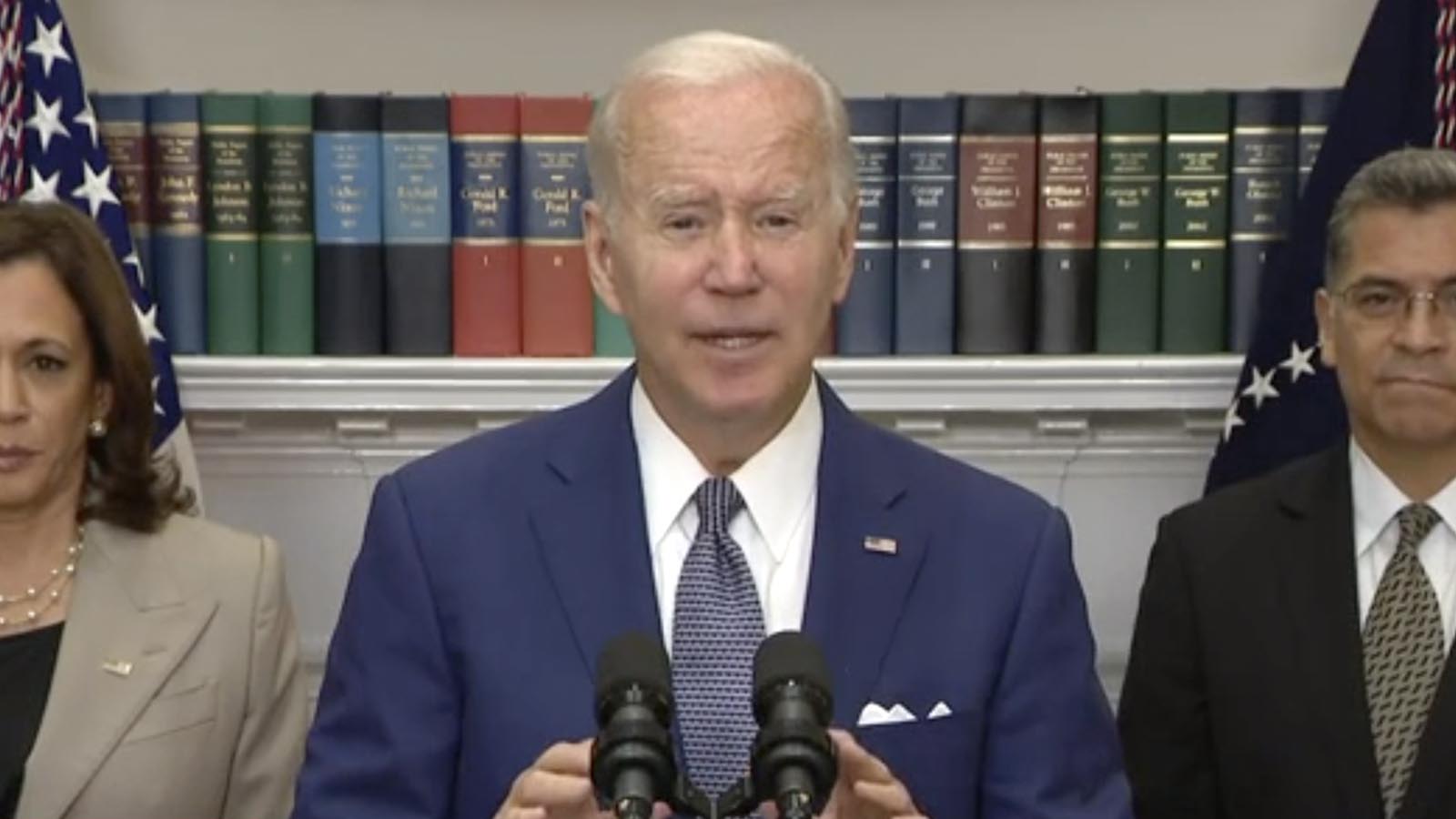 Biden first made the mistake of reading the teleprompter, exclaiming “end of quote.”

Biden claimed the Supreme Court’s overturning of Roe v. Wade had nothing to do with the law but rather a deep “antipathy toward Roe and the broader right to privacy.”

Biden said the judgement was an “exercise in raw political power” by the high Court. Biden then encouraged voters to hit the polls in order to get two more pro-choice senators to codify Roe v. Wade.

“One of the most important extraordinary parts of the decision, in my view, is the majority writes, and I quote — I’m going to quote now from the majority — ‘Women are not without electoral or political power, it is noteworthy that the percentage of women who register to vote and cast a ballot is consistently higher than the percentage of the men who do so,’ end of quote, repeat the line.”

“That’s another way of saying, you, the women of America, can determine the outcome of this issue,” Biden continued. “I don’t think the Court, or for that matter the Republicans who for decades have pushed the extreme agenda, have a clue about the power of American women, but they’re about to find out in my view.”

Biden signed an executive order Friday to protect women’s “access to reproductive health” in the wake of the overturning of Roe v. Wade.

The order aims “to protect and expand access to abortion care, including medication abortion” and “protect and expand access to the full range of reproductive healthcare services, including actions to enhance family planning services such as access to emergency contraception” and “share information about how to obtain free or reduced cost reproductive healthcare services.”

Despite Biden’s appeal to voters over abortion, economic issues top Americans’ list of major concerns, according to a recent Monmouth University poll. Sixty-three percent of those polled listed inflation, gas prices, the economy and everyday bills and groceries as the most important concerns.