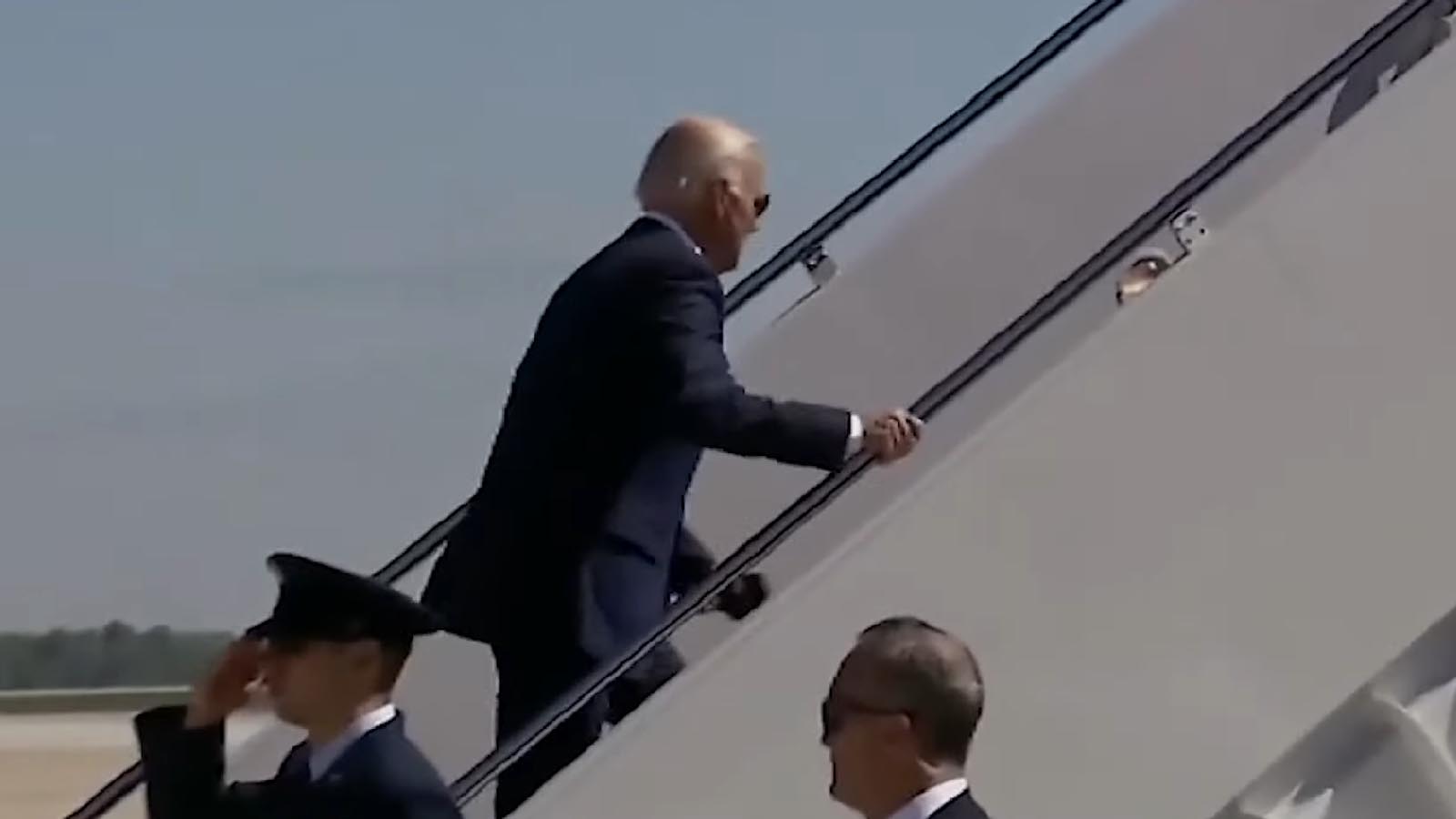 President Joe Biden had another less than graceful walk up the Air Force One air stair ramp Wednesday.

Biden, 79, appeared to momentarily lose his balance as he walked up to the presidential plane at Andrews Airforce Base en route to Illinois, footage shows.

Despite the brief blip, the commander and chief boarded the plane without incident, holding the rail with his right hand as he ascended.

Biden was in Illinois to visit a farm where he blamed Russia’s invasion of Ukraine for increased global food prices. He also hosted a Chicago fundraiser and met with union supporters.

The president had previously slipped and fallen while boarding the plane in separate incidents that raised the eyebrows of some who have questioned if the septuagenarian president is in good health.

In November, doctors found him “fit for duty,” but noted his “gait is perceptibly stiffer and less fluid” than it was in 2020, and said “significant spinal arthritis” was partially to blame.