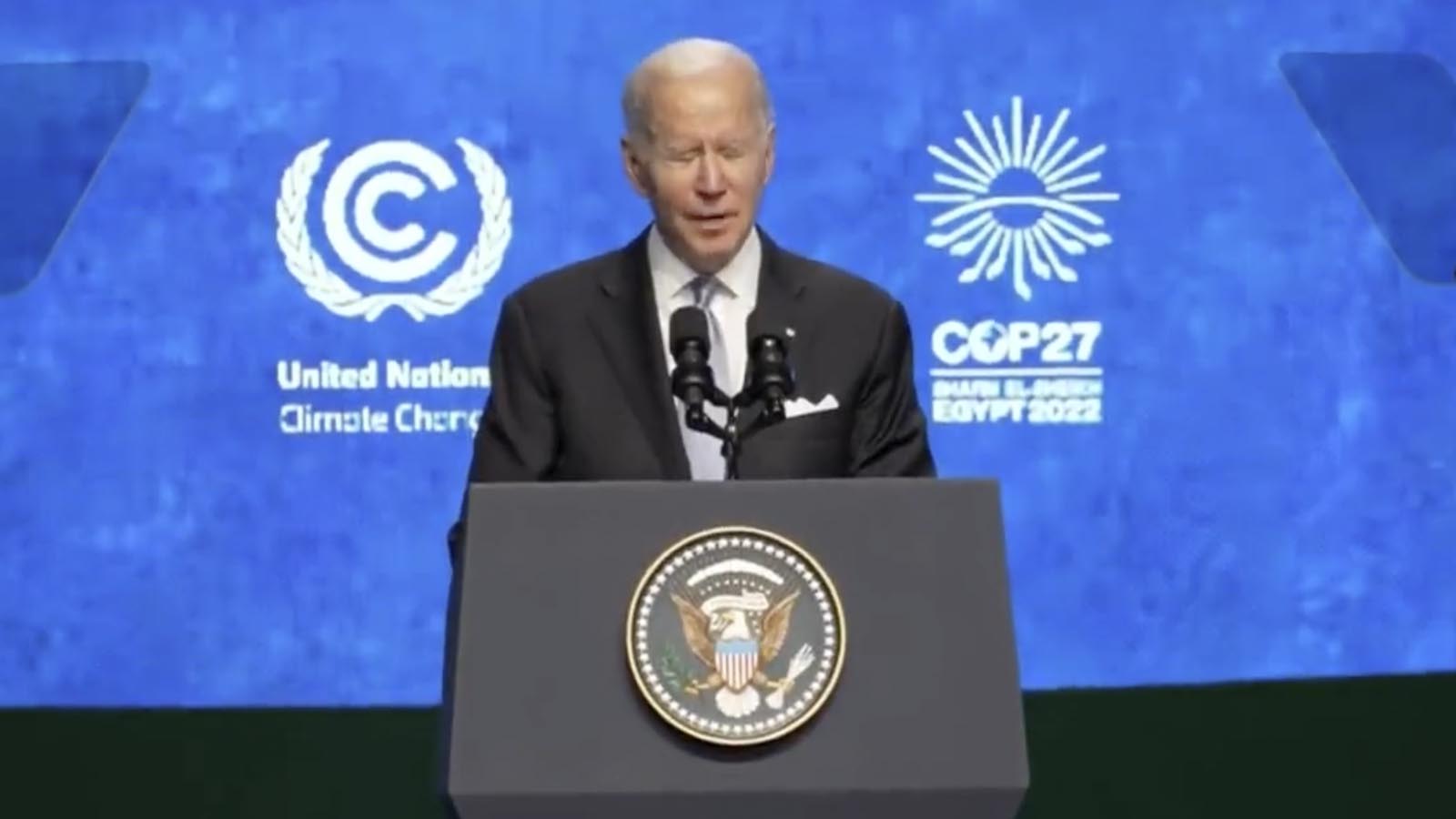 President Joe Biden once again faced off against his formidable foe, the teleprompter, to disastrous results.

Biden was speaking to world leaders at a United Nations climate conference in Sharm El-Sheikh, Egypt, on Friday when he fumbled over a simple phrase that he was unable to read coherently.

It’s almost as painful to watch as it must have been for Biden to flub this apparent tongue-twister.

“I was reading their quote. Sorry.” pic.twitter.com/3XFbJN9BqU

Biden is the oldest president in the nation’s history, and has looked every bit the part from the moment he took office.

In fact, it was during his incredibly low-key pandemic-era presidential campaign that the public was first made starkly aware that something was seriously amiss. It was a running joke during the 2020 campaign that Biden was being holed away in his basement by campaign handlers.

Yet it was from the basement that the aging career politician was seen apparently using a teleprompter for what was supposed to be a casual interview.

Once he assumed office, Biden’s handlers deployed the teleprompter as is common for formal speeches, yet time and time again, he faced off against this nemesis and… lost.

Joe Biden spells out the letters in “dot,” as in the punctuation, while reading the name of a website off the teleprompter.
pic.twitter.com/EqpfLdSuSc

Joe Biden finishes reading a sentence from the teleprompter with "…end of quote. Repeat the line."pic.twitter.com/haS5pIldDh

What is particularly bad about this week’s flub is that, not for the first time, Biden’s struggles with rather simple verbiage took place on the world stage as part of the president’s attempt to make our country look good before critical international eyes.

One imagines that failed.

As The New York Times reported, Biden had been in the middle of trying to explain to world leaders that the U.S. can “turbocharge the emerging global clean energy economy.” Attendees of the event appear to have been unconvinced on this point.

Biden assured delegates that “we’re proving that good climate policy is good economic policy,” but the Times noted that his comments “did not satisfy” some in the audience “who were looking to hear specifics, especially on commitments to poorer countries that are struggling with damage from climate change, but have done little to cause it.”

Now, if you’re like me, you’re probably thinking of 15 tangents on the topic of the Biden administration’s climate agenda and the “green” policymaking that threatens to undo the global economy as we know it.

So just consider that Biden is out there stumping for a globalist “green” agenda that is already terrible on its own, and he’s making our nation look terrible while doing it.

Just as “climate colonialism” and modern statism are leading to the erosion of national sovereignty, independence and liberty around the world, we have a president who appears to be eroding right before our eyes on the world stage.

It’s like watching a free America, and a free world, fade away. How fitting.