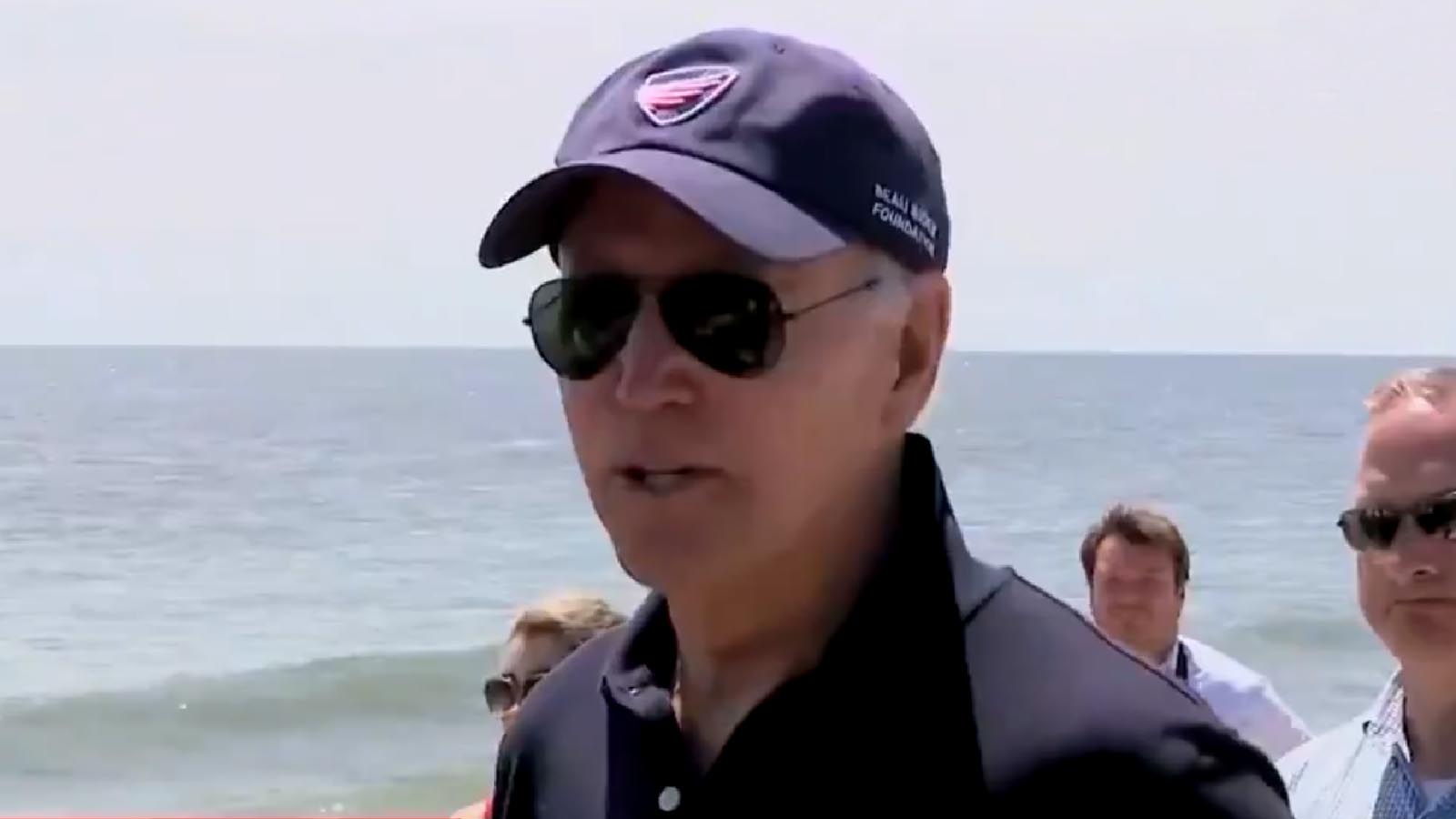 There are some things that you just know are true. I knew the New York Giants weren’t going to beat the Los Angeles Rams last year who went on to win the Super Bowl. And we all knew that Joe Biden was never going to be a good president.

With every passing day, the man just can’t fill the office. He doesn’t have the presence. He always looks small, and it doesn’t help that he’s heading towards becoming more of the custodian at the White House than a leader of it. He and his super diverse group of women, people of color, and LGBT folks are piss poor at governing.

What have they solved? Nothing. Inflation is being blamed on Putin and the Ukraine war. How long will they keep peddling that talking point before someone tells them it hasn’t worked…for months.

Blaming the Russians might get inner-city progressive whites’ rocks off, but it does nothing to help black voters, suburban moms, and young people—the three groups that Democrats need most and the ones being hammered the most by the Biden economy.

Credit where it's due: CBS anchor Margaret Brennan grilled the Biden administration for their failure to see inflation coming despite the numerous warning signs. https://t.co/zLOBvcRnH7

The economy shrank last quarter. The next quarter is bound to be the same story. Two consecutive quarters of this is a recession. You all know the rules here. You could argue that we’re already in a recession. It will be made official soon enough. When asked about this at the Delaware Shore, Joe Biden snapped at the reporter, saying that the majority of his people don’t see that coming. He also said the reporter was acting like a Republican politician. He later said he was joking. Was he? Also, can someone tell Biden his own economic team does not count?

Biden snaps at reporter asking about economists forecasting a recession: “The majority aren’t saying that. Don’t make things up, OK. Now you sound like a Republican politician. I’m joking, that was a joke, that was a joke.” pic.twitter.com/95DjBfdn0y

To everyone who thinks you should let Biden be Biden (he's a thin-skinned pol, man): https://t.co/AtBJxCHADq

Biden thinks if he gets on the trail more, things will improve for his approval numbers and that of his party ahead of the midterms. Yeah, not with these interactions which defies reality. We’ve all heard stories about how arrogant Biden is—how he’s really a cranky old man who can’t stand people disagreeing with him. You have this outburst, plus him falling off a bike which only adds to the narrative that this man is old, fragile, and stupid. Letting Biden be Biden will only lead to continued dismal approval ratings, so please—keep him out there. Biden has a rather interesting belief that his power of persuasion is what’s key to saving him. It couldn’t be further from the truth. Maybe we also saw why this administration allows crises to linger and eat away at the country like a cancer. He simply doesn’t believe that anything is wrong.