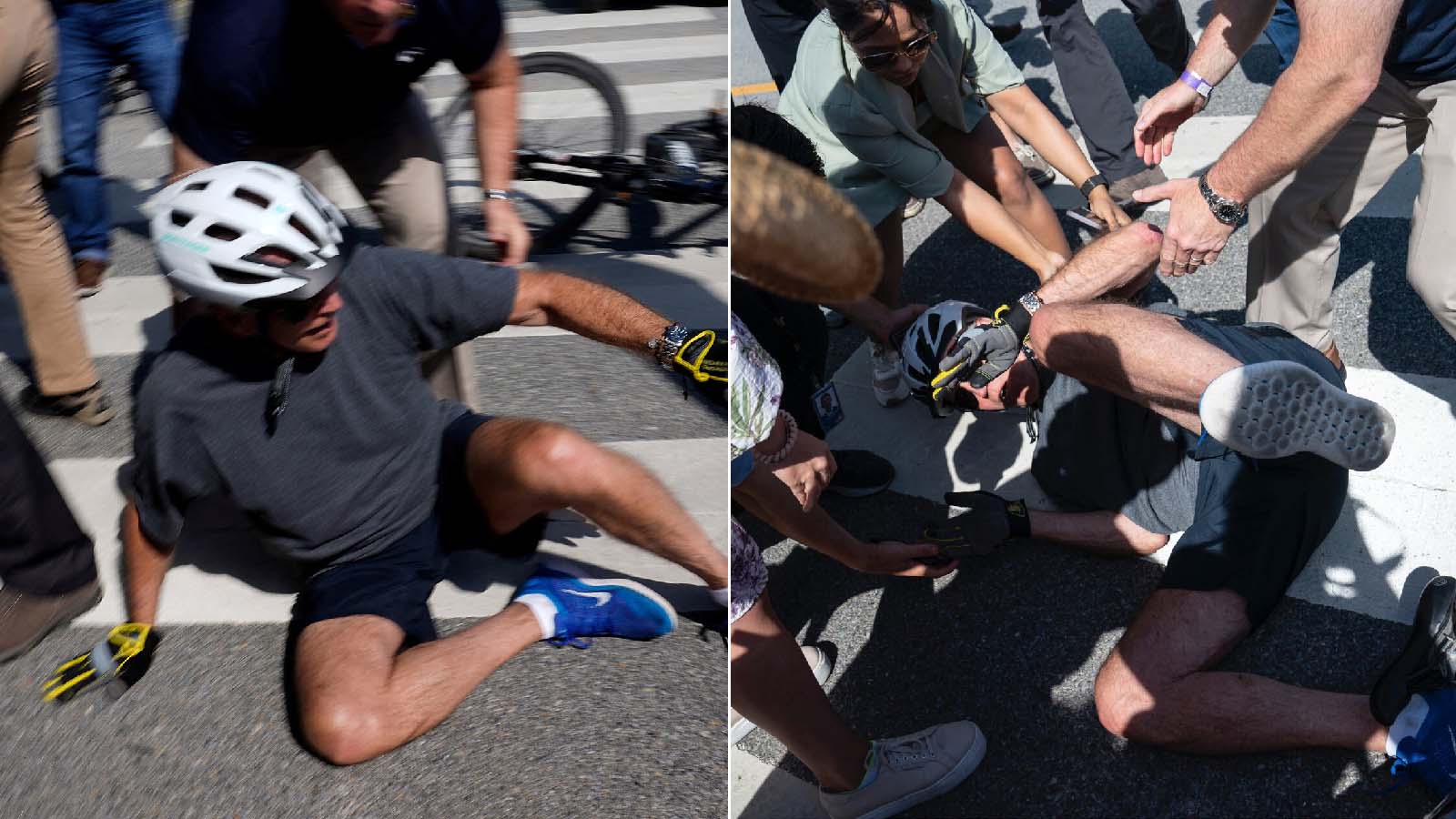 President Joe Biden took a spill on Saturday morning during a bike ride near his Delaware beach house.

President Biden, 79, was on his bicycle when he rode toward members of the public around 9:40 a.m. at the Cape Henlopen State Park near his home in Rehoboth Beach, Delaware.

Video shows Biden slow down as he gets in close proximity to the crowd, but then suddenly falls to the ground.

The president was wearing a helmet when he fell off his bicycle, but does appear to crash on the pavement fairly roughly on his right shoulder and arm.

Here’s footage I took of President @JoeBiden falling over on his bike this morning in Rehoboth. pic.twitter.com/hCt1af0pFU

He did not appear to be seriously injured, and told reporters, “I’m good.”

President Biden said that his foot got stuck in the bike’s toe cage, which caused him to fall to the street.

“Alright guys, see you,” Biden told the press before getting back on his bicycle and riding away.

This ride turned out to be a bit more eventful than expected. @POTUS fell off his bike — he said he got his foot caught — but quickly got up and chatted with the pool and Delaware bystanders. He said he will talk to Xi soon and is in the process of making up his mind on tariffs. pic.twitter.com/PDcHJmCxsC

The president and first Lady Jill Biden are celebrating their 45th wedding anniversary at their Delaware beach house.

In March 2021, President Biden tripped and fell multiple times while walking up the stairs to Air Force One.

Earlier this month, Biden lost his footing while walking up the stairs to Air Force One.

Trump has responded to the Biden Bike video on Truth Social: