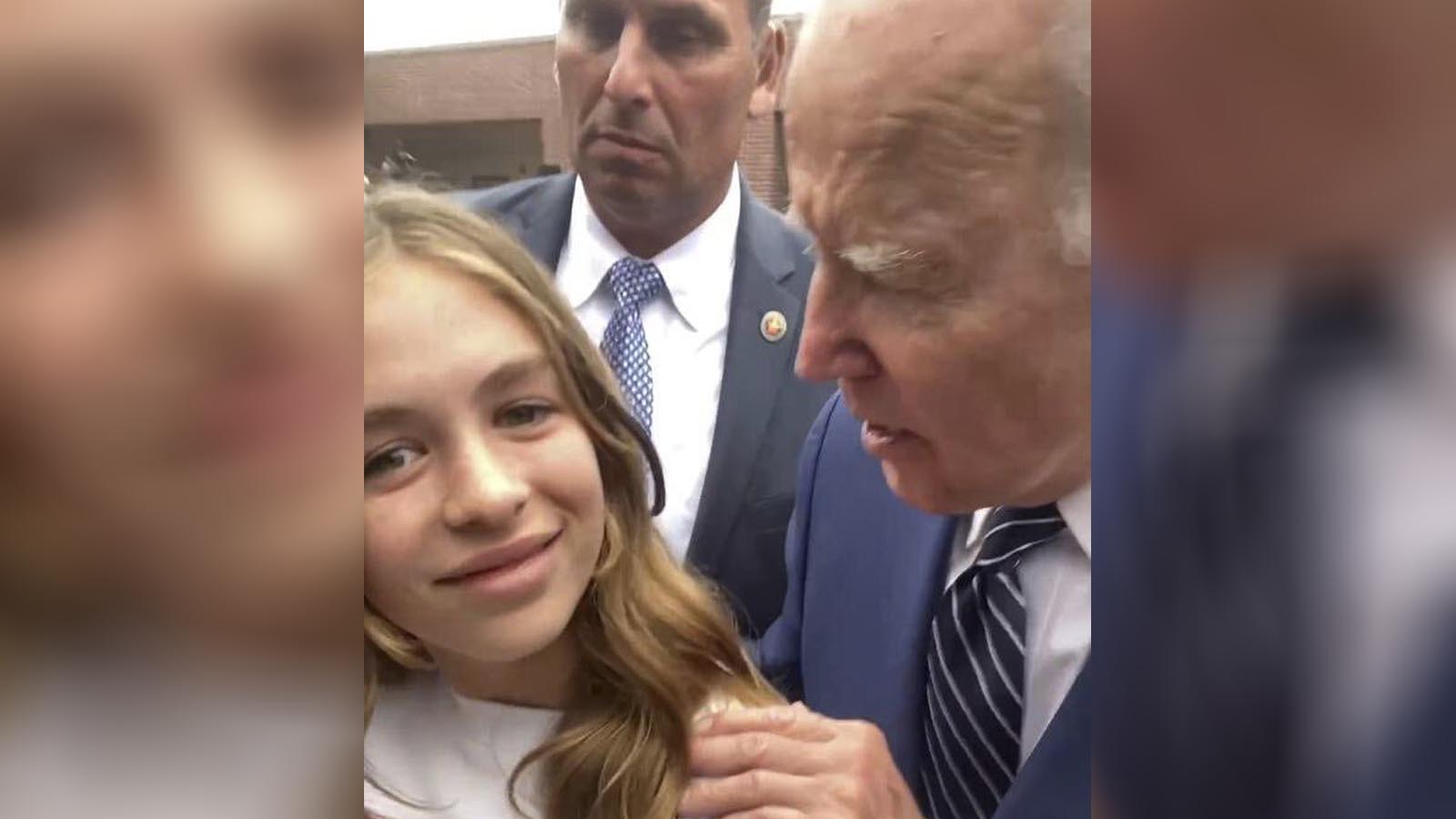 President Biden spoke at Irvine Valley College on Friday, and after the talk, he freaked out another young girl.

He leaned in over the girl for a photo op, and then afterward, Biden put his hand on the girl’s shoulder and gave her dating advice.

Reporter Kalen D’Almeida of TPUSA’s Frontlines was on hand at the meet and greet at the California college, and said that it was during this time that Biden encountered the girl during a photo op.

President Joe Biden grabs a young girl by the shoulder and tells her “no serious guys till your 30” as she looks back appearing uncomfortable, secret service appears to try to stop me from filming it after Biden spoke @ Irvine Valley Community College | @TPUSA @FrontlinesShow pic.twitter.com/BemRybWdBI

“Now,” he said, as the girl looked up at him, “a very important thing I told my daughter and grand daughters, no serious guys ’til you’re 30.”

The girl looked surprised and turned away, but Biden continued for some reason, repeating himself. Everyone seemed a little confused.

Biden has a history of being a bit creepy and touchy, having earned the moniker “Creepy Uncle Joe” from some circles of the internet, and in the Washington Post going back to at least 2015.

In March, Biden also took it upon himself to give the same dating advice to young girls, saying “the only thing I want you girls to remember, no serious guys ’til you’re 30 years old.”

This seems to be a stock phrase with Biden, who at the annual turkey pardoning at the White House last year was rebuffed by a little girl he tried to poke.

Biden has also been accused of being a hair sniffer, an odd whisperer, and allegations of even stranger behavior have been levelled at him via his own daughter’s diary.