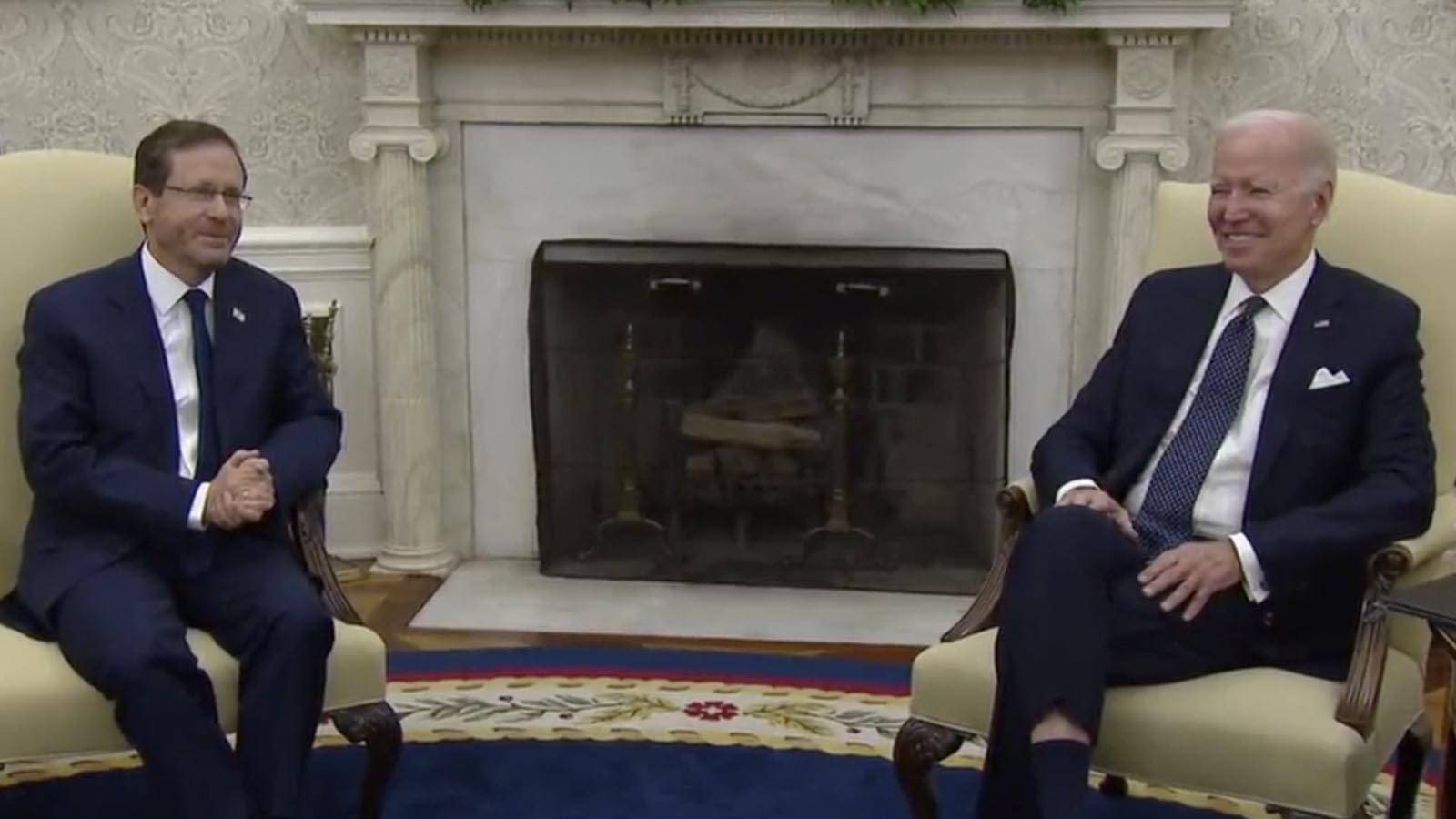 President Joe Biden’s aides lashed out at reporters in an attempt to prevent them from asking Biden questions they didn’t want him to answer.

Meanwhile, a video captured the moment on tape where Biden can be seen smiling as reporters yell at reporters.

Biden was then captured mocking the reporters with a gesture he did using his mouth.

This comes as the president has often been silenced by his staff to not answer reporters’ questions.

During a January press conference, staffers for Biden repeatedly gave him cues to wrap up the questions, however, he had trouble listening to instructions which caused First Lady Jill Biden to reprimand his aides for not intervening sooner.

Bloomberg News reporter Nancy Cook tweeted that “the Biden WH seems *particularly intent* on the press not asking any q’s of POTUS 14 days out from the midterms, w/WH aides screaming in the faces of reporters who try to ask Biden q’s following each event today.”

Biden was off to a rough start when this week he responded to questions about his age and health saying that he could “drop dead tomorrow.”

During an MSNBC interview with Jonathon Capeheart, Biden said that he thinks he can still do the job of running the country.

“You know, I could be, I’m a great respecter of fate… I could get a disease tomorrow, I could, you know, drop dead tomorrow,” Biden said, adding “but I, you know, in terms of my energy level, in terms of how much I’m able to do, I think people should look and say, ‘is he, is he still have the same passion for what he’s doing?’ And if they think I do, and I can do it, then that’s fine.”