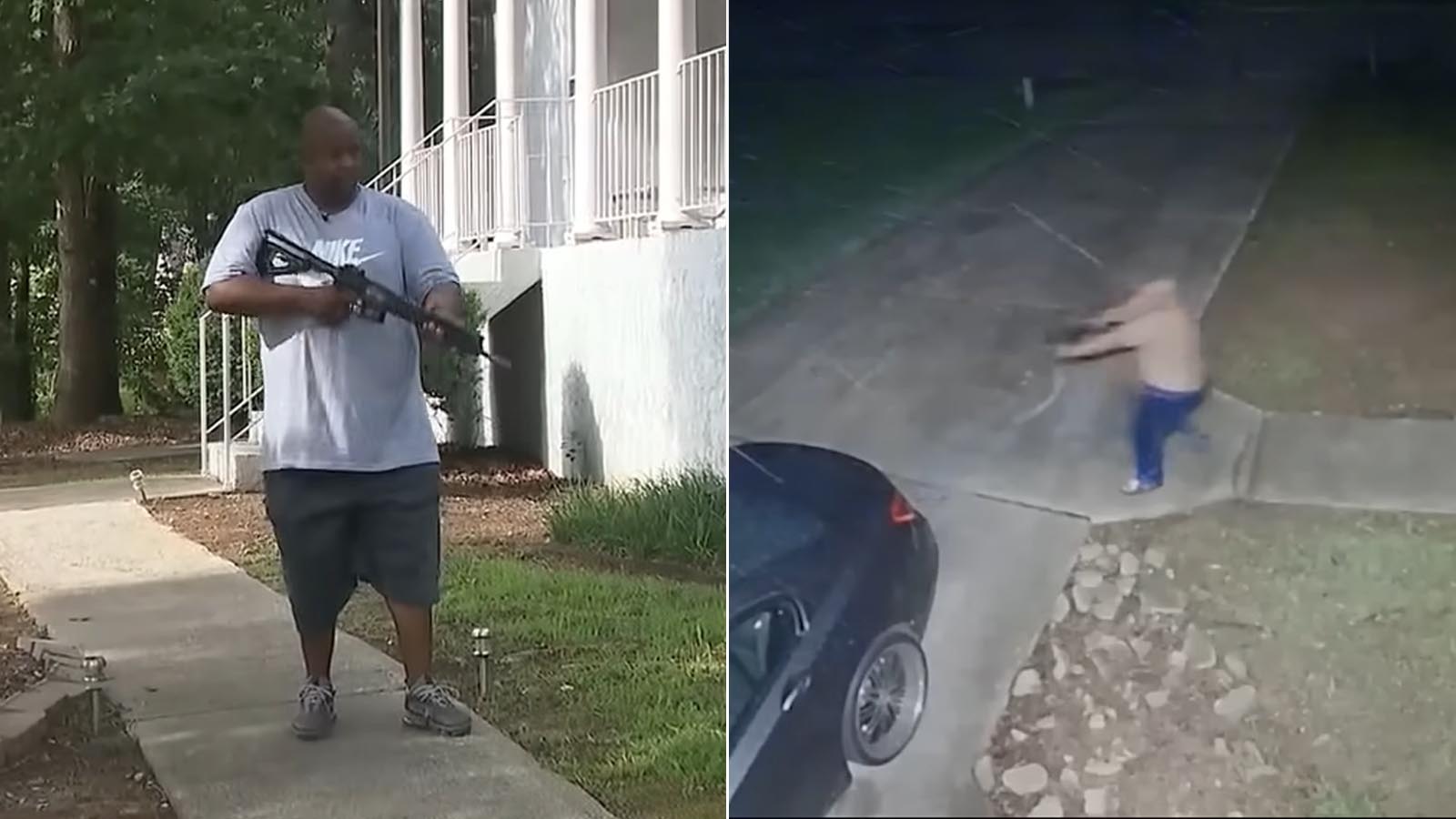 Burglars realized they chose the wrong home when they were confronted by an armed homeowner who just happened to be a US veteran.

Clayton County, Georgia – A man told Fox 5 Atlanta that he wanted to protect his wife and home after he saw three burglars on his front lawn on his Ring camera.

Whitfield Smith said he saw one of the burglars trying to break into his BMW parked in his driveway so he grabbed his rifle and ran outside in his pajamas and flip-flops.

“My first thought was to protect my house and protect my property. I just wanted to get the intruders away,” Whitfield Smith said.

“As I keep looking at the Ring camera I noticed a young man running from the neighbor’s yard across my yard and into the street to meet up with two other gentlemen,” Smith said.

“He sprints up my driveway. I can see from the camera he’s hunched down wearing a grey hoodie, and he has a firearm in his hand. He tries to get into the BMW in the driveway. The door’s locked,” Smith added.

“I grab my rifle and I head outside,” Smith said.

Smith is seen on the surveillance video exchanging gunfire with the burglars.

Smith used his BMW as a shield as the burglars fired at him.

“I don’t want to die at home. I survived Afghanistan and everywhere else. To die at home? In my own yard,” Smith told Fox 5 Atlanta.

The three suspects are still at large and Clayton County police are urging anyone with information to call authorities.