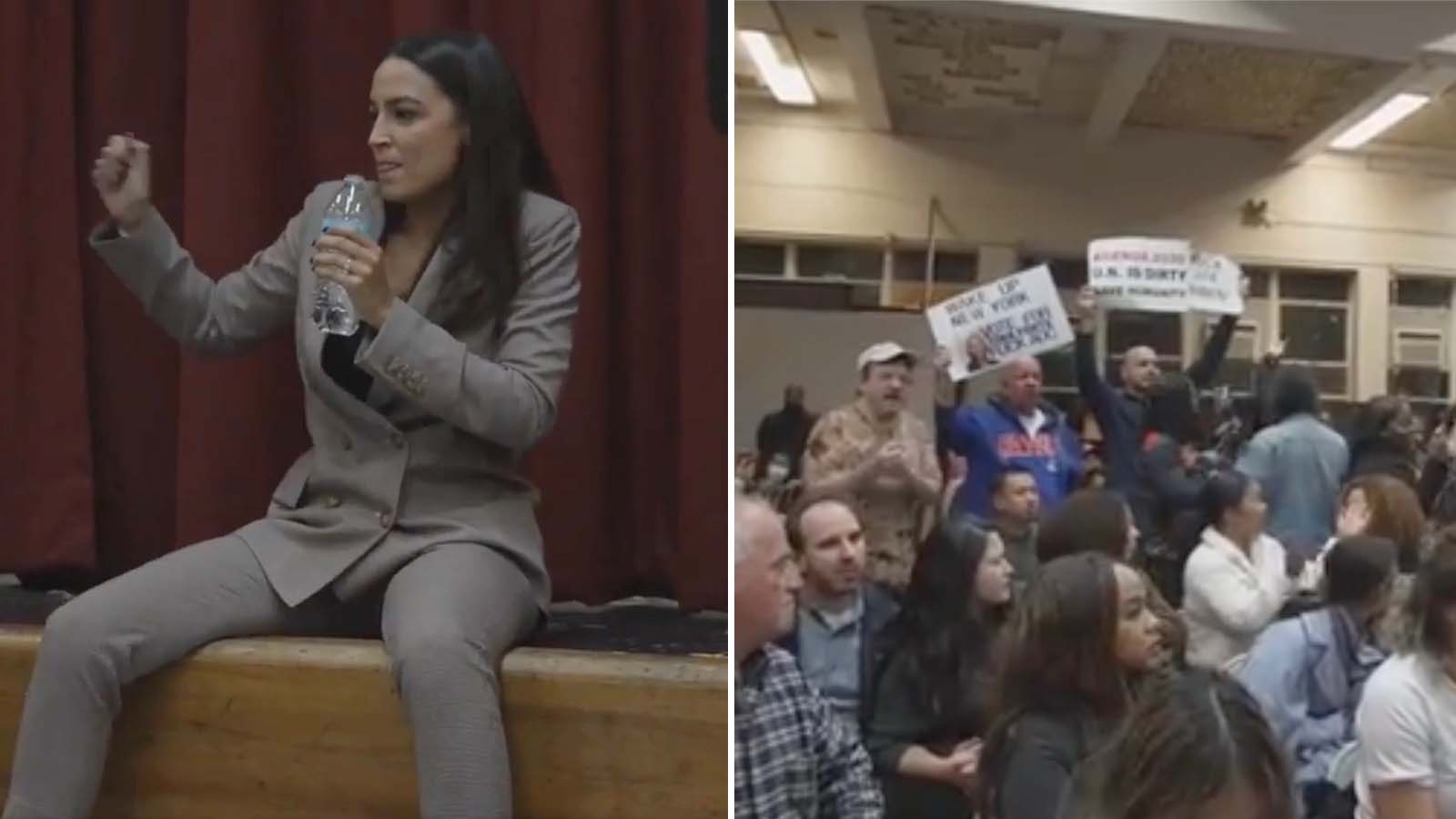 Protesters on Wednesday crashed a town hall event for Rep. Alexandria Ocasio-Cortez, D-N.Y., which took place in her own backyard of Queens.

Footage shows some protesters chanting “AOC has got to go” while others silently hold signs and stare at the controversial Democrat. Ocasio-Cortez herself sat on the edge of a stage and pretended to dance along with the protesters’ chants.

Ocasio-Cortez is up for re-election in November and is facing Republican challenger Tina Forte, a local business owner.

“Very classy. Thank you, sir,” Ocasio-Cortez said when she spotted the sign.

Another protester pretended to be handcuffed, mocking the representative for an incident earlier this year.

Ocasio-Cortez eventually became fed up with the incident and tried to get the protesters to calm down and engage in a conversation.

Later, the lights in the auditorium went out and a member of Ocasio-Cortez’s security team escorted her from the stage. The lights came back on after roughly one minute, and Ocasio-Cortez returned, saying, “I’m not allowed to be in a room with the lights turned off.”

The majority of the room soon turned on the protesters, offering chants of their own, and Ocasio-Cortez was eventually able to begin speaking.

Ocasio-Cortez has won her past two elections with more than 70% of the vote for New York’s 14th Congressional District.

. @AOC wrecked again – her own constituents keep putting her on blast