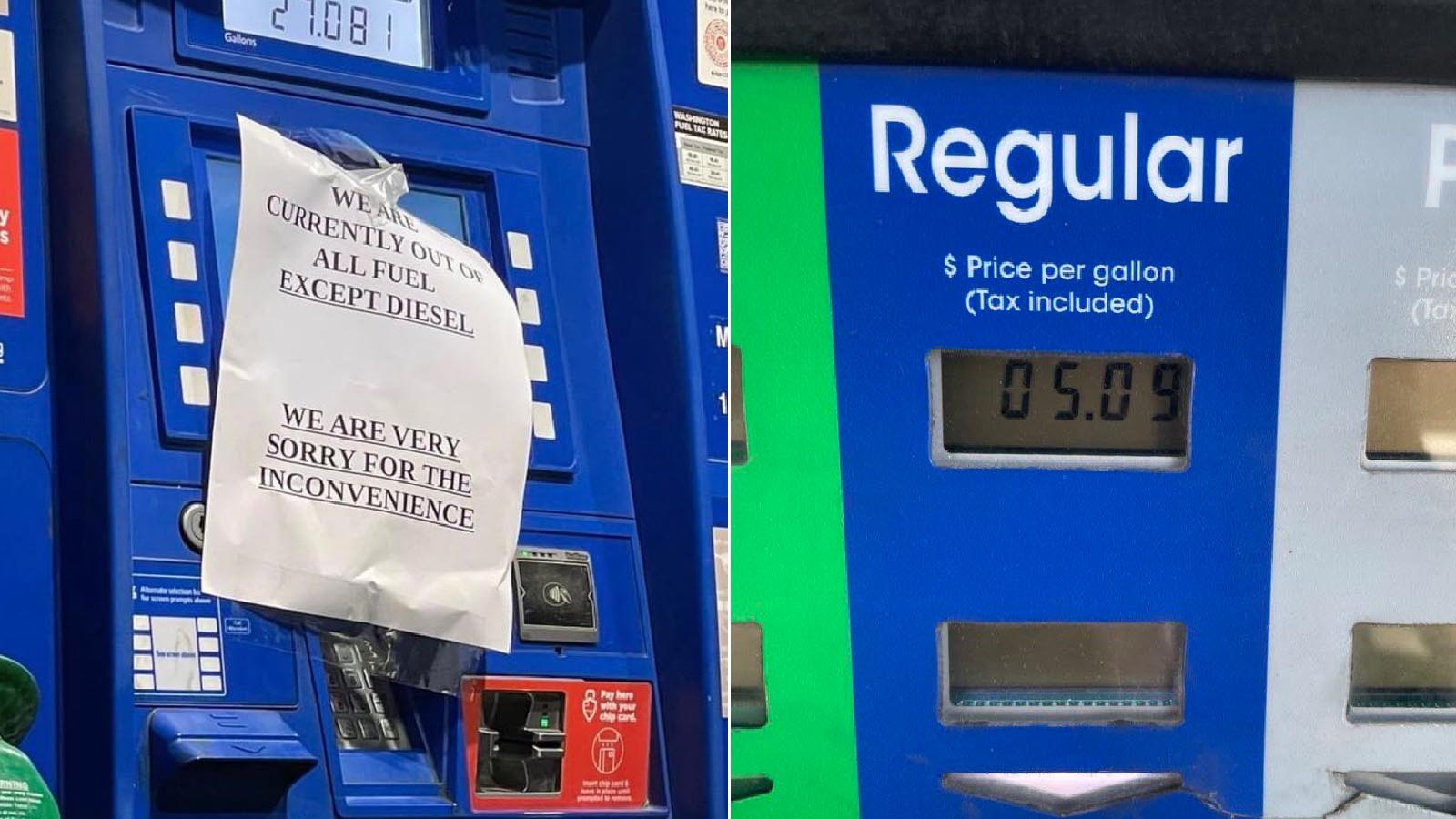 Gas stations across the US are running out of fuel and in anticipation of an increase in gas prices, gas stations in the state of Washington are reportedly reprogramming pumps to include double-digit numbers in “price per gallon” as the current trend could put prices over $10.00.

At the 76 Gas Station in Auburn, Washington located at 1725 Auburn Way North, gas pumps have been reprogrammed to make room for double-digit pricing. In March, they still had single-digit programming.

A spokesperson at 76 confirmed to The Post Millennial that the gas pumps were reprogrammed to allocate for double-digit pricing. Although not confirming that they are expecting prices to increase up to $10.00 or more, the current trend suggests the possibility.

This specific gas station also sells race fuel which may have forced the reprogramming since it has also increased in pricing, the spokesperson told The Post Millennial. However, the race fuel is sold on separate pumps from the those with the standard regular, plus, premium, and diesel fuel options.

Throughout eastern Washington, gas stations are running out of fuel. In the Tri-Cities (Kennewick, Pasco, and West Richland), customers are pulling up to pumps only to find notes that state the station is out of fuel, which wasn’t an issue in the past. Some stations only have diesel available.

Residents of the Tri-Cities are scrambling to find fuel. In a local Facebook group, members reported more than ten stations that are currently out of fuel, which include multiple Circle K’s and Exxon’s.

Gas prices have skyrocketed since President Biden took office in January 2021. The Biden administration shutdown the Keystone XL and Enbridge Line 5 pipelines which resulted in the United States becoming more reliant on other countries for oil and gas. Last year, the Colonial Pipeline was attacked by Russian hackers which caused multiple states in the South and along the East Coast to run out of gas.

It’s like they’re intentionally trying to have high gas prices.

The United States set a new record in gas prices over the weekend, which surged to a new high of $4.43, according to AAA. This is up from $4.08 in April and $3.00 in May of last year. The spiking energy costs are contributing to the highest inflation rates the country has seen in 40 years.

Biden: "You know, we have no plan" pic.twitter.com/sXOUy9CkHI

During a press conference last week while discussing inflation and lowering costs, President Biden said, “We have no plan” to bring down energy prices, an issue that is negatively impacting millions of Americans. He then attempted to place blame on Republican legislators, energy companies, and Donald Trump.