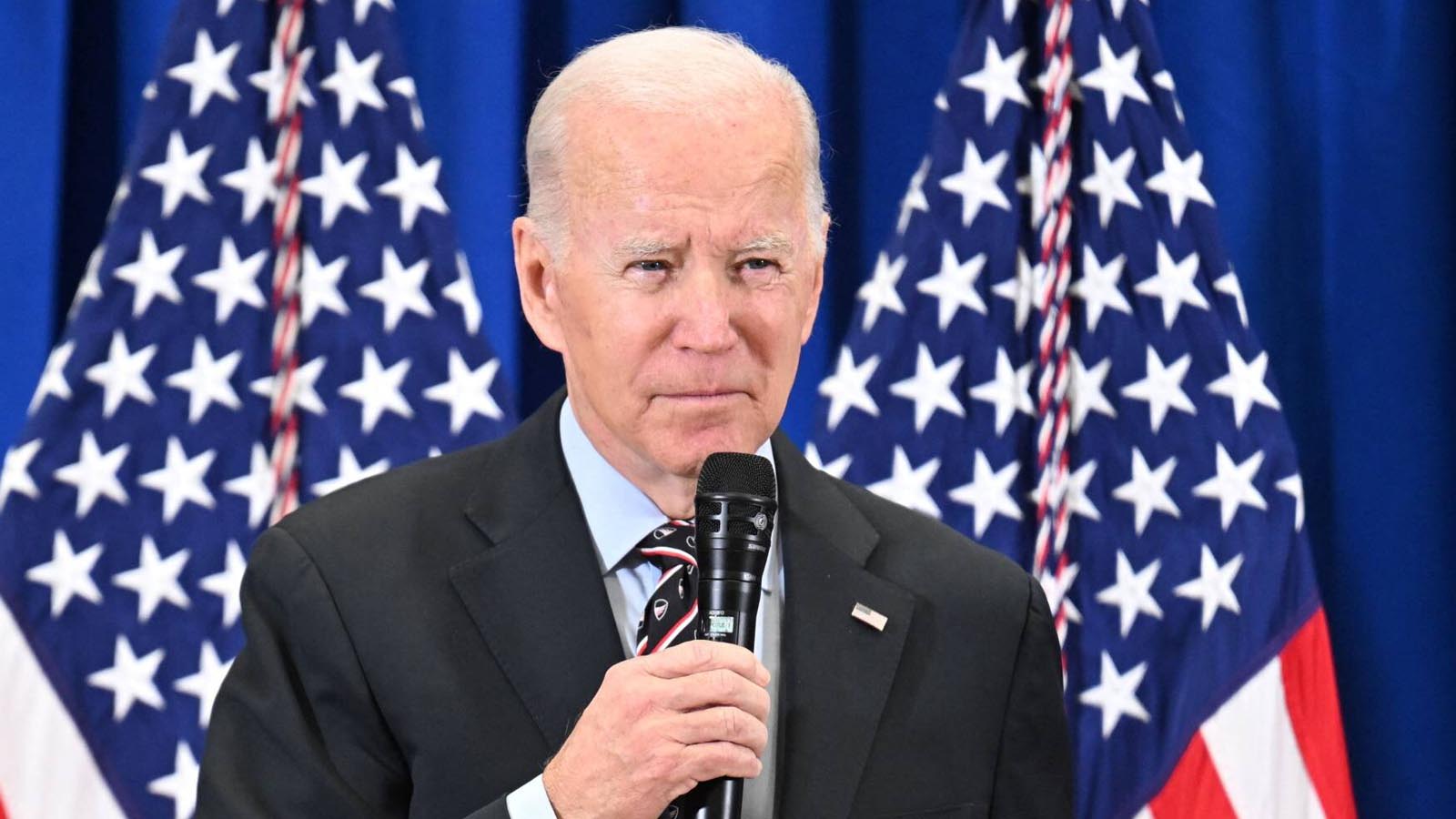 We did gloss over why the liberal media is probably furious at Joe Biden, who has been caught with classified materials being stored at multiple unsecured locations. It’s a serious enough breach for the Department of Justice to appoint a special counsel to review these materials.

Biden got chopped at the knees regarding holding the moral high ground here. The sanctimoniousness oozing from him and the institutional Left after the FBI ransacking Mar-a-Lago last summer looks ridiculous. I’ve never seen so many teeth fly after smashing into his own wall over this, albeit one that isn’t at the southern border stemming the flow of illegal aliens into the country. 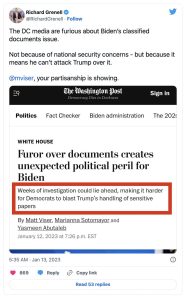 The press set the stage for an aggressive push to force the aging Biden to retire if he had been walloped in the 2022 midterms. There were multiple stories about his age, his mental fitness, and how the White House staff also serves as assisted living nurses with this old man around. Democrats did better than expected, partially because voters, while no fans of Biden, opted for stability than a rambunctious GOP majority in Congress. The DOJ’s Trump raid occurred towards the tail end of the 2022 cycle, and many on the Left probably thought this would be the smoking gun to indict the former president—that has yet to materialize. Trump being indicted was always a pie-in-the-sky hope for the Left, but it’s genuinely dead now that Biden got caught, and the Washington Post made that clear [emphasis mine]:

President Biden, facing a special counsel investigation amid new revelations of classified documents in his possession after the vice presidency, suddenly confronts a ballooning political problem that threatens to hamstring his agenda and blunt the momentum he hoped to seize at the halfway mark of his term.

Congressional Republicans, who just days ago were displaying bitter discord and nearly coming to fisticuffs on the House floor, are now launching new investigations and inquiries. Attorney General Merrick Garland announced Thursday he was appointing a special counsel in the deepening probe, which could mean interviews, searches of additional Biden properties and potentially weeks of headlines.

More immediately, Biden’s possession of classified documents is likely to rob him of the unvarnished ability to criticize former president Donald Trump for his own handling of sensitive material — even if the cases, and the two presidents’ approach to them, have been notably different.

Joe screwed up their latest anti-Trump project and wrecked it like Teddy’s car at Chappaquiddick. And unlike Trump, who had the authority to declassify whatever file he saw fit, Biden did not possess that ability serving as vice president. Trump is a ticky-tack debate about declassification, and there were no nuclear secrets strewn about as initially reported. Biden is a question of legality since he wasn’t allowed to take any of these files with him, let alone leave them unprotected in the manner he did. There is no defense here, and Trump once again wins, waging long war with the Left.