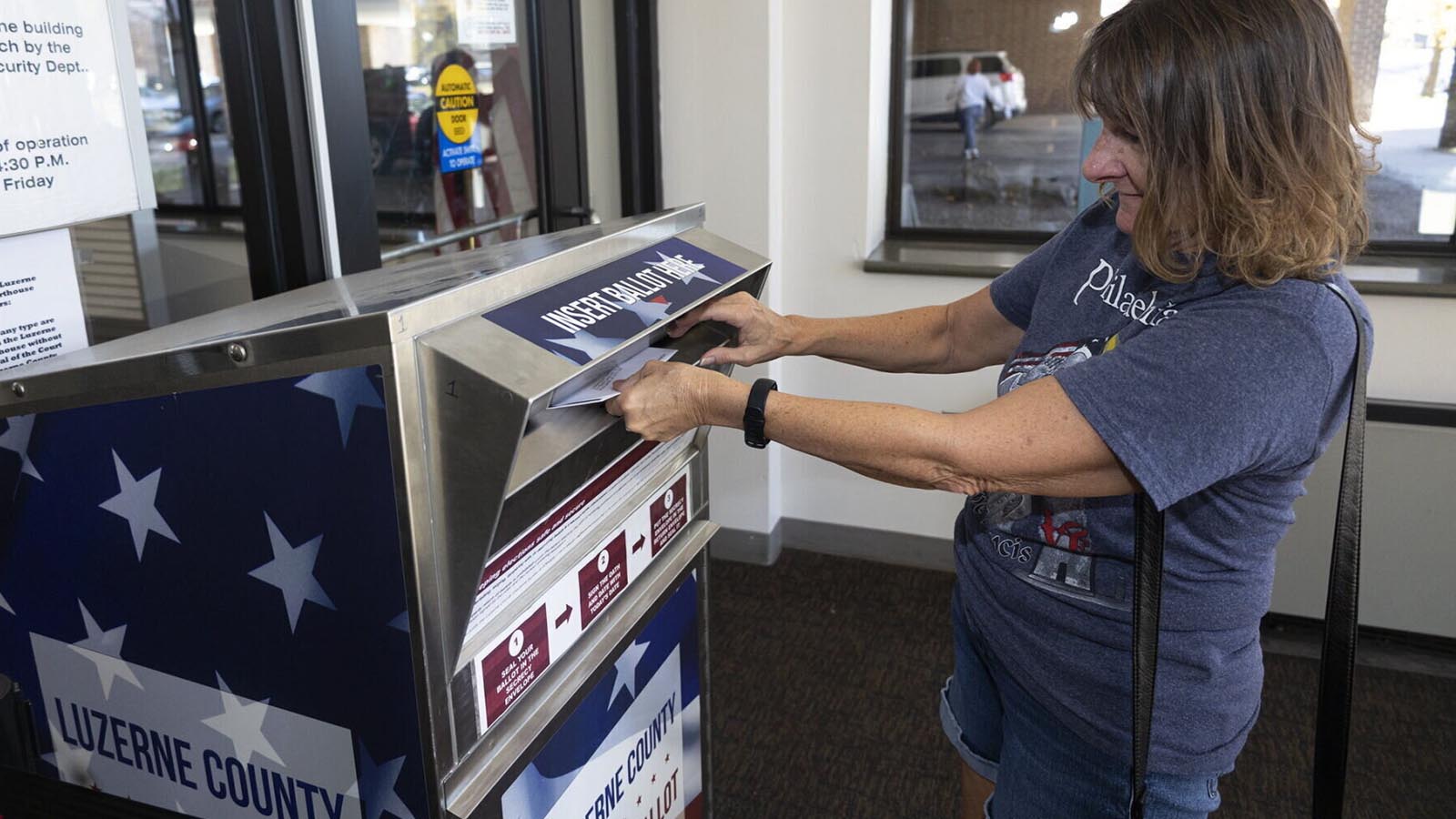 A county in northeastern Pennsylvania has extended voting by two hours to 10 p.m. EST after it suffered a shortage of paper, the Daily Caller News Foundation has learned.

A judge at the Luzerne County Court of Common Pleas signed an order shortly after 1 p.m. EST extending the voting time two hours beyond the statutory close of polls at 8 p.m., per Section 1205 of the Pennsylvania Election Code. The petition for an extension, filed by the Luzerne County Board of Elections, stemmed from a shortage of ballot paper in the county.

The order was opposed by Democratic Lt. Gov. John Fetterman, who is running for the U.S. Senate against Republican physician Mehmet Oz. The DCNF has learned that Fetterman plans to appeal the decision to the Pennsylvania Commonwealth Claims Court, though no appeal had been filed as of 5 p.m. 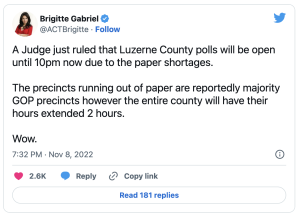 Shortly after the polls opened at 7:30 a.m. on Tuesday, voters were reported to have complained that long lines were observed at precincts in Luzerne County, per the petition. Between 30 and 42 precincts, out of 186 in the county in total, had run out of special ballot paper necessary to be scanned by electoral counting machines, which count the votes and store the ballots.

Election judges, who oversee precincts, initially tried to use their own paper to print ballots and scan them through the machines, a Republican poll observer told the DCNF. However, the paper for these ballots could not be scanned by the machines, which only accept paper curated to certain specifications.

The DCNF was unable to determine the company that manufactured the scanners. However, voters told the DCNF that election officials had to travel to outlying counties to seek the correct ballot paper.

Due to shortages, however, voters were being turned away at the Larksville-2 precinct after ballot paper ran out, while other precincts had their ballot paper stock completely deleted.

Some election workers expressed dismay and opposition to the notion that they would be required to stay beyond 8 p.m., with one telling the DCNF that “If they think we’re going to stay here past eight o’clock, we will leave.”

Luzerne County, which encompasses the Town of Hazelton, is a top swing district in this year’s midterm elections, per Politico. The county voted twice for Barack Obama before voting for Donald Trump in 2016.

The county is located within Pennsylvania’s 8th Congressional District, where incumbent Democratic Rep. Matt Cartwright is challenging Republican candidate Jim Bognet, a former Vice President of the Export-Import Bank of the United States. That House race is considered a “Toss Up,” which “Leans Republican,” per Larry J. Sabato’s Crystal Ball.