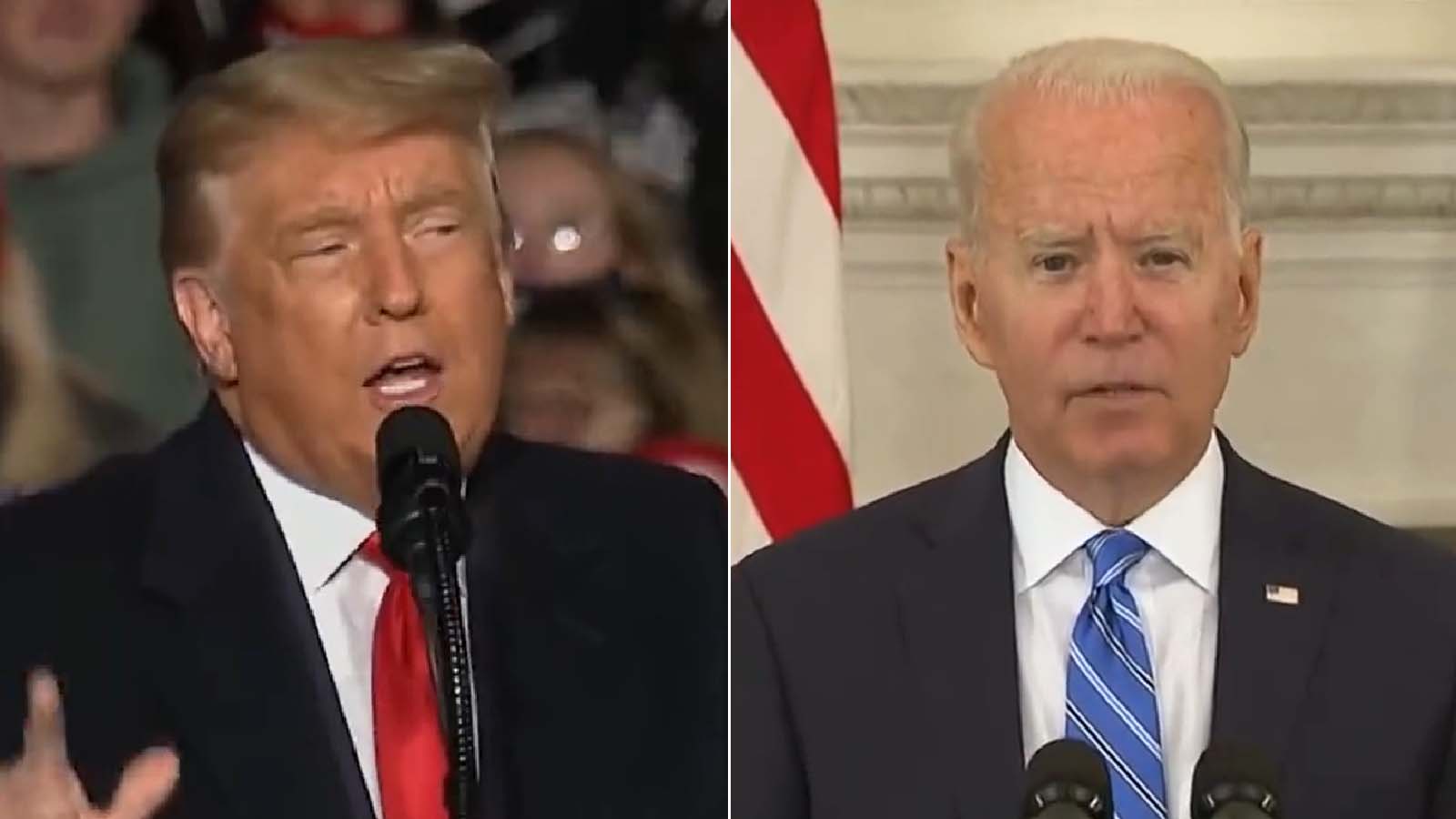 But the predictions of then-President Donald Trump about what would happen if Joe Biden won the presidency in 2020 have had an uncanny accuracy.

And with the midterm campaign season in full swing, a video going viral on social media is exactly the reminder Americans need.

Posted on Monday to an apparently independent Twitter account called “Maze” the video mashes up scenes of Trump on the stump in 2020 with Biden now. (It’s clearly hit a nerve. By Wednesday afternoon, it had over 3 million views and more than 15,000 “likes.”)

The current Oval Office occupant wouldn’t fare well in that situation under any circumstances — given his knack for embarrassing both himself and his country with episodes of incoherence — but it’s the Trump side of the creation, which involves forecasting what Biden would do if he made it to the White House, that makes it really count:

If Biden and Trump were to hold a joint press conference, it might look something like this. pic.twitter.com/pPiqEmgaTC

To be fair, of course, Biden doesn’t actually get a chance to explain his side, but Americans have already heard his side — ad nauseam — from his lying White House press secretaries, from dishonest Democrats in Congress, from the sycophantic mainstream media.

“It’s not Biden’s fault gas is so high,” though he campaigned on a platform of destroying the fossil fuel industry.

“It’s Republicans blocking his congressional agenda,” though it was Democratic Sen. Joe Manchin who was the chief obstacle to Biden’s Build Back Better. (And a damn good thing for the country, too, considering even liberals like former Clinton White House Treasury Secretary Larry Summers has blamed Biden’s American Rescue Plan for the current bout of inflation.)

“It’s Vladimir Putin’s fault,” though Biden, with his usual intellectual laziness and sloppiness in language, essentially greenlighted the Russian invasion of Ukraine in advance.

And so on, with inflation, with illegal immigration, with every issue of the Biden presidency his increasingly desperate, dishonest supporters try to place the blame elsewhere.

A quick survey of social media responses show Maze made the point — and then some.

Absolutely true in every regard.

This a pretty good sneak preview of the 2024 election if Trump runs.

That last tweet, calling the video a “sneak preview” of the 2024 elections is on point, but there’s a much more immediate concern for Americans — and particularly for the Democrats.

With November’s midterms now less than five months away, Democratic candidates should be forced to defend Biden’s abysmal record on every issue — the economy, inflation, gas prices, the illegal immigration invasion, assaults on the Second Amendment, the country’s sadly diminished standing on the world stage under the leadership of a doddering, almost certainly corrupt political hack.

Every American voter, Republicans, independents — and even Democrats who give a tinker’s damn about their country’s future — need to turn out and make that happen.

Rolling back the disastrous Biden presidency can’t begin until Democrats are out of power on Capitol Hill. Then the country can think about the potential — and promise — that 2024 holds.