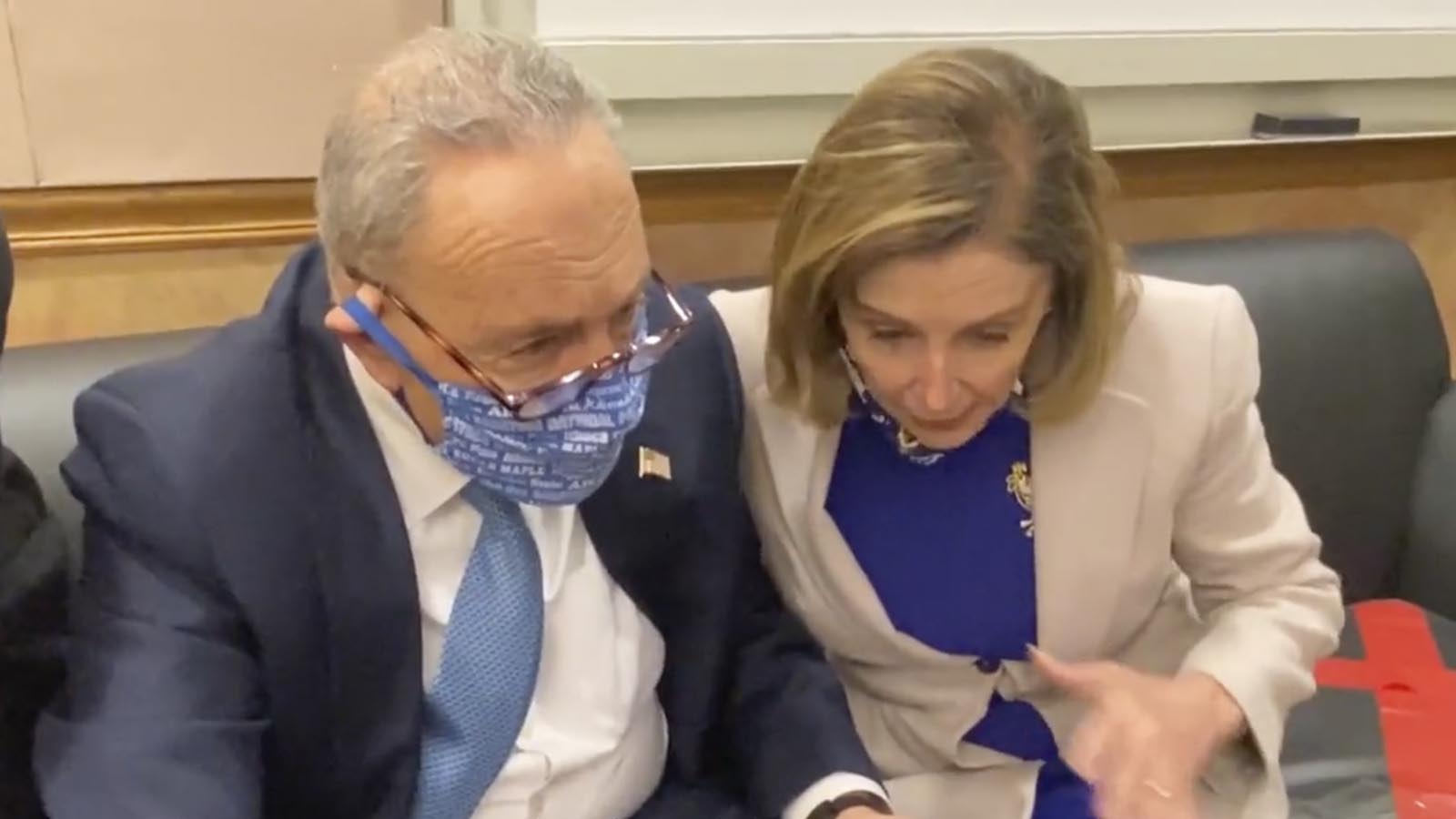 “Do you believe this?” Pelosi is heard saying, adding, “I can’t.”

A witness heard Pelosi talking to someone on the phone as protesters stormed the building.

“We have got to finish these proceedings, or else they will have a complete victory,” Pelosi said while on the phone.

Pelosi was reportedly on the phone with former Vice President Mike Pence to determine whether lawmakers would be able to return to the building to resume certification of the Electoral College votes.

“We’re trying to figure out how we can get this job done today,” Pelosi said while speaking to Pence.

This previously unseen footage shows Congressional leaders—both Republicans and Democrats—as they were taken to a secure location during the January riot.

Everyone involved was actively working to address the violence. All of them did what President Trump refused to do. pic.twitter.com/fcF4zBLGWm

At one point, Pelosi was also seen watching CNN coverage of the event. An onlooker claimed that she was shocked while watching the day unfold.

Meanwhile, Schumer was reportedly angered that former President Trump had yet to make a statement.

The Washington Examiner notes that Pelosi later informed Schumer that she had a call with Pence, and he replied that he had already talked to then-Vice President-elect Kamala Harris.

Additionally, while protesters were entering the Capitol, Republican House Leader Kevin McCarthy took a call with Trump telling him to call back his supporters who were heading toward the building.

According to a witness, Trump told McCarthy that the “rioters” were Antifa members, to which McCarthy replied, “No, they’re your people.”

“I guess they’re just more upset about the election than you are,” Trump reportedly fired back at McCarthy.