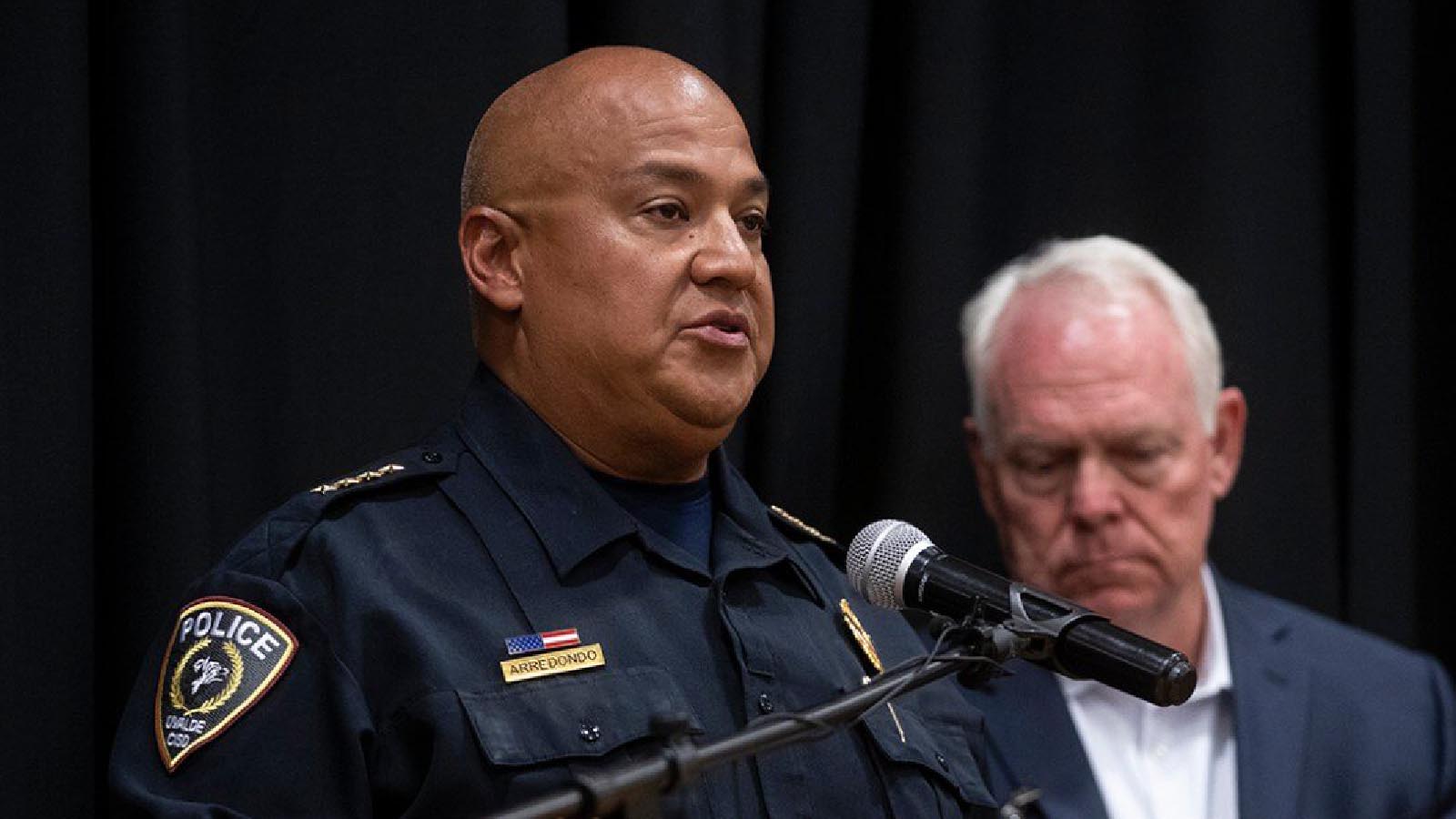 The police official facing a firestorm over a slow law enforcement response during a deadly mass shooting at a Texas elementary school last week was sworn in as a city councilman Tuesday.

Pete Arredondo, the chief of police for the Uvalde Consolidated Independent School District, took on the new position Tuesday night along with the other newly elected city council members — but without the pomp and circumstance. The law enforcement official was elected a few weeks ago, but city officials announced Monday that they would forgo the swearing-in ceremony in light of the funerals taking place this week.

“Uvalde City Council members were sworn in today as per the City Charter,” Uvalde Mayor Don McLaughlin said in a statement. “Out of respect for the families who buried their children today, and who are planning to bury their children in the next few days, no ceremony was held.”

The announcement about the swearing-in came just hours after it was reported that the Uvalde Police Department and the school district police force had stopped cooperating with state investigations into the shooting at Robb Elementary School and law enforcement’s response to the attack. Travis Considine, a spokesman for the Texas Department of Public Safety, said the departments “have been cooperating with investigators” but added that “[Arredondo] did an initial interview but has not responded to a request for a followup interview that was made two days ago.”

The decision to stop cooperating with DPS happened after the department’s director, Steven McCraw, held a news conference Friday and said the delayed police entry into the classroom where the gunman was barricaded was “the wrong decision” and contrary to protocol, sources told ABC News.

Arredondo has been identified as the official who coordinated the response to the shooting. Reports of law enforcement being told not to engage during critical minutes of the assault, as well as videos of desperate parents begging police standing outside the school to go and do something, have fueled calls for accountability.

McLaughlin acknowledged these frustrations Tuesday, noting that the investigation is ongoing and that he trusts DPS and police will “leave no stone unturned.”

Republican Lt. Gov. Dan Patrick said state officials were “not told the truth” about the police response, but McLaughlin asserted this was not true in a statement Monday. However, the mayor seemed to walk back those comments later Tuesday.

“Our parents deserve answers,” he said. “Our emotions are raw and hearts are broken, and words are sometimes exchanged because of those emotions. I want Lt. Gov. Dan Patrick to know that I misunderstood statements I thought he had said. … I ask everyone to pray for us, the citizens of Uvalde, as we grieve and live through the pain and the healing process.”

Information presented by Texas officials has changed drastically over the past week as the investigations continue, though it now appears it took up to an hour Tuesday before federal agents took matters into their own hands and killed the shooter in defiance of orders not to proceed.

Nineteen children and two teachers were killed in the attack, and several more were wounded. The gunman has been identified as an 18-year-old who officials say legally purchased two AR-style rifles and hundreds of rounds of ammunition.

Uvalde, a town of roughly 16,000 people, is situated between San Antonio and Del Rio, just dozens of miles away from the U.S.-Mexico border. State Sen. Roland Gutierrez, a Democrat whose district includes Uvalde, told MSNBC on Monday that there was “failure at every level” of the response to the shooting and that to blame one person is “a little bit irresponsible.”