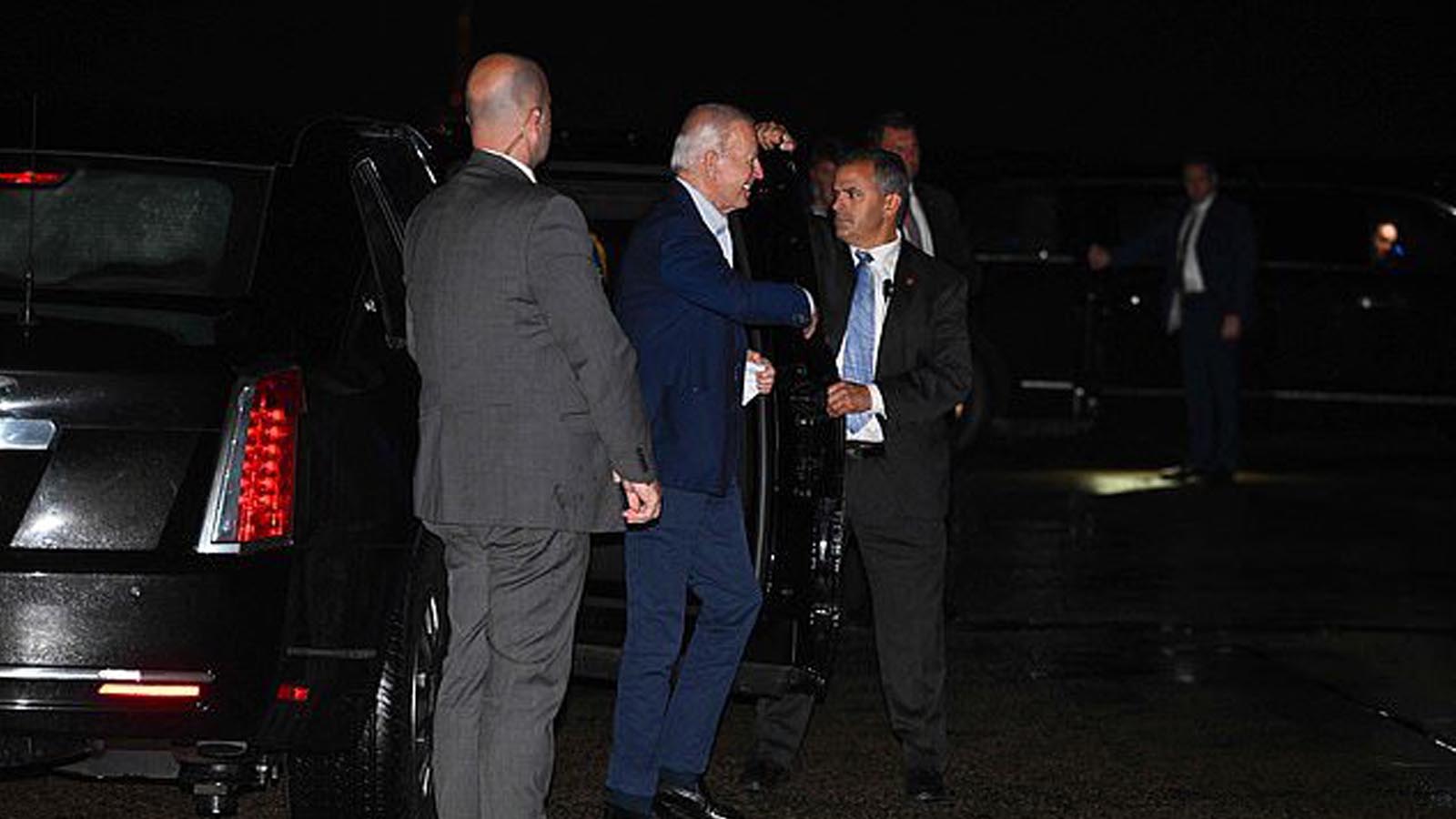 Biden arrived in Tel Aviv, Israel Monday evening and was briefed on the Iron Dome and a new laser-based “Iron Beam.”

According to reports, the Secret Service employee was detained by Israeli police after a “physical encounter” with a woman, then released without charges before being sent back home.

Secret Service agents and personnel were walking back to their hotel room after dinner Monday night when one of the member’s of Biden’s detail physically assaulted a woman.

It is unclear if alcohol was involved.

A U.S. Secret Service employee working on President Joe Biden’s trip to Israel was briefly detained after a “physical encounter” there and has been sent back to the United States.

The incident occurred late Monday, ahead of Biden’s arrival in Israel on Wednesday. The employee was detained and questioned by Israeli police, who released him without charges, a Secret Service spokesperson said.

“In accordance with agency protocol, his access to Secret Service systems and facilities was suspended pending further investigation,” the spokesperson said.

The incident occurred after the agent and other personnel went to dinner and were returning to their hotel, according to a person familiar with the matter. A woman alleged she was physically assaulted in an incident on the street and local police were called, the person said.

The incident didn’t involve any allegations of sexual assault, and it is not known if alcohol was involved, the person said.

Earlier this year a member of Joe Biden’s Secret Service team was arrested in Seoul, South Korea for a drunken assault.

Two US Secret Service members were involved in the altercation and sent home ahead of Biden’s visit to the region.

“The Secret Service is aware of an off-duty incident involving two employees which may constitute potential policy violations. The individuals will be immediately returned back to their post of duty and placed on administrative leave,” Secret Service spox Anthony Guglielmi said. “There was no impact to the upcoming trip. We have very strict protocols and policies for all employees and we hold ourselves to the highest professional standards. Given this is an active administrative personnel matter, we are not in a position to comment further.”