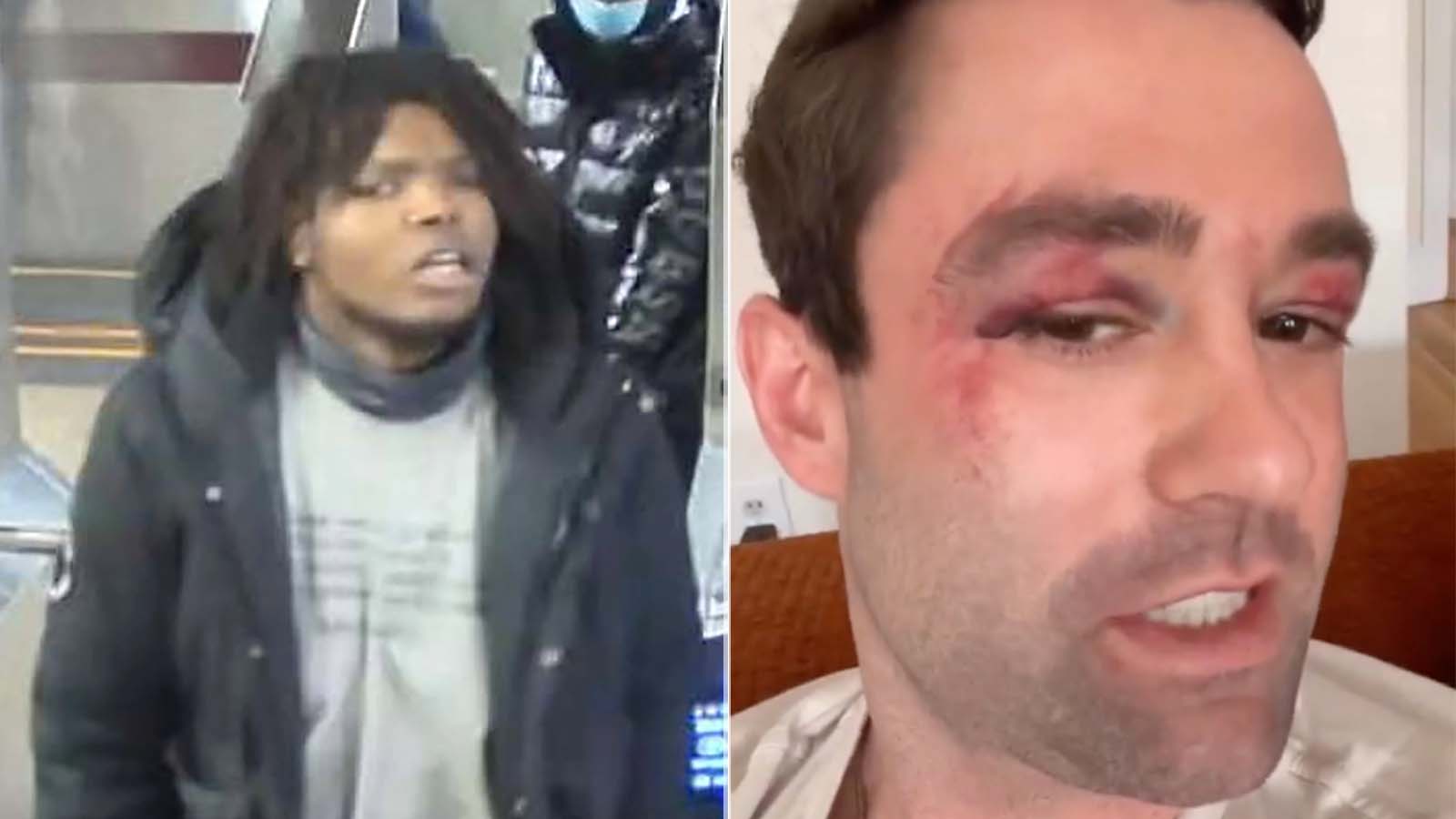 Yesterday, we told you about Fox News weatherman Adam Klotz’s harrowing ordeal on a New York City subway over the weekend.

We relayed a few basic facts as reported by the New York Post, which pursued the story after a bloodied and bruised Klotz posted about the incident on his Instagram.

We knew the basic facts that Klotz was beaten by a group of teenagers after he objected to their harassment of an older passenger. On my radio show yesterday, Klotz offered more context and details — which make the episode even worse, and far scarier.

Take less than two minutes and listen to his account, in-depth:

Wow. The NYC subway attack against @AdamKlotzFNC was far worse than I’d realized. Just listen to this: https://t.co/bLavt8eqoj pic.twitter.com/KxmWAjx74G

What did we learn here? We learned that the pack of assailants weren’t merely “harassing” an older passenger on the train. While they were lighting up drugs, they deliberately lit the man’s hair on fire, apparently just for their own amusement. Those actions represent two crimes, one of them very serious, right off the bat. As the man frantically extinguished the fire on his head, Klotz told the group that they couldn’t do that to someone, which is when they turned their attention and wrath to him.

It sounds like one of the ringleaders feigned umbrage over Klotz scolding them for their dangerous act, sneering that nobody could tell them what to do. One of the teens punched Klotz in the face. That’s when another person on the train (Klotz says the car was pretty full, despite the late hour) suggested that Klotz get out of there, before events spiraled further into something more dangerous. The disoriented and reeling weather man agreed, moving to an adjacent car — along with all the other passengers in his car. No one wanted to be around the violent teens.

That’s when the assault took an even worse turn. At the next stop (after Klotz relocated to de-escalate), the pack of teens barged into the car he’d retreated to, and ambushed him. That’s where the major assault occurred. They punched, and stomped and kicked. Klotz said elsewhere in the interview that he could hear some of them shouting “put him to sleep,” apparently a reference to knocking him out cold. He said he focused on protecting his head and neck, and staying conscious, thus exposing his body and torso to multiple punishing blows.

Other passengers tried to get help, but did not directly intervene. In short, these ‘children’ (several of the suspects were aged 15-17) were openly using drugs in public, intentionally set a man’s hair on fire, assaulted a bystander who mildly intervened to protect their initial victim — and then went out of their way to re-escalate the confrontation after it had halted — making an active choice to chase their target into a new train car to further beat him, sending him to a local hospital. Now please review this passage from the Post story we shared yesterday:

The young suspects fled the train at the 18th Street station after the assault, but three of them — two 15-year-olds and a 17-year-old — were soon nabbed by cops, sources said…Police eventually cut the trio loose. “Juvenile reports were prepared, and their parents were called to pick them up,” a rep for the NYPD said Sunday. It’s unclear why the three nabbed suspects were released without facing charges, but an NYPD spokesman claimed Sunday that the department did not have that option because of their ages and the fact that the crime involved an apparent misdemeanor. A rep for the city Law Department, which prosecutes juvenile crimes in the Big Apple, said in an email that the victim has to file a complaint with the Department of Probation before it gets involved. Probation would then decide whether to refer the case to the Law Department for prosecution, the representative said. The 17-year-old suspect could have been charged as an adult before the state’s “Raise the Age” law, which took effect in 2019. The revised law raised the age for a youngster to be charged as an adult from 17 to 18.

How is the fact pattern described above “an apparent misdemeanor”? We are talking about a cascade of serious crimes, the last of which became premeditated, with the final group assault happening after the ‘heat of the moment’ — triggered entirely by the assailants — was over. Will there really be no serious ramifications for this? No criminal charges? Earlier today, the Post reported that NYPD has released a photo of another at-large suspect who was part of the attack:

Based on this updated story, it sounds like there’s been enough outrage that the book has not been closed on this crime spree:

Police released a photo of a fourth suspect in the wild subway beatdown of Fox News meteorologist Adam Klotz — who revealed in a new interview how the violent crew egged each other on to “put him to sleep.” …Three of the suspects — two 15-year-olds and a 17-year-old — were arrested soon after the attack and then released, cops said…The three young thugs who have already been released with “juvenile reports” could only face charges if Klotz files a complaint with the city Department of Probation, which would then decide if it would refer the case to the Law Department, officials said Sunday. The juvenile reports they were given are handed to youngsters who allegedly commit an act that would constitute an offense if perpetrated by an adult. However, police said Monday that they’re now interviewing the elderly man who was allegedly accosted by the teens first — and could still lodge charges against the rowdy crew. “The decision was to get all the information before we move forward,” NYPD Deputy Chief Kevin Maloney told The Post. “The decision was made to release them to their parents and make efforts to identify the other victim, which we did.” “We’re talking to him now to see if there are appropriate charges,” Maloney said. “They could be issued appearance tickets to appear in family court.”