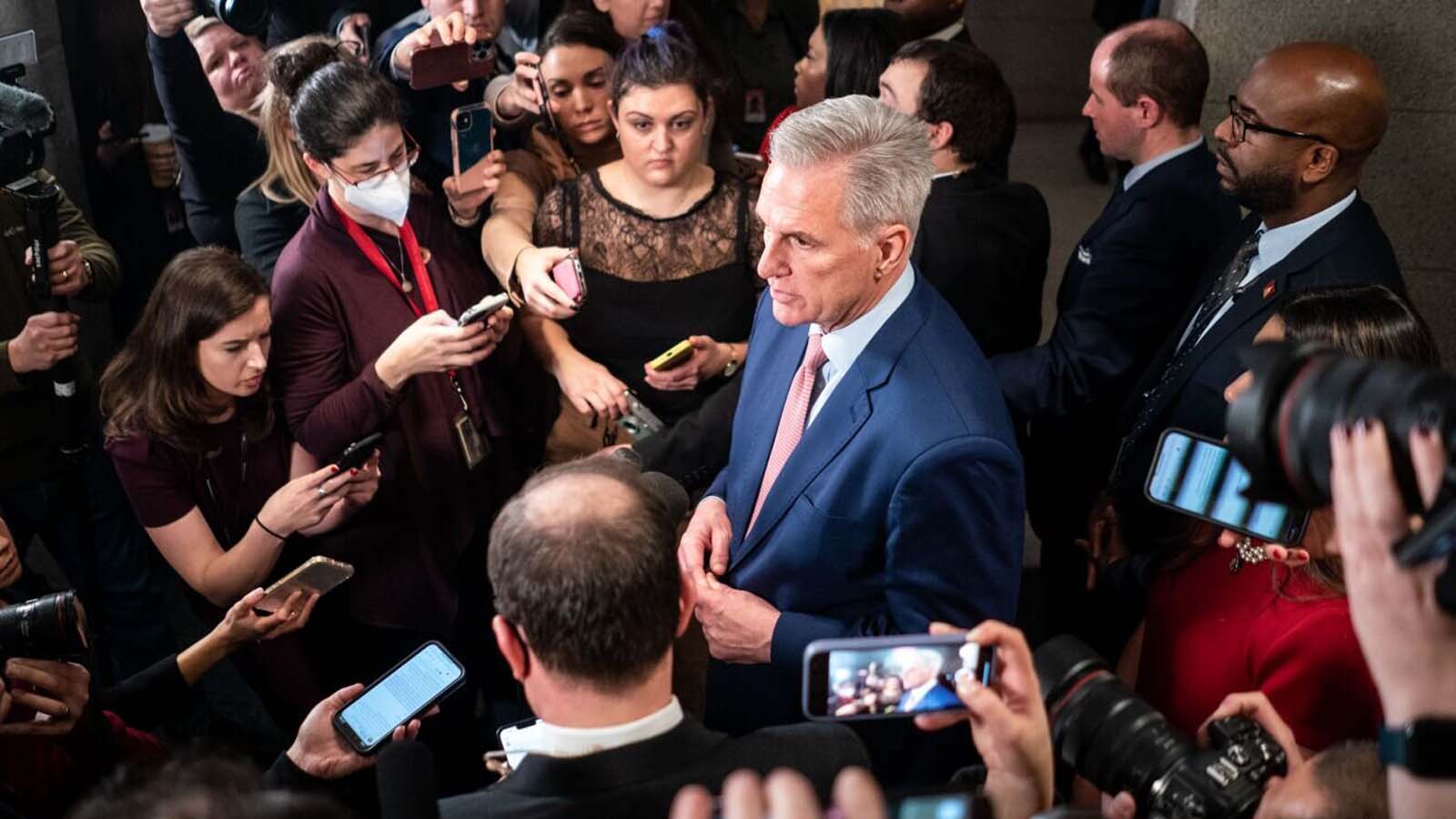 No sooner had lawmakers reconvened to vote for the seventh time for speaker of the House than Republicans put forward another motion to adjourn to keep negotiating with the conservative hard-liners keeping Leader Kevin McCarthy (R-CA) from winning the gavel.

Democrats objected in a voice vote, asking for a roll call vote on whether to adjourn. The contentious vote ended with 216 votes in favor of adjourning and 214 against, while two lawmakers from each party did not vote. The body will reconvene at noon Thursday.

The clerk’s attempts to end the vote were met with yelling as lawmakers apparently took their time deciding which way they would vote. Democrats hollered “One more vote!” as the clerk tried several times to end the count after time ran out.

Chaos in the House during the vote for whether or not to adjourn.

They narrowly decided to adjourn, so the seventh vote for Speaker will not take place tonight. pic.twitter.com/6H0fxZ3YPv

McCarthy hopes to keep talks going through the night with the 20 Republicans who blocked his bid on the six previous votes. He said coming out of meetings with his detractors that the two sides made progress since the last vote around 4 p.m.

While the chamber adjourned for over three hours to continue negotiating, the political action committee aligned with McCarthy agreed not to fund primary races — a major sticking point with the conservative wing united against him. McCarthy needs 218 votes to win the gavel and ended the last vote with 201 in his favor when one member voted present.

During the recess, McCarthy’s allies held a press conference in which they reaffirmed their support for the leader and said they wouldn’t “unconditionally surrender” to just 20 of their colleagues. McCarthy spent the time meeting with his critics, who today backed Rep. Byron Donalds (R-FL) for speaker.

This is the first time since 1923 that choosing the speaker has taken more than one ballot. Each of the votes is recorded by individual roll call in alphabetical order. Democrats have all voted for Minority Leader Hakeem Jeffries (D-NY).