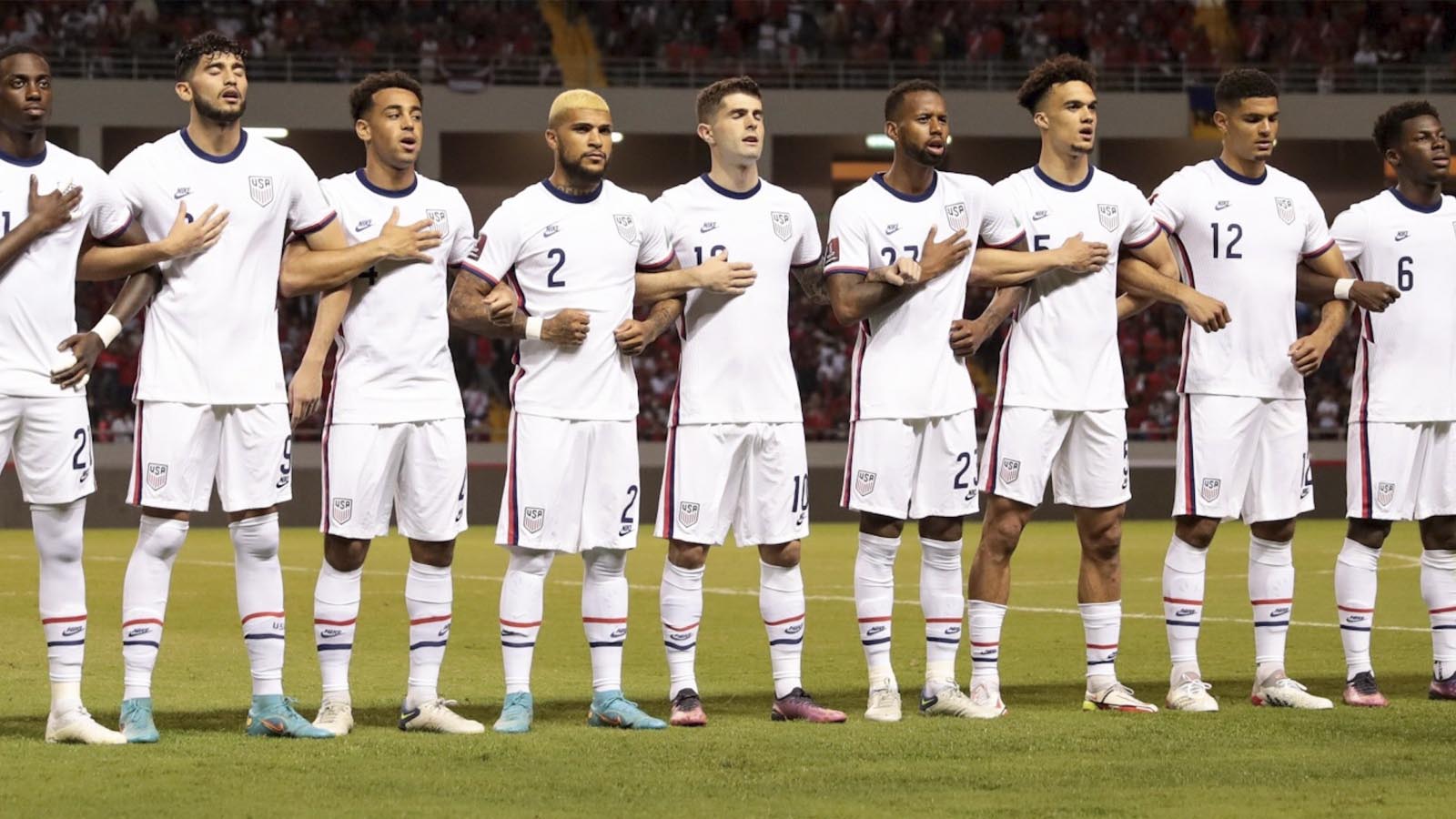 The U.S. men’s national soccer team redesigned its crest displayed around its base for the World Cup in Qatar, replacing the traditional red, white, and blue stripes with rainbow colors to show support for LGBTQ people.

When the team takes the field, however, they will be wearing the traditional crest with red, white, and blue stripes on their uniforms.

Photos from the team’s training facility at Al Gharrafa SC Stadium in Ar-Rayyan in Doha showed a banner with a message that read, “One Nation,” and it included a huge U.S. crest with rainbow colors, the Daily Mail reported.

“Our rainbow badge has an important and consistent role in the identity of U.S. Soccer,” Neil Buethe, a spokesman for the team, told the outlet. “As part of our approach for any match or event, we include rainbow branding to support and embrace the LGBTQ community, as well as to promote a spirit of inclusiveness and welcoming to all fans across the globe.”

“As a result, locations that we will manage and operate at the FIFA World Cup, such as the team hotel, media areas and parties, will feature both traditional and rainbow U.S. Soccer branding,” he added.

“I think that when we are on the world stage it is important to bring awareness to these issues and that’s what being the change is about,” Berhalter shared. “It’s not just stateside that we want to bring attention to those issues. It’s also abroad.”

“And we recognize that Qatar has made strides, there has been a ton of progress,” he added. “But there’s still some work to do.”

Qatar has been called out for human rights violations and its stance on gay people, where it remains illegal to be homosexual. As recently as this month, the Qatar World Cup ambassador Khalid Salman called homosexuality “damage in the mind,” the Associated Press noted.

PBS reported Quater officials have banned several European teams “One Love” armbands, which could be the reason why the US Men’s team LGBTQ has been shelved.