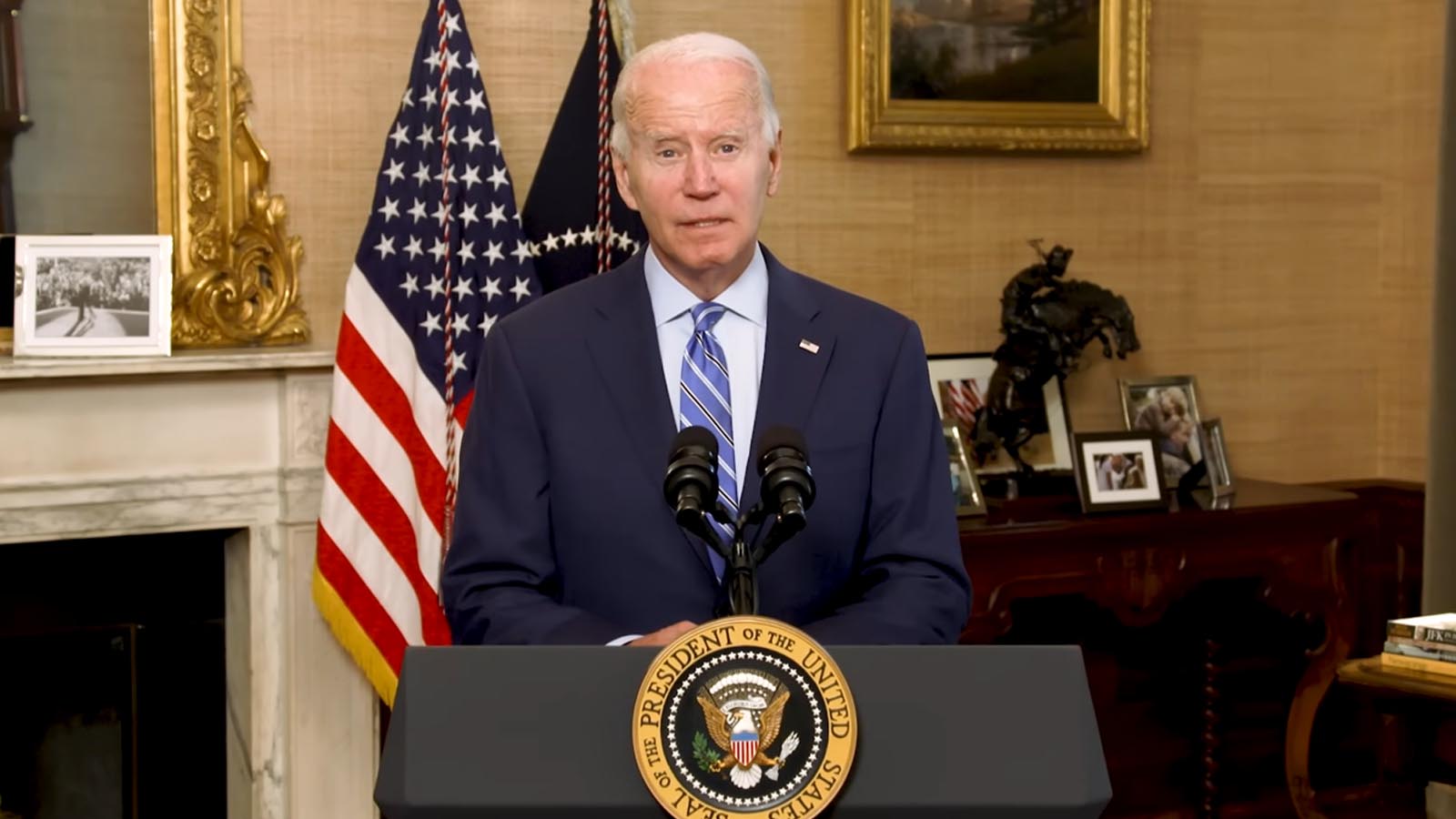 After a video published by the White House made its way online Monday, Twitter users noticed some strange things about the video’s editing and President Joe Biden’s appearance.

In the 11-minute video, multiple cuts interrupted Biden’s speech, giving the impression he must have messed up repeatedly during the recording. Additionally, Biden rarely blinked and his voice sounded hoarse the longer he continued talking.

“To me, it’s simple. If you can’t support banning weapons of war on American streets, you’re not on the side of police,” Biden said.

Many cuts were used to stitch the White House video together, an editing choice of which conservatives gladly made fun.

The Daily Wire’s official Twitter account also mocked the president’s lack of blinking, while one of the outlet’s hosts suggested Biden could have consumed a stimulant drug before the recording.

White House: If you don't blink for the whole video, we'll give you ice cream
Biden:pic.twitter.com/5v8n4t5PBC

Joe Biden would not be the first Democrat president to be injected with uppers in the White House. And it would make sense considering Biden was already 21 years old when it was happening to this guy: pic.twitter.com/e39mwAYI4Z

Another user posted two back-to-back clips of Biden, contrasting his physical appearance and voice. The first showed the president supposedly looking normal, while the aforementioned second video looked off.

Here’s the two videos back and forth. Pay attention to his physical appearance and his voice. Again, both supposedly from today, both only a few hours apart. What the hell is happening here? 🧐 pic.twitter.com/VjB2pjJZPn

In the video addressed to the NOBLE conference, Biden bragged about his 2021 American Rescue Plan, which provided upwards of $350 billion to cities and states struggling economically after the onset of the coronavirus pandemic.

The stimulus package bill cost a total of $1.9 trillion, according to SmartAsset.

“Over $10 billion of that money, of that funding, is being used to keep cops on the job, build new training facilities, enhance gun investigations and prosecutions and violence intervention programs,” Biden said.

He also used his praise for the police as a political opportunity to double down on Democratic criticism of Donald Trump’s alleged role on Jan. 6, saying the former president “lacked the courage to act.”

“The Capitol police, the D.C. metropolitan police, other law enforcement agencies were attacked and assaulted before our very eyes, speared, sprayed, stomped on, brutalized and lives were lost,” Biden said. “And for three hours, the defeated former president of the United States watched it all happen as he sat in the comfort of the private dining room next to the Oval Office.”