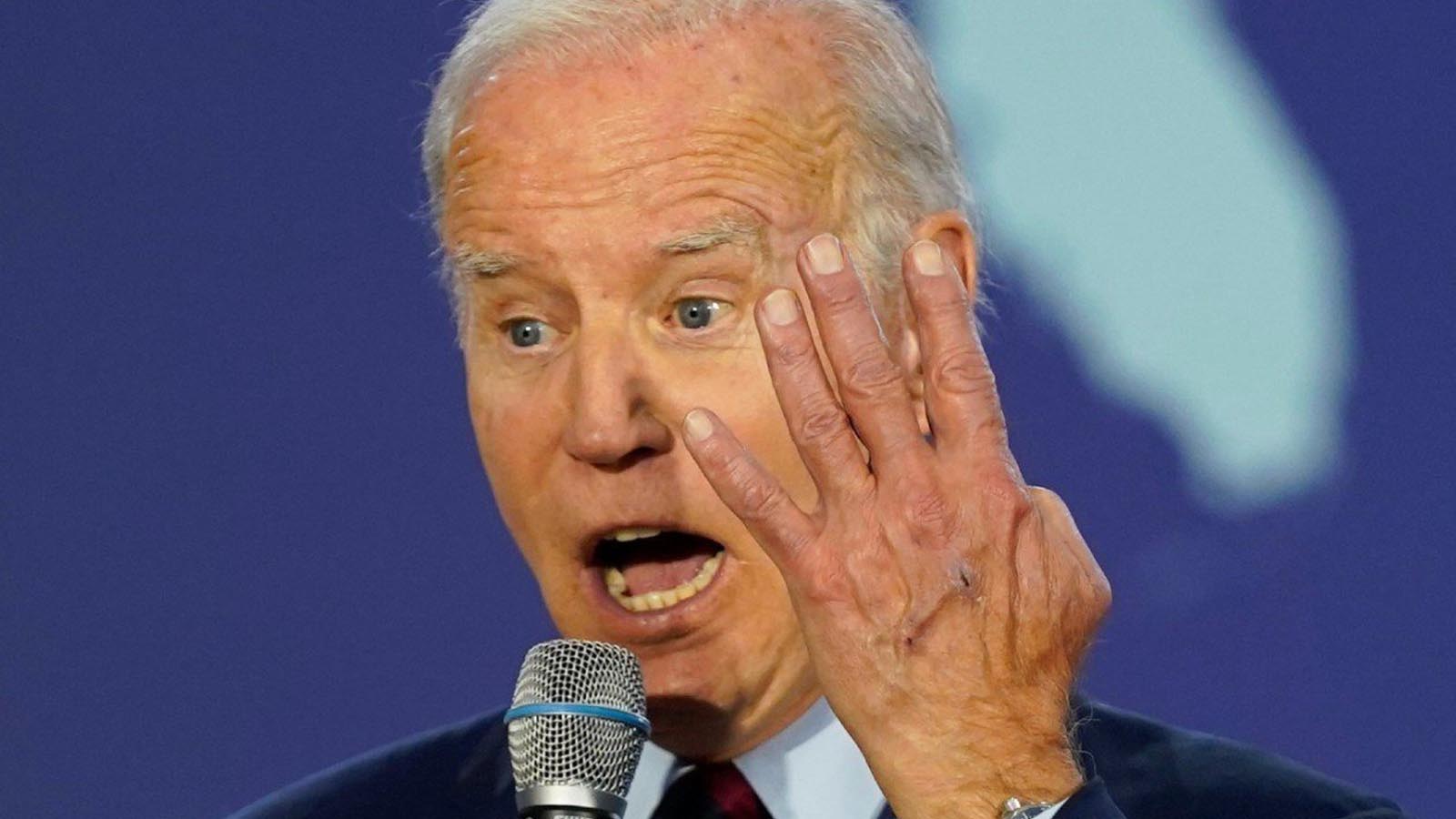 It’s not a great day for President Joe Biden when he gives a series of speeches in Florida and Twitter is split between concerns about his latest gaffe and worries about strange marks on his hand.

The headlines the White House was hoping to get from Tuesday’s trip to the Sunshine State, where Biden was trying to give a boost to lagging Democratic gubernatorial candidate Charlie Crist and senatorial candidate Val Demings, was that the GOP had spiraled out of control and was in the hands of extremists.

“This ain’t your father’s Republican Party,” he told the audience in Fort Lauderdale. “This is a different deal right now.”

In Golden Beach, Florida, he tried to rip into Republicans for not being apologetic enough about the attack on Paul Pelosi. House Speaker Nancy Pelosi’s husband was assaulted with a hammer at the couple’s San Francisco home on Friday, allegedly by a nudist activist from Berkeley with a proclivity for conspiracy theories and who struggled with drug and mental health issues.

“Look at the response of Republicans, making jokes about it,” the president said, according to The Hill. “These guys are extremely extreme.”

Biden’s health, however, became an issue after the Florida trip — first because of a gaffe in Fort Lauderdale where he confused Ukraine with Iraq and then claimed his son Beau died there. (Beau Biden, who served in Iraq, died in Maryland of brain cancer in 2015.)

And then came the photo The Hill used to promote a story about the president’s remarks in Golden Beach:

Which led to more than a few questions about what was on his hand:

What's going on with his hand, tho…??

What’s up with the needle marks on his hands?

Some people on Twitter — most of whom seemed to lack medical credentials, it must be noted — seemed to think it looked like either an IV mark or an infected wound:

I am not a doctor but this looks like an open wound which is not healing. If that is the case that would signify a much larger issue of possible vascular concern re PVD/PAD. Would love a doctor to weigh in on this. I certainly hope I am wrong and that is not the case.

Why is Biden getting IVs?

Bro, look at his hand. Has this dude been on IV's?

For whatever it’s worth, the mark can be seen during Biden’s speech in Fort Lauderdale, although it’s nowhere near as prominent as it looks in the Hill photo:

Obviously, none of these people is a medical professional and none has treated the president. It’s worth noting, however, that didn’t stop a whole slew of people from declaring former President Donald Trump completely and certifiably insane and subject to the removal processes specified in the 25th Amendment during his time in office, even though the current president has shown significantly more evidence of mental imbalance and decline.

The real issue here is that nobody seems to think the Biden administration is on the level about the guy who’s nominally supposed to be at the wheel. The president is in tip-top shape, if we’re to listen to them, both physically and mentally.

Never mind that he turns 80 next month and he’s clearly been on a long downhill slide in both departments, thoroughly lacking in energy and being so bereft of mental awareness he infamously scanned the room for a dead GOP representative he thought was supposed to appear at a White House event.

Because I lack medical credentials and haven’t treated the president as well, I’d rather not be speculating about his health. However, the reason people are doing so is the fact they’re concerned, not unjustifiably, that White House officials are propping up an empty suit until they can figure out how to move on from the man inside it or the Kamala Harris debacle.

If the administration wants to allay these fears and stop people from talking about Biden’s health, it can start by being transparent about his medical condition. Absent that kind of transparency, expect this kind of talk to continue all the way through the midterms and until the 2024 election, which the president insists he intends to stand for.

Of course, at the rate things are going, he might not be standing for much of anything — much less the highest office in the land — in two years’ time.