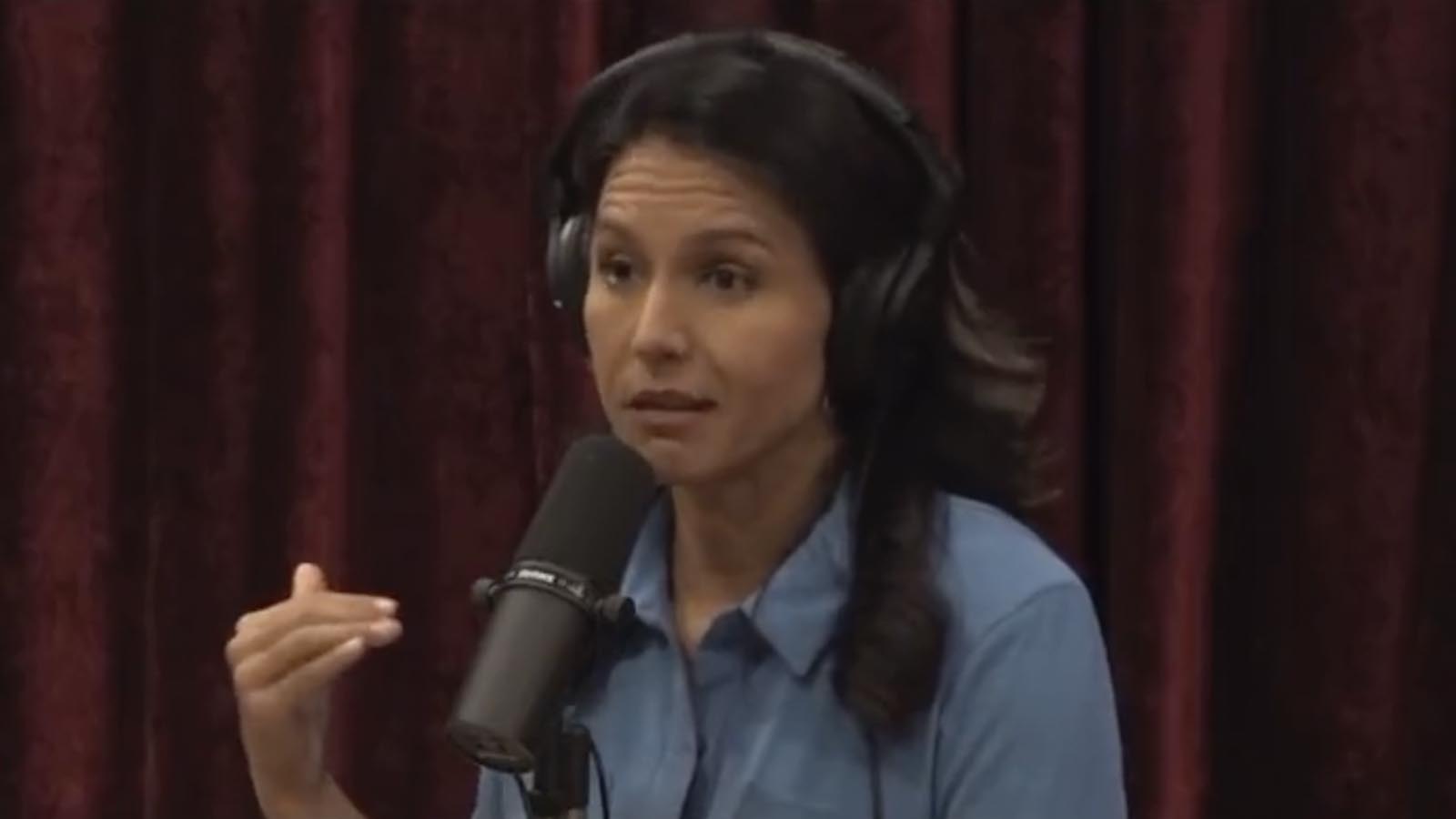 Former Democratic Rep. Tulsi Gabbard of Hawaii on Tuesday labeled the Democratic Party as a group dominated by ideologues who stomp out dissent for the sake of their power.

“I think the Democratic Party leaders, people like Hillary Clinton, people who’ve been in charge for a very long time, foment this kind of culture of fear and like, hey, if you go against us, like you’re dead, you’re on the s**t list,” she said during an appearance on Joe Rogan’s podcast, according to one segment posted to Twitter.

“You have kind of the very loud activists who don’t represent, I think, even the majority of the Democratic Party, but the AOCs of the world who are almost like these radical religious zealots, and they are idealogues and whatever they choose is the battle of the day, if you are against them on that, forget it. You’re done,” Gabbard, who announced her departure from the party on Tuesday, said.

TULSI: If you go against Hillary Clinton, you’re dead pic.twitter.com/aMZBSV75p5

During their conversation, Rogan, speaking of silencing voices with the party, said, “It’s such a foolish perspective, and it plays out, historically, over and over and over again, in a terrible way.”

“The people in charge of the Democratic Party, whether they actually hold positions, or they are just influential in the Democratic Party, have created this cult-like atmosphere and fomented this fear so much so that the people who are in a position to impact this, to stand up against this, to say, ‘hold on guys this is literally insane and needs to stop’ — they’re too afraid to do so because of what the ramifications will be,” she said in a separate clip.

“The Democratic Party that I joined doesn’t exist anymore,” she said.

“The party that was, you know, the party of JFK, of Dr. Martin Luther King, the party of inclusivity, the big tent party that welcomed and encouraged this marketplace of ideas and conversations and people who held different views; the party that championed women and equality and the rights of people in our society. That party doesn’t exist anymore,” she said.

Instead, she said, the party is being led by “people who have gone insane with this ideological fanaticism.” She cited issues related to the rights of parents, caving to teacher unions, and the transgender controversy as ones where the party has lost its way.

“They’re undermining families, they don’t believe in the rule of law,” she said, referencing the defund the police movement and attacks on the Supreme Court.

Gabbard bemoaned that fact the “idealogues” have “taken control of the Democratic Party,” saying they “don’t actually care about the people.”

During a clip of the interview posted to Mediaite, Gabbard continued her critique of the party.

“It really just speaks to what is really a dangerous mentality amongst the Democratic party leadership and kind of this, establishment narrative in Washington, which is, they don’t believe in freedom,” she said.

“They don’t believe in freedom of speech or freedom of thought. And for anyone who brings an opposing view, they choose to shut you up, silence you, smear you, try to ruin you or undermine your character and credibility,” Gabbard continued.

She offered an explanation.

“They don’t want the weakness or the insecurity of their own argument to be exposed. And also they immediately judge you as someone who may bring an opposing view, regardless of your political party, as the enemy, as a threat, as somebody who … doesn’t deserve a voice. Which is really, really dangerous for our democracy when you really think about it,” Gabbard elaborated.