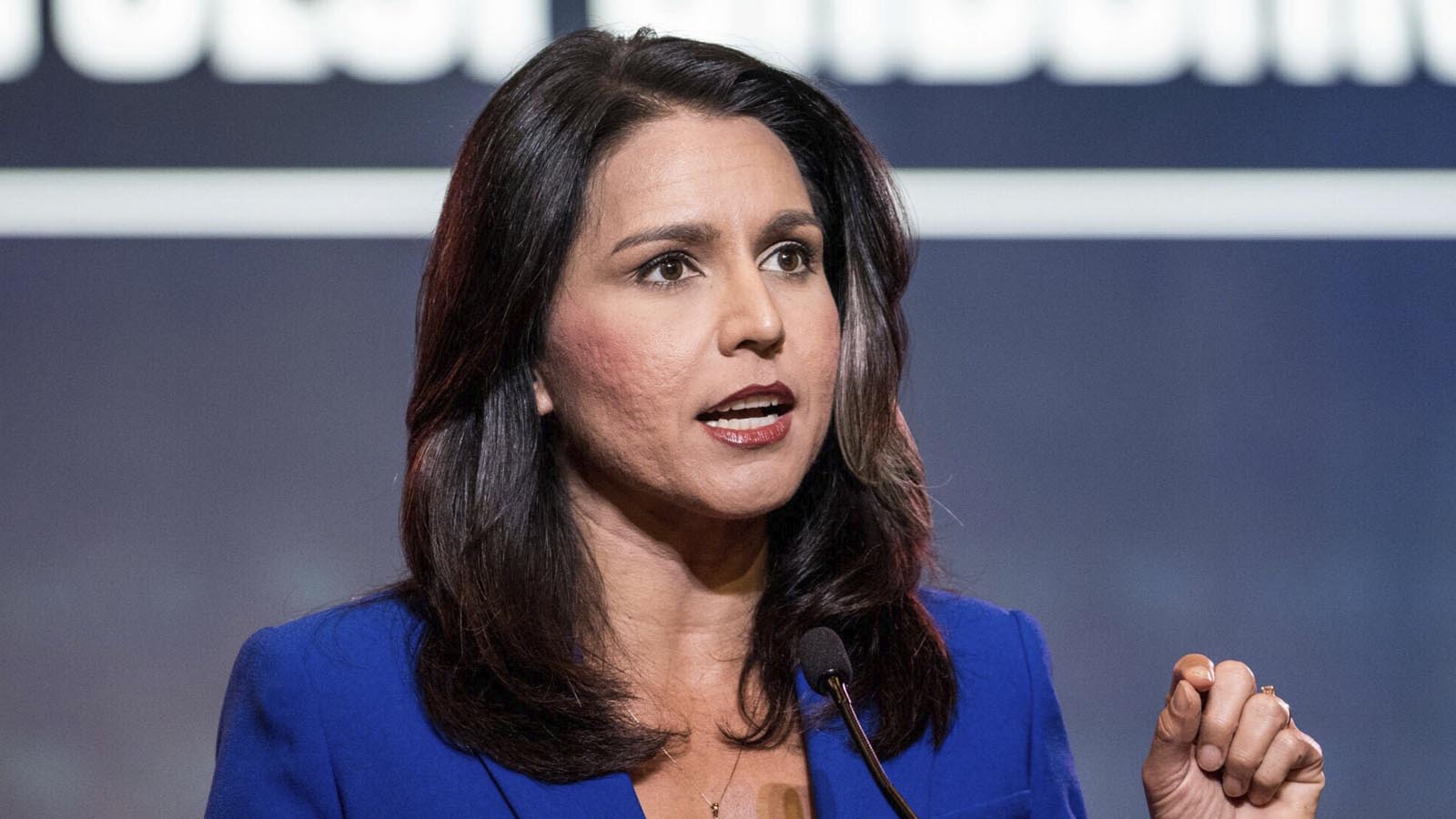 Former Democratic representative and 2020 presidential candidate Tulsi Gabbard will hit the campaign trail with Republican New Hampshire Senate nominee Don Bolduc, after announcing her shocking exit from the Democratic Party because she believes they are “controlled by fanatical ideologues who hate freedom.”

The unconventional pairing comes just 24 hours after the former Hawaii congresswoman posted a 30-minute video on YouTube in which she denounced the “elitist cabal of war-mongers” who make up her former party and divide the country by “racializing every issue and stoking anti-white racism.”

The New Hampshire Democratic Party (NHDP) responded to the announcement with harsh criticism of the former Hawaii congresswoman and her decision to campaign with the Republican who is taking on longtime Democratic Sen. Maggie Hassan in the midterms this fall.

“Tulsi Gabbard is a Vladimir Putin apologist who has pushed conspiracy theories and stood with dangerous tyrants over the United States. By campaigning with a pro-Putin, extreme conspiracy theorist like Gabbard, Don Bolduc is making only more clear how out of step he is with NH,” the NHDP stated in a press release Wednesday.

Gabbard made headlines Tuesday after she announced she would be leaving the Democratic Party she once represented in Congress, her reason being that the party is “driven by cowardly wokeness.”

“I can no longer remain in today’s Democratic Party that is now under the complete control of an elitist cabal of warmongers driven by cowardly wokeness, who divide us by racializing every issue & stoke anti-white racism,” Gabbard said on an episode of “The Tulsi Gabbard Show.”

“Who actively work to undermine our god given freedoms that are enshrined in our constitution. Who are hostile to people of faith and spirituality. Who demonize the police, but protect criminals at the expense of law-abiding Americans. Who believes in open borders,” she went on.

Gabbard joined Fox News’ Tucker Carlson on Tuesday to reiterate why she decided to leave her long-affiliated party.

“When you look at this party, today’s Democratic Party, it is controlled by fanatical ideologues who hate freedom,” Gabbard said.

A recent AARP poll found that Hassan is currently leading the Senate race over Bolduc, 52% to 45%. The survey was conducted from Oct. 2-6 with a margin of error of plus or minus 4.4 percentage points.