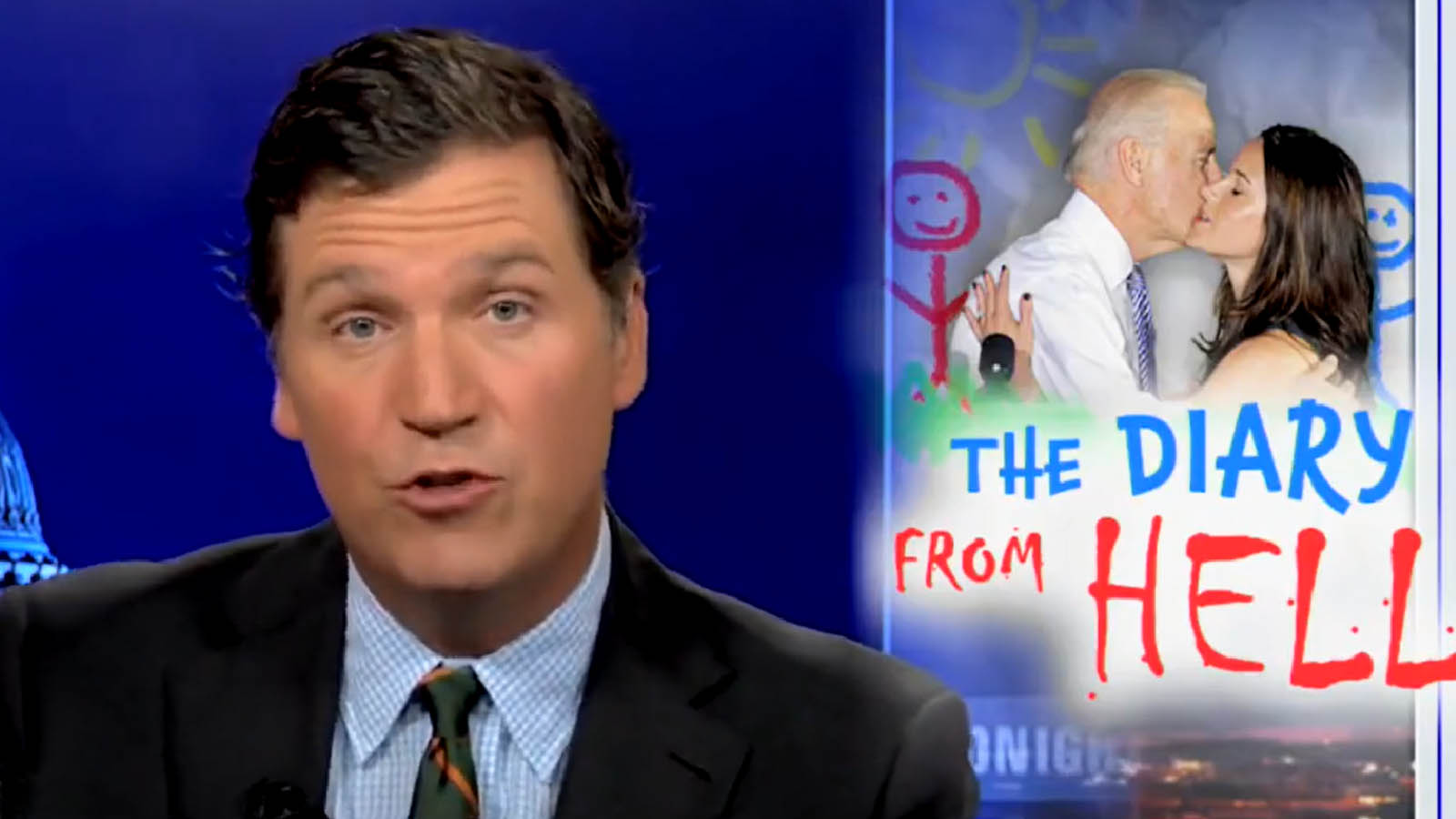 In Ashley Biden’s writings, she claims that the president took showers with her when she was young, fueling her sex-addiction.

Carlson described the disturbing details as “sick” and “horrifying,” saying “if that’s not child molestation, it is definitely close enough to justify a police visit.”

Inside a January 2019 diary entry, she wrote “I remember having sex with friends @ a young age; showers w/ my dad.”

Carlson then asked the audience, “if you are the father of daughters, ask yourself, is there any explanation for that behavior that is justifiable?”

Ashley Biden’s diary was found by a woman named Aimee Harris who sold it after finding it at a halfway house that Biden’s daughter stayed at while receiving treatment.

The Fox News host then slammed the FBI for probing the woman over an incident that is not a federal crime and for not going after Biden.

Tucker on new Biden allegations: "If that’s not child molestation, it is definitely close enough to justify a police visit." pic.twitter.com/QLHTThvcho

In November of 2021, Project Veritas founder James O’Keefe was being investigated after police officials raided his home looking for Ashely Biden’s diary they claimed was stolen by O’Keefe.

“In what world is the alleged theft of a diary investigated by the FBI? Why were they doing this?” Carlson asked, pointing out that they didn’t want the contents of the diary to become public.

Before signing off, Carlson reminded viewers of Biden’s strange behavior towards young girls.

Last year, creepy Joe Biden caused uproar over his comments about a girl at a Virginia military base, saying “I love those barrettes in your hair, man…I tell you what, look at her, she looks like she’s 19 years old, sitting there like a little lady with her legs crossed.”

Joe Biden looks at a little girl in the audience, the daughter of a veteran, and says "I love those barrettes in your hair. Man I’ll tell you what, look at her she looks like she's 19 years old sitting there like a little lady with her legs crossed." pic.twitter.com/DbH8ihG2Mj