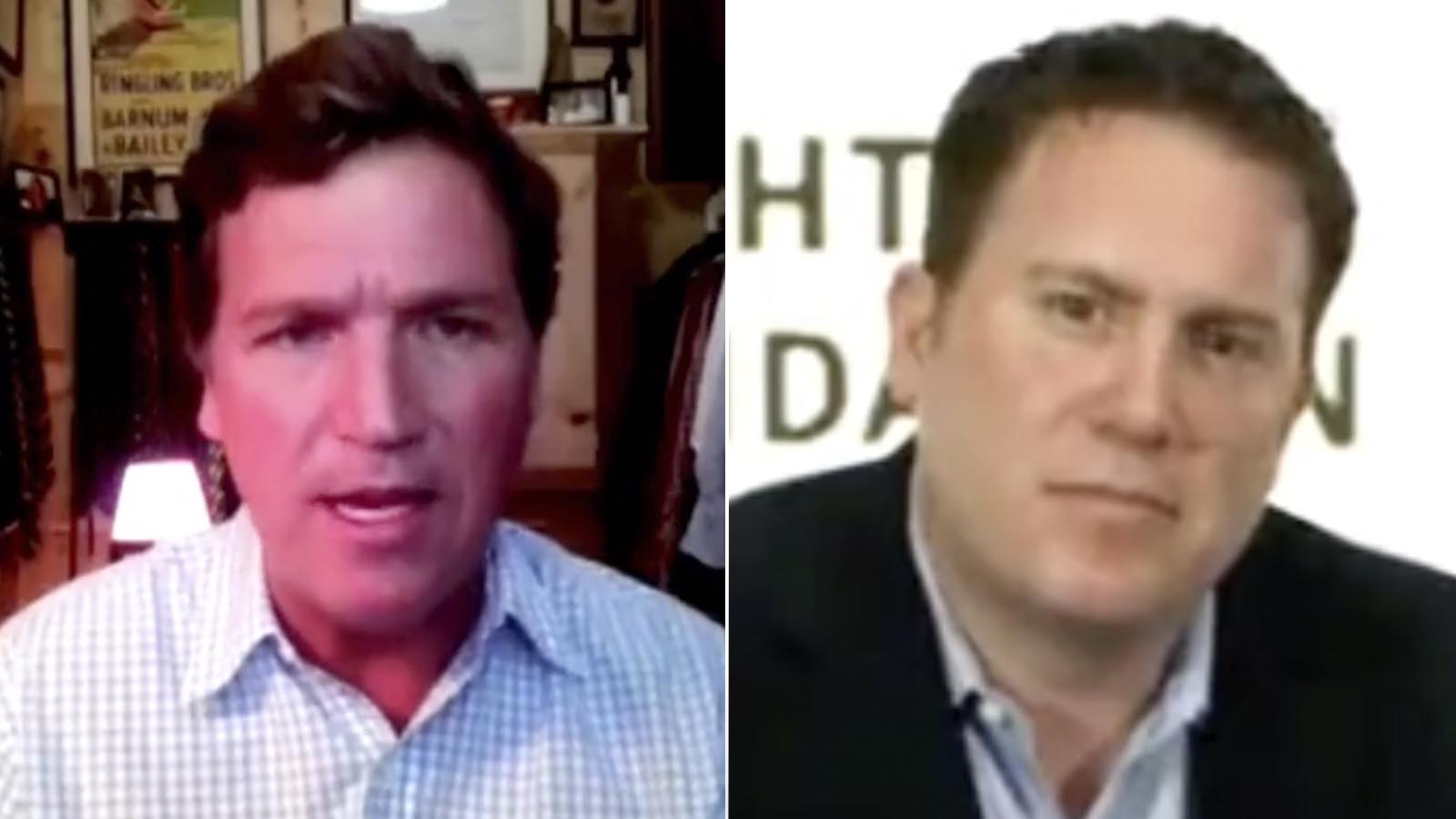 Sparks flew during a recent interview with Tucker Carlson hosted by Ben Smith, a former reporter for The New York Times, with the conversation quickly turning contentious.

Despite the fact that Carlson himself was rather cordial in the beginning, Smith simply couldn’t help but make the conversation all about how the Fox News host is a “white supremacist.”

What followed was a must-see exchange in which Carlson just nukes Smith, exposing him for his sheer intellectual vapidness.

Smith is an absolute hack, having worked for years at Buzzfeed before moving over to the Times, and it shows in everything he utters during the interview. He’s not asking questions. He’s pushing a narrative while attempting to hide behind the “I’m just a journalist” facade he’s built for himself. Carlson attempts to clearly express his views in an authentic, understandable way while Smith resides on a different planet, obsessing over a media matters clip about “replacement theory.”

But as Carlson notes, touting the bogeyman of “replacement theory” is simply a cheap attempt by the left to pretend they haven’t bragged about abusing the immigration system to ensure they remain in power. We are all old enough to remember “demographics is destiny” during the Obama years. Carlson is not a racist for correctly calling out Democrats for the very plans they’ve admitted to, and the Fox News host repeatedly tells Smith during the interview that he holds no animosity towards anyone based on their race.

Smith didn’t want to hear that, though, and things only got dumber after he brought up mass shooters, which led to Carlson delivering a rhetorical beatdown.

"This is why you are considered, correctly, a propagandist and not a journalist. I just explained in detail, with total sincerity, what I believe, you ignored it, and invoked mass shooters." pic.twitter.com/dZmYVYxAt5

Putting aside that Carlson doesn’t actually espouse “replacement theory,” which is an anti-Semitic conspiracy theory that has nothing to do with his past statements, the attempt at a connection to any mass shooter is ridiculous. To be more specific, Smith is citing the Buffalo mass shooter to make his claim, yet that same shooter talked in his manifesto about how much he hated Fox News. There is zero indication he watched Carlson’s show, and it is lazy, slanderous garbage to suggest there was any inspiration derived from it.

Still, my favorite part of the back and forth occurred when Smith once again tried to goad Carlson over the issue of race. The response was both hilarious and on point.

Ben Smith asks Tucker if he is a racist:

"The people that I'm mad at are well-educated white liberals. The archetype of a person I don't like is a 39-year-old white female lawyer with a barren personal life… I always say to people who call me a racist: No, I hate you!" pic.twitter.com/OfkhXRYmn8

Carlson hits the nail on the head. If you are a conservative in America, your ire is most likely pointed at affluent, white liberals (related: We Need to Talk About White, Liberal Wine Moms) who believe they are the saviors of minorities and push radical left-wing policies with no care for the unintended consequences. It’s not black people that Carlson is worried about. It’s certainly not Hispanics, many of whom are trending Republican these days. Rather, it’s people like Smith who pose the most present ideological danger to the nation, and last I checked, he’s white.

The bottom line is that Carlson is not going to bend the knee to left-wing lunatics who think that crying “white supremacist” is the peak of intellectualism. Smith can continue to gnash his teeth over eight-second Media Matters clips, but Carlson’s influence goes so far beyond that of his critics. He’s winning and they aren’t. That drives them insane.