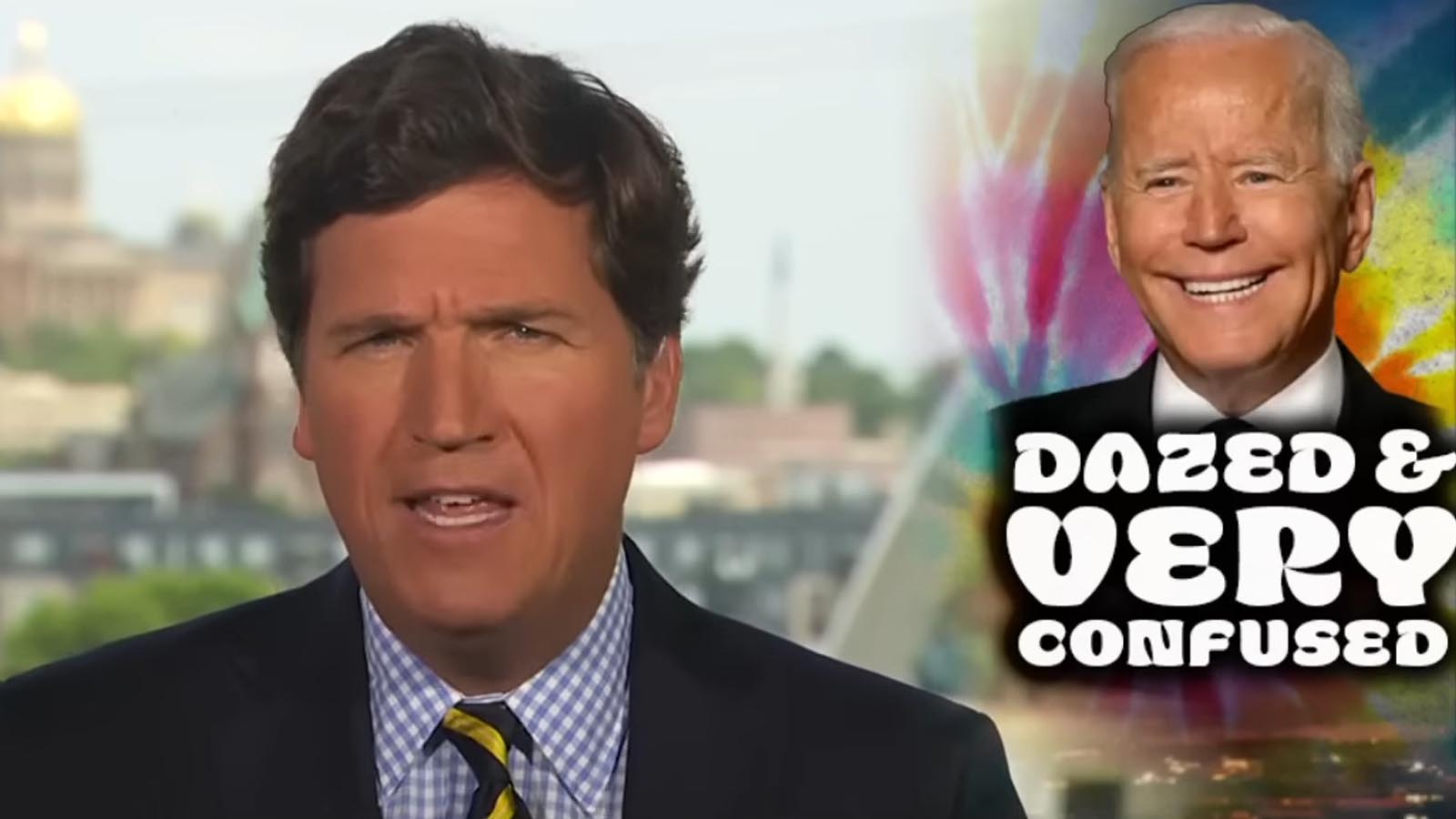 Tucker Carlson: “How did he manage to get through the campaign? Well, it turned out, we learned later his staff, supervised by Dr. Jill, his wife, was giving him pills before every public appearance–checking the time and at a certain hour giving him a dose of something.”

“Now it’s not a guess, we’re not making that up. We’ve spoken directly to someone who was there and saw it happen multiple times. Now, before taking the medications this person said, Biden was quote ‘Like a small child. You could not communicate with him, he changed completely because he was on drugs and he clearly still is on drugs.’ Someone’s pushing, we don’t know what those drugs are. We should know.”

Video cued to set up by Carlson for report on Biden’s pill usage.

Carlson opened the segment talking about former White House physician Ronny Jackson in 2020 calling for Biden to take a cognitive test and being rebuked via email within minutes by Barack Obama. Jackson is now a Republican Congressman from Texas.

Barack Obama wrote me a scathing email because I said something that was a THREAT to his party's control. Democrats KNEW Biden's cognitive decline was too severe, and the party did EVERYTHING they could to SHUT ME UP. Great segment @TuckerCarlson! You're speaking the TRUTH! pic.twitter.com/482749WMel

Excerpt from CNN report on Obama trying to get Jackson to stop questioning Biden’s mental condition.

…Jackson retweeted a video of Biden with the message: “Remember the cognitive test that I gave @realDonaldTrump? The one he aced! Sounds like somebody else might need some testing done!! Scary!!”

Jackson received an email from Obama shortly after. The email is included in Jackson’s yet-to-be-released memoir titled “Holding the Line: A Lifetime of Defending Democracy and American Values.”

I have made a point of not commenting on your service in my successor’s administration and have always spoken highly of you both in public and in private. You always served me and my family well, and I have considered you not only a fine doctor and service member but also a friend,” Obama said in the email.

Obama added: “That’s why I have to express my disappointment at the cheap shot you took at Joe Biden via Twitter. It was unprofessional and beneath the office that you once held. It was also disrespectful to me and the many friends you had in our administration. You were the personal physician to the President of the United States as well as an admiral in the U.S. Navy. I expect better, and I hope upon reflection that you will expect more of yourself in the future.”

Jackson called on Biden to resign this week, “Biden won’t finish his term. EVERYONE knows he’s unfit for the job. His mind is too far gone. This can’t go on any longer. He needs to RESIGN!:

Biden won’t finish his term. EVERYONE knows he's unfit for the job. His mind is too far gone. This can't go on any longer. He needs to RESIGN!