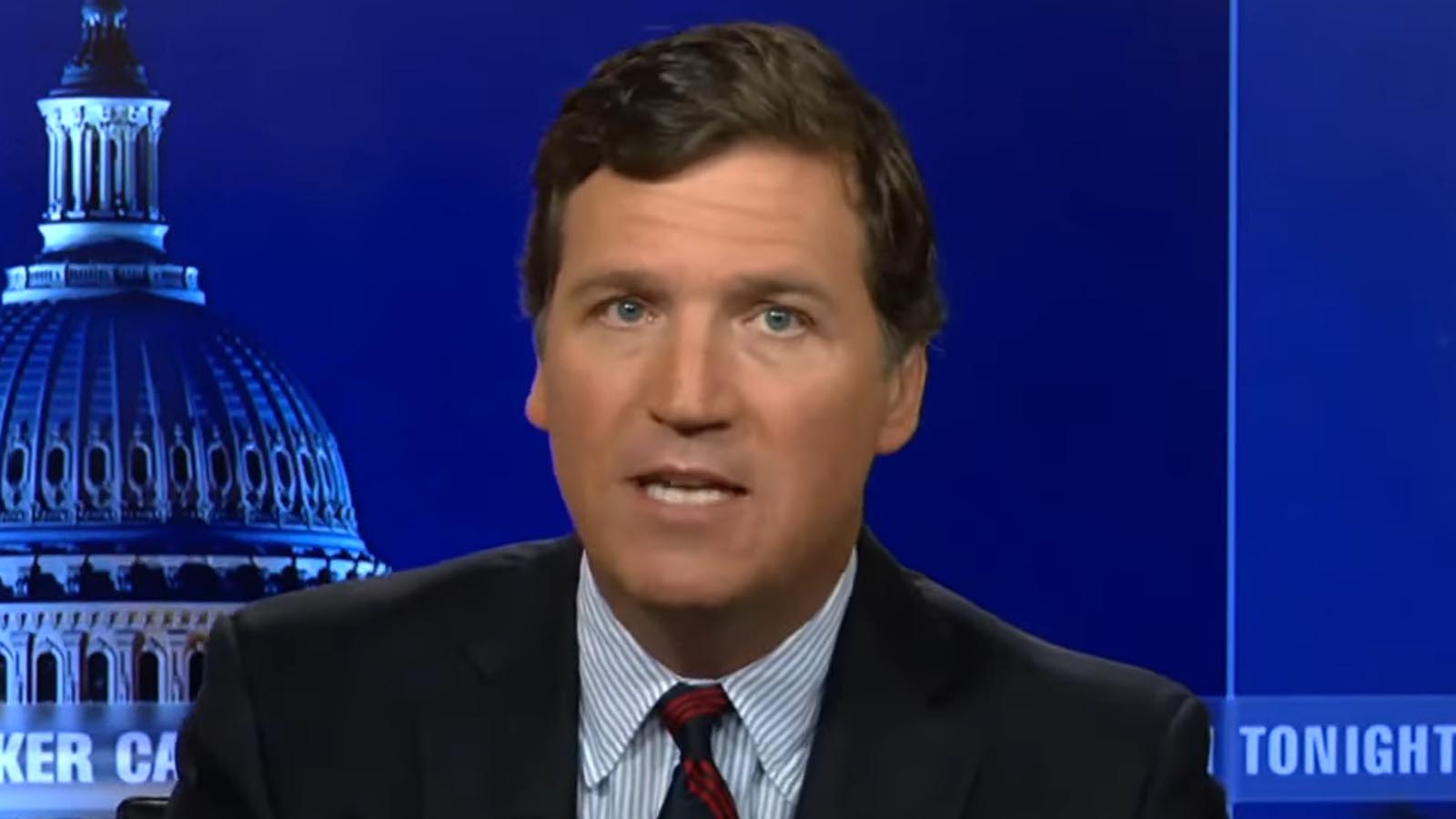 It’s a lengthy commentary but this one shreds the endless stream of nonsense the Biden administration has manufactured in a pathetic attempt to cover for their serial failure on gas prices, inflation, and the supply chain fiasco.

Fox News’ Tucker Carlson went on a near 20-minute tear into this administration. Carlson knows the Left hates him. His segment served as another reminder of why they hate him—and it’s something he wears with pride. He eviscerates all their narratives with ease. Carlson explained what we all know which is that Biden’s energy policy is grounded in intentional harm. The Green Left wants to end fossil fuels and the internal combustion engine. The Left thinks they know best. They knew this would be a painful transition, but they don’t care. Biden’s senility works in their favor; they can drag him along.

Carlson aptly noted that this country is rich and powerful due to cheap energy and our bountiful resources. Those resources are being sold off to pay down debt and help our enemies in their quest to remove us as a regional power on the world stage. All of this while Americans are being brutalized at the pump every day and then slapped again when inflation eats away more at their paychecks through bills and at the grocery store.

Stores that now have trouble being stocked with common items; baby formula being the latest issue. In Biden’s America, you can fill up your tank, you’re poorer, and you can’t feed your babies. Giving away our energy assets while Americans are being crushed at the pump is an impeachable offense in Tucker’s eyes. What do you think:

…[A] petroleum analysis firm called GasBuddy, decided to do a simple calculation. They wanted to put rising gas prices in context. Here’s what they did: math. They determined every year over year price change in gasoline prices in the United States going back to 2002, 20 years, and they found this. From November of 2020 to November of 2021, that would be roughly from Election Day to the end of Joe Biden’s first year running the country, gas prices in the United States went up by more than 66%. That was the single highest year-over-year increase since 2002, which happens to be the year the government started tracking those data.

Now, this happened before Russia invaded Ukraine. Why did it happen? Super simple. Joe Biden on the campaign trail told us he was like Superman, and then he proceeded to jump off the garage. He told us he was going to end fossil fuels and because no one took him seriously, because he’s senile and wasn’t actually going to win, no one followed up with, “What, are you insane? How are you going to do that?

He canceled pipelines. He terminated oil and gas leases. He rejoined the Paris Climate Agreement without explaining why we should and by the way, if the climate is such a crisis, an existential crisis, and China and India are using more fossil fuels than they did 10 years ago, and nobody says anything about it, maybe they’re not really sincere about this global warming thing and then on top of all of that, Joe Biden pumped trillions more dollars into the U.S. economy, thereby devaluing the U.S. dollar and making everything, including energy, more expensive.

You know what happened. That’s all true and it was done on purpose. It was done to change our energy supply from what is cheap, efficient and the source of all of our wealth to something that Biden and his donors control, the green economy that will make us poor and that is, in fact, causing famine around the world right now. So, that’s what happened. As a political matter, since this is still sort of a democracy, it happened way too fast and scared the hell out of people and polls showed that. Democrats and Republicans, no matter who they voted for, were worried above all about rising energy prices because it hurt them directly every single day.

…in late March, in an act of desperation, Biden did maybe the worst thing that he has done since becoming president and that’s saying a lot. He started to sell off one of this country’s most important natural resources, one of our most valuable assets. It’s called the Strategic Petroleum Reserve, the SPR. It’s controlled by the Department of Energy. So, what Biden could have done is produce more oil domestically, but that would have been too easy and too good for the United States and its long-term interests.

it’s hard to hear anything Joe Biden says because it’s hard for him to say anything, but if you listen carefully or read a transcript, you will learn what he just said is we’re releasing a million barrels per day for a total of more than 180 million barrels from the Strategic Petroleum Reserve, which is held in caverns in a couple of states. How much is that? It’s a staggering figure.

So, let’s put it in context. The reserve can hold more than 700 million barrels total, but it didn’t have that because Congress, by the way, as you haven’t been paying attention, has been selling off our Strategic Petroleum Reserve to pay off debt. So, by the time Joe Biden arrived, there was far less than that. There was about 568 million barrels of oil in the Strategic Petroleum Reserve. Now, no president in American history has ordered a drawdown this large.

You inject more petroleum into the market and prices for gas should drop, but here’s the amazing thing. That’s not happening. Since Joe Biden started releasing all this oil from our reserves, which he does not own, you do, we do, what has happened to gas prices? They haven’t dropped. They’ve kept going up. Huh? In mid-June, the price of both regular unleaded and diesel critically hit all-time highs, well over five bucks a gallon nationally. How could this be? It really was a mystery. It violated the most basic rules of economics, but now, thanks to a new report in Reuters, we know why.

It turns out the oil being released isn’t for us. It’s going to India and China. According to Reuters, and we’re quoting, “more than 5 million barrels of oil that were part of a historic U.S. emergency reserve released to lower domestic fuel prices were exported to Europe and Asia last month.” The piece continues “cargo of SPR, crude (oil from our reserves) we’re also headed to the Netherlands into a Reliance refinery in India, an industry source said. A third cargo (buckle your seatbelt) headed to China.” To China!

So, as gas prices set records in this country, as American citizens who were born here and vote and pay taxes cannot afford to fuel their own cars, the Biden administration is selling off our emergency oil reserves to China. That’s not an indictable offense? It’s certainly an impeachable one and they should impeach him for that.

I think that’s one of many impeachable offenses. While I agree with Carlson, the contents of Hunter Biden’s laptop continue to drop little tidbits about this alleged crime family syndicate Joe and Hunter have established. Joe Biden supposedly has millions of dollars in unreported income. We have the China deal that was the real October surprise in 2020 that still needs to be sifted through since our media decided to bury the story. There are also the other government access deals with the shadiest characters imaginable that Hunter hashed out. So, of course, add this energy fiasco to the list, but the real question is will the GOP do anything about once they’re retaken control of Congress.