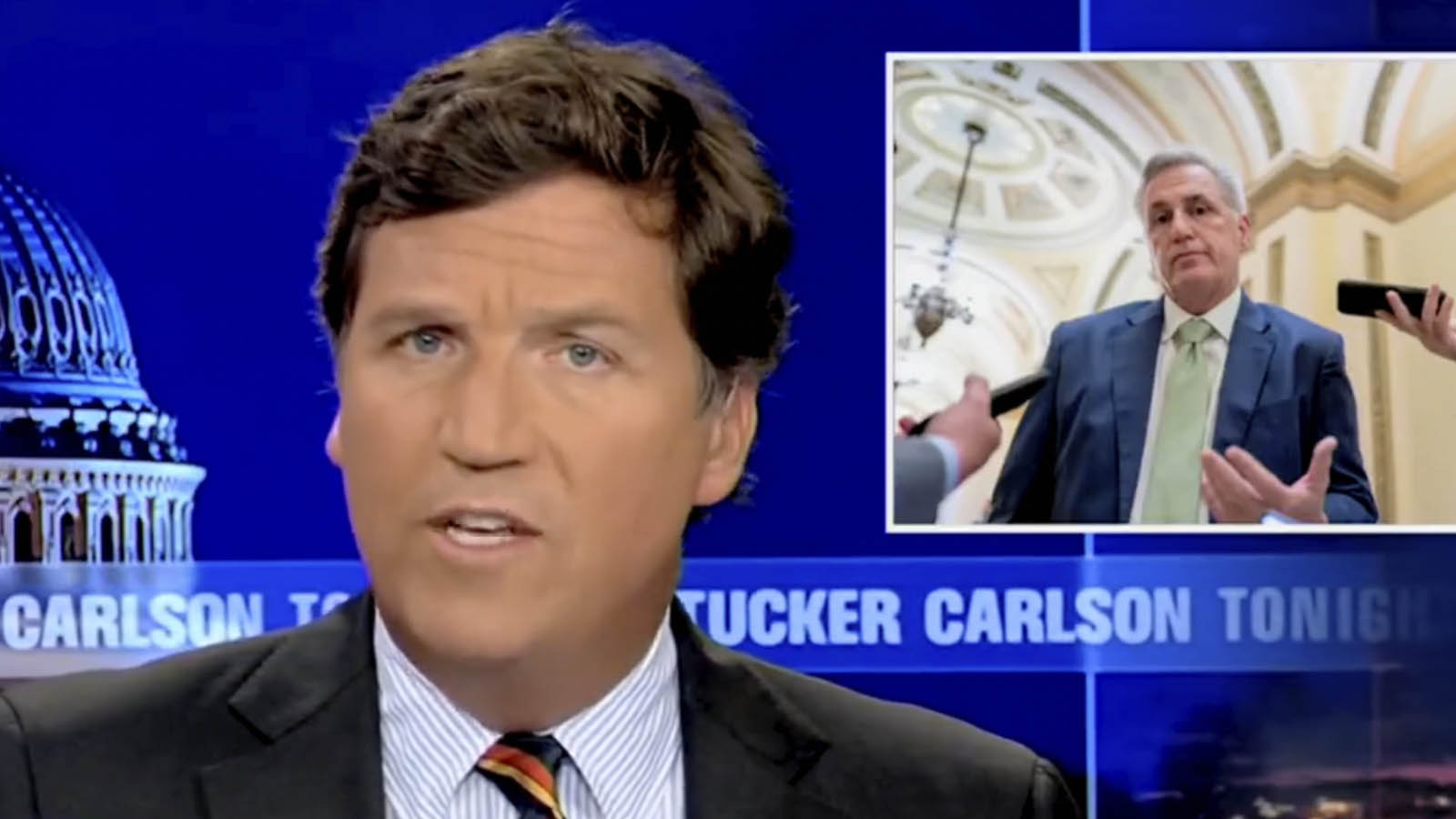 On Tuesday, Kevin McCarthy faced an opening-round defeat in his pursuit to become Speaker of the House. After three ballots, the California Republican actually lost votes as things progressed, with 20 of his caucus members ultimately opposing him. That left the process deadlocked, with the House deciding to adjourn for the evening.

Now, the game continues, with McCarthy and his allies looking to apply pressure on the holdouts. Apparently, they expect that to come from some of the bigger names in conservative media. 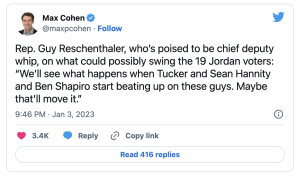 That’s a bit presumptive, I’d say. Why would congressional members who have already faced an onslaught of criticism be moved by what hosts on Fox News say about them? Clearly, Matt Gaetz, Lauren Boebert, Chip Roy, and the rest of their group have stuck their flag in the ground, and they did so understanding they’d have to take the heat.

Reschenthaler appears to have been misguided, though. Tucker Carlson has now chimed in, and some of what he says isn’t going to make McCarthy and his cohorts very happy.

His real constituency is the lobbying community in Washington, D.C.” –@TuckerCarlson pic.twitter.com/tlzlZ07kRY

Tucker begins by addressing those who have described the spectacle of Republicans debating over who will be the Speaker as “embarrassing.” He just takes off from there.

CARLSON: It is embarrassing if you prefer the Soviet-style consensus of the Democratic Party’s internal elections, where votes are merely a formality, and all the really big decisions, the meaningful ones, are made years in advance by donors. “Oh, of course, everyone’s on board.”

That’s what they do. But if you prefer democracy to oligarchy, if you prefer real debates about issues that actually matter, it’s pretty refreshing to see it. Yes, it’s a little chaotic, but this is what it’s supposed to be.

Carlson then goes on to slam McCarthy personally, accusing him of being a political “agnostic,” beholden to lobbyists and not any particular ideology. That’s fair. After all, we are talking about the guy who roomed with notorious squish Frank Luntz, who was part of the Boehner bros, and who has a liberty score somewhere around the grades I got in business calculus.

Still, Carlson goes on to concede some of the arguments for McCarthy. Namely, the fact that the congressman is willing to do the job. That seems silly to have to mention, but unless something changes tomorrow, no one else really wants the position, and that includes Jim Jordan (who all 20 holdouts voted for). Carlson notes that the job of the Speaker in a divided government is just as much about living in hotel rooms and raising cash for the next election as it is about pushing conservative policies. Does Steve Scalise want to do that? It doesn’t seem so. And to be fair, for whatever political flaws McCarthy has, he’s a very effective fundraiser and party advocate.

That led Carlson to his last point, which was to consider how badly McCarthy really wants to be Speaker. In other words, what concessions will he make to ensure he has the votes? Carlson suggests releasing all the January 6th files and appointing Thomas Massie as chair of a new Church Committee to investigate the FBI and intel agencies for interfering in our elections. If McCarthy wants the job badly enough, simply give conservatives what they want. It’s not complicated.

What’s important here is that Carlson isn’t just blindly supporting McCarthy (I haven’t checked on Sean Hannity, but I’d guess he took the opposite path). The congressman may still end up becoming Speaker of the House, but if that happens, a pound of flesh needs to be extracted in exchange because Republicans can’t waste the next two years. There is a limited amount of time to expose all manner of government corruption prior to the 2024 election.