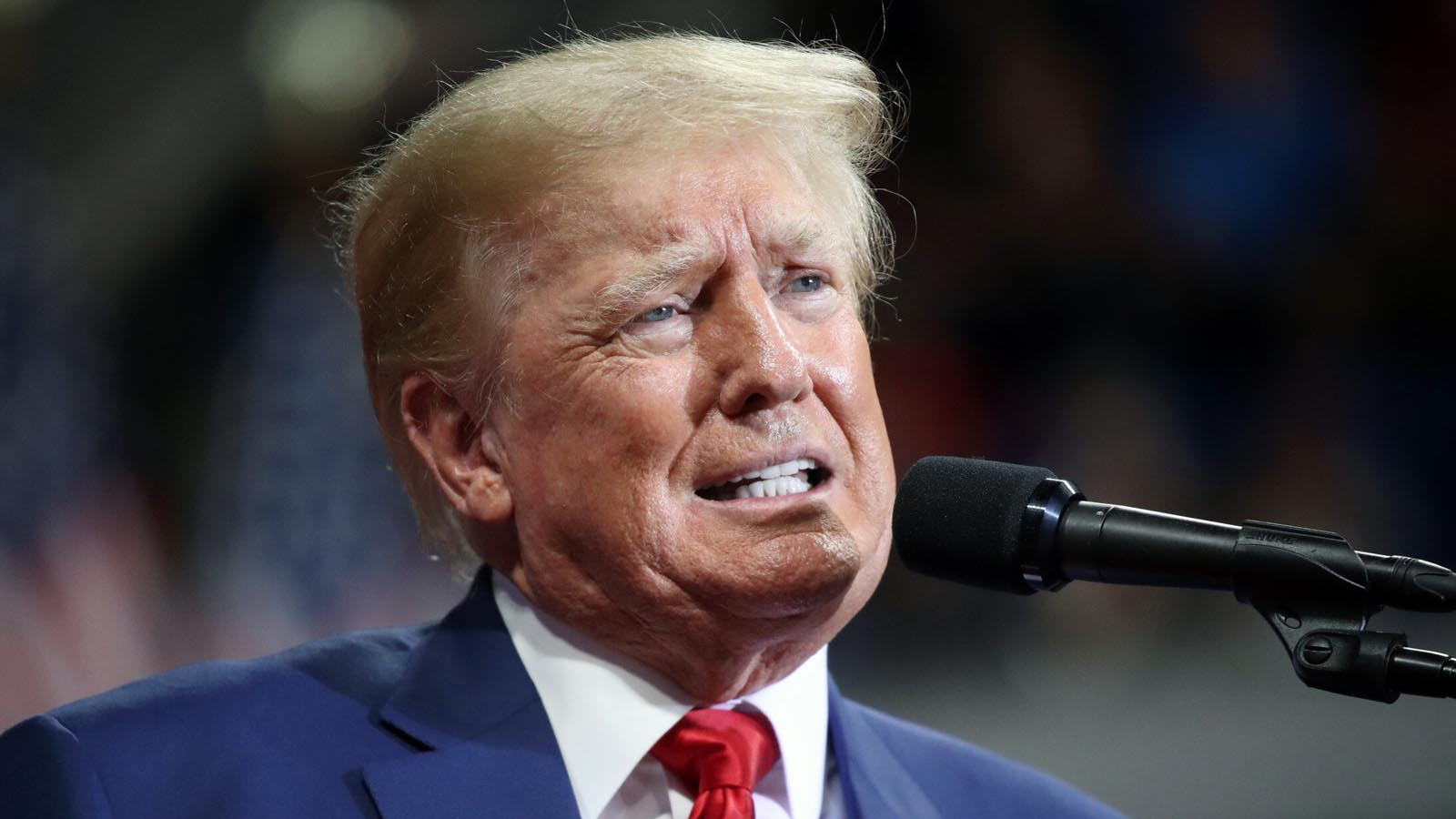 Former President Donald Trump has become increasingly worried about the war between Russia and Ukraine fearing that it can all too easily spin out of control and pull the rest of the world into a terrible world war.

At a Saturday rally in Minden, Nevada, Trump spoke about Russia’s unprovoked attack on Ukraine and noted that he fears a worse conflagration if Ukraine does not at least try to negotiate with Russia.

Trump was in Nevada stumping for Republican U.S. Senate candidate Adam Laxalt, who is currently in the lead against Democrat Catherine Cortez Masto, as well as GOP gubernatorial candidate Joe Lombardo.

But during the rally, Trump noted that the fight in Ukraine could very easily metastasize into the next world war.

Trump has proven to have had good instincts for foreign policy. Indeed, the Germans may have snickered at Trump in 2018 when the president warned them about relying too much on Russia energy exports, but his words were clearly prophetic.

Trump definitely had his finger on the pulse of world events. He realized that the West was becoming too dependent on the raw materials and energy supplied by countries run by dictators and tyrants. He knew that relying on these hostile regimes for these vital supplies meant yielding too much control to them and that the degree of control correlated in direct proportion to the level of reliance.

Trump also acted on that premise while he was in office. Instead of relying on OPEC and other Middle Eastern nations for our oil, he led the nation to energy independence. In fact, during the Trump years, the U.S. became a net oil exporter for the first time in 75 years.

Trump also led some of the most fruitful peace efforts in the Middle East — and elsewhere — in recent presidential history. He was so successful in peace talks that in 2020, Kosovo’s president awarded Trump with one of Kosovo’s highest honors for Trump’s efforts on peace and reconciliation in the formerly war-torn Eastern European area.

President Hashim Thaci awarded Trump with Kosovo’s Order of Freedom “for his exceptional contribution for the freedom of Kosovo and the strengthening of peace and reconciliation in the region.”

Trump also presided over the signing of historic diplomatic pacts between Israel and the United Arab Emirates and Bahrain that he hoped would lead to a new order in the Middle East.

The point is, when Donald Trump speaks about foreign affairs, he has a record that should cause people to stand up and listen.

Trump is very worried about the Russian invasion of Ukraine, and his comments during the Nevada rally are not his first. He also spoke about his concerns after the explosions that damaged the Nord Stream pipelines.

“Everyone is talking about the big hurricane barreling into Florida, as they should be,” Trump wrote on Truth Social late last month, “but perhaps a far more important event in the longer term was the announcement that the Nord Stream I & II Pipelines out of Russia (which I brought to the World’s attention as President when I explained how crippling reliance on it could be for Germany and other parts of Europe. Everybody laughed at the time, but they are not laughing anymore!) has been SABOTAGED. This could lead to major escalation, or War!”

Along with his warnings on Russia, Trump has also been a leading critic of China. And his worries are real because some experts say that if we were forced to go to war against China, we would be faced with the reality that our military is simply not prepared for it.

These warnings come on top of news that the state of our armed forces is not good. This year we have seen the lowest recruiting rates for our military in years. That along with Joe Biden’s COVID obsession causing thousands of soldiers to be summarily cashiered from the service, leaves us with a terribly reduced force. Pile on top of that our “dangerously low” stockpile of munitions, and we have a military that is grossly understaffed, bereft of supplies and rife with woke nonsense instead of military training.

Add in our suffering economy that is now in the worst shape it has been in decades, and the U.S. is in a very precarious spot as the winds of war blow across the globe.

Donald Trump’s warnings that the world is on the brink of war should not be dismissed. His record of success on the world stage demands he be taken seriously. All it takes is one stupid move, and the world could be plunged into World War III.

And as Barack Obama once said, “Don’t underestimate Joe’s ability to [screw] things up.”