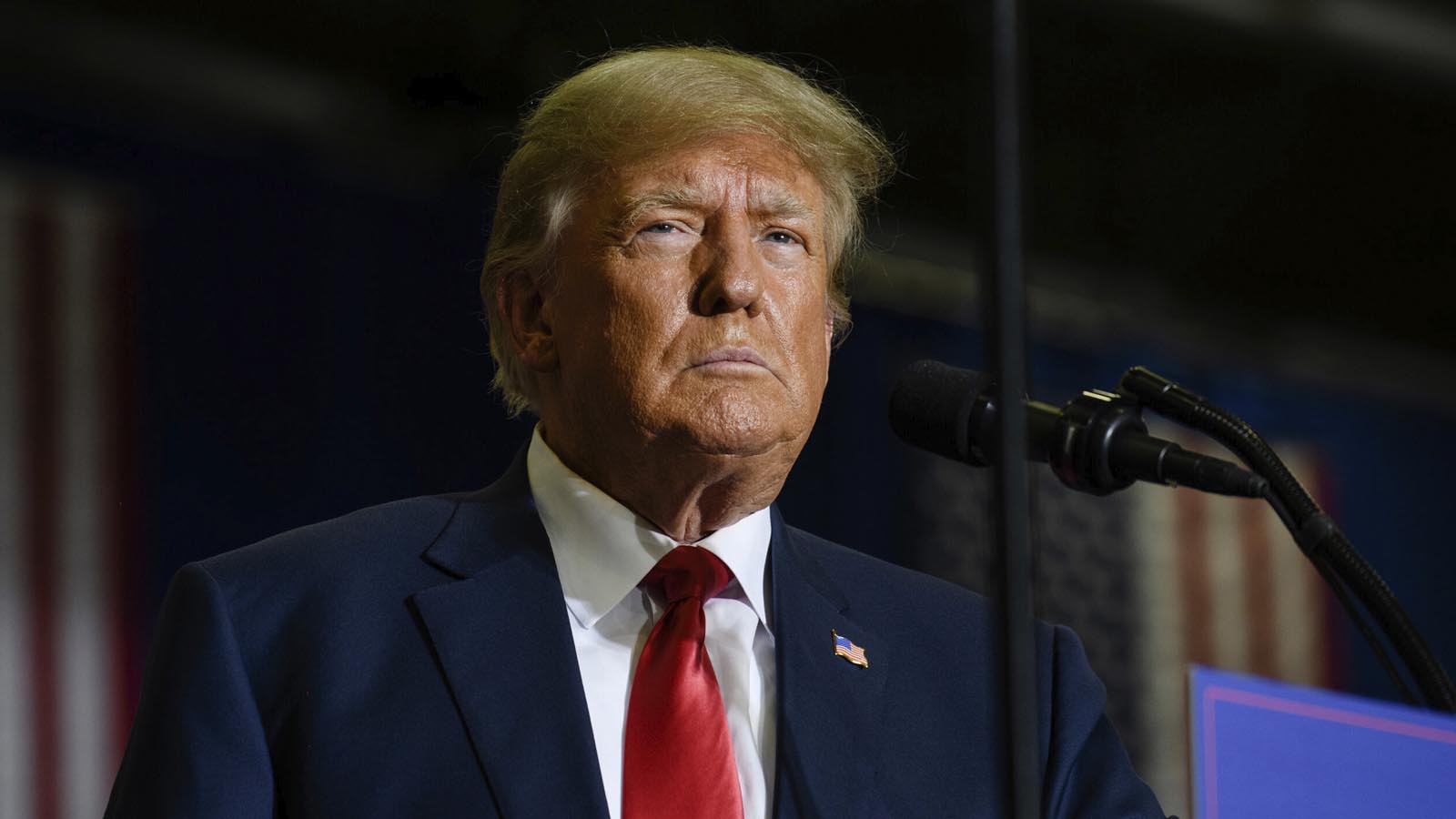 Former President Trump celebrated a GOP candidate’s loss on Tuesday in what would have been a crucial pick up in the battle for control of the U.S. Senate.

Writing on Truth Social, the 45th president cheered Colorado Republican candidate Joe O’Dea’s loss to incumbent Democrat Sen. Michael Bennet in a race that became a toss-up in the final stretch of the campaign. 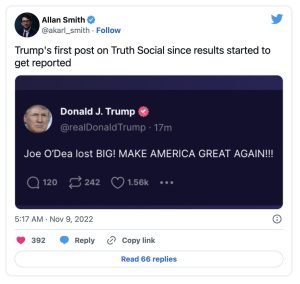 Celebrating losing what would have been a crucial senate seat pick up even as odds the GOP takes a majority fade away. 🧢 pic.twitter.com/9HUSf1xnHM

Unlike most other battleground Senate nominees, O’Dea forcefully broke with Trump on the 2020 election, even going as far to say in recent weeks that he would campaign against Trump if he mounts another White House bid.

Trump on multiple occasions returned the attacks against O’Dea as he faced an uphill battle against incumbent Sen. Michael Bennet (D-Colo.), although other Republicans had been bullish on O’Dea’s chances. (The Hill)

going to be a topic of conversation moving forward that Trump told his supporters not to vote for O'Dea — while DeSantis recorded a robo-call for him https://t.co/ybNqI7e1Km

Trump also said New Hampshire GOP Senate candidate Don Bolduc would have won if he didn’t change his stance toward the integrity of the 2020 election after winning his primary.

“Don Bolduc was a very nice guy, but he lost tonight when he disavowed, after his big primary win, his longstanding stance on Election Fraud in the 2020 Presidential Primary. Had he stayed strong and true, he would have won, easily. Lessons Learned!!!”