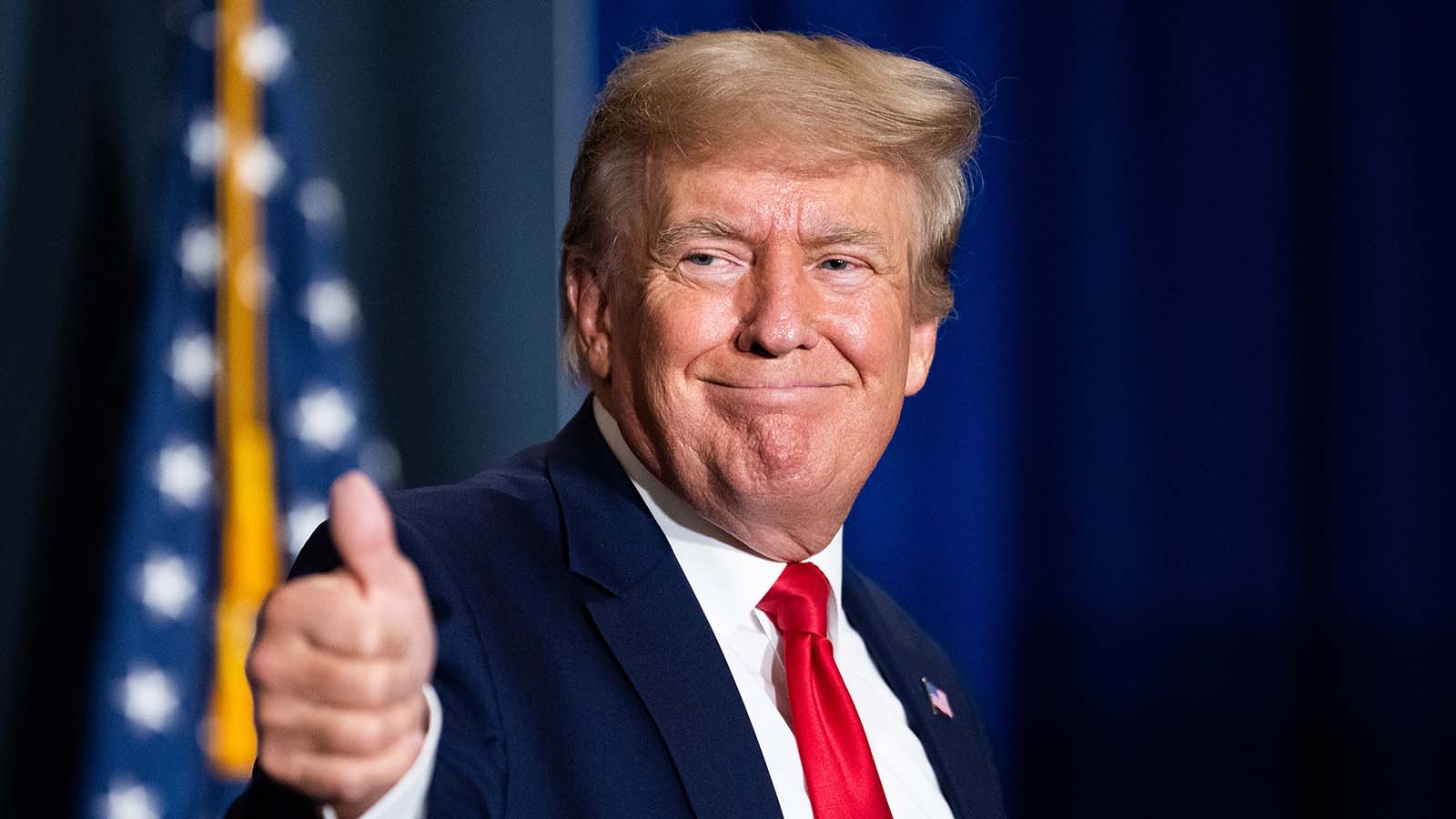 You’ve seen the polls, in Secrets and elsewhere, touting the emergence of Gov. Ron DeSantis (R-FL) and others challenging former President Donald Trump, the only Republican who has announced a bid for the 2024 GOP primary so far.

They come at a time when the former president is under fire in many corners but still standing and punching back.

Now two of the nation’s leading Republican pollsters who have strong ties to Trump are explaining why he remains “as strong as ever” to take the nomination and beat President Joe Biden.

John and Jim McLaughlin, who run McLaughlin & Associates, recently released their poll that shows the former president ahead of DeSantis 48%-23%, just as popular as he was on Election Day last month, and leading Biden 48%-45%.

Here at Secrets, we write a lot about polls and have highlighted many about the DeSantis surge, especially after his blockbuster reelection last month. While it’s still over a year before the first caucus or primary, they all give a suggestion for how the candidates are doing among voters but shouldn’t be taken as the last word. What’s different about the McLaughlin poll, John McLaughlin told us, is that it is tougher with the sample it uses. It tries to whittle down its sample to those most likely to vote instead of a bigger vat that may include some who’ve never voted.

McLaughlin tries to stay away from anti-Trump bias in many media polls. And finally, it replicates the Democrat-to-Republican percentage of more recent elections.

That sometimes creates differences in the results, he said.

“First you have to look at the quality of the poll and the source. Most published polls are from the liberal, anti-Trump media, and they do backflips to create biased surveys to suppress the Trump voters and donors. Many of the biased media polls are diluted with nonvoters and have samples of adults and do not reflect actual voters as likely voter polls do. They also bias the sample asking anti-Trump questions,” John McLaughlin said.

Polls often undercount Trump’s support, as was shown in both 2016 and 2020, and promote Democrats. “Do they think that the voters have forgotten the ‘Hillary Lock’ of 2016 and the ‘Biden Blue Wave’ of 2020?” the duo asked in a blog post.

In the blog, also posted on Newsmax, they gave this explanation of some sample standards:

“So once again we see the media using polls to discourage and suppress supporters and donors of President Trump. Why? Because it’s very clear that the Republican establishment, the Washington, D.C. establishment, and the media establishment do not want to see him elected president again. “Unlike these media polls that have the diluted samples, or have Republicans as low as 25% of their sample (the 2020 election exit polls had Republicans at 36%), or ask leading anti-Trump questions before they ask the ballot, our poll was overall good news for President Trump.”

John McLaughlin added to Secrets, “The continued attacks on Trump by President Biden and liberals in Congress galvanize Trump’s conservative base. The bottom line — Trump is still the Republican to beat, and actual votes for delegates are over a year away.”

In their latest survey, besides showing Trump remaining the one to beat, they found Trump’s support had popped a point since Election Day last month, while they have the support for DeSantis down nationally by 4 points.

Nobody else comes close. Former Vice President Mike Pence is still stuck in the single digits, at 5%, and he is third in the new survey.