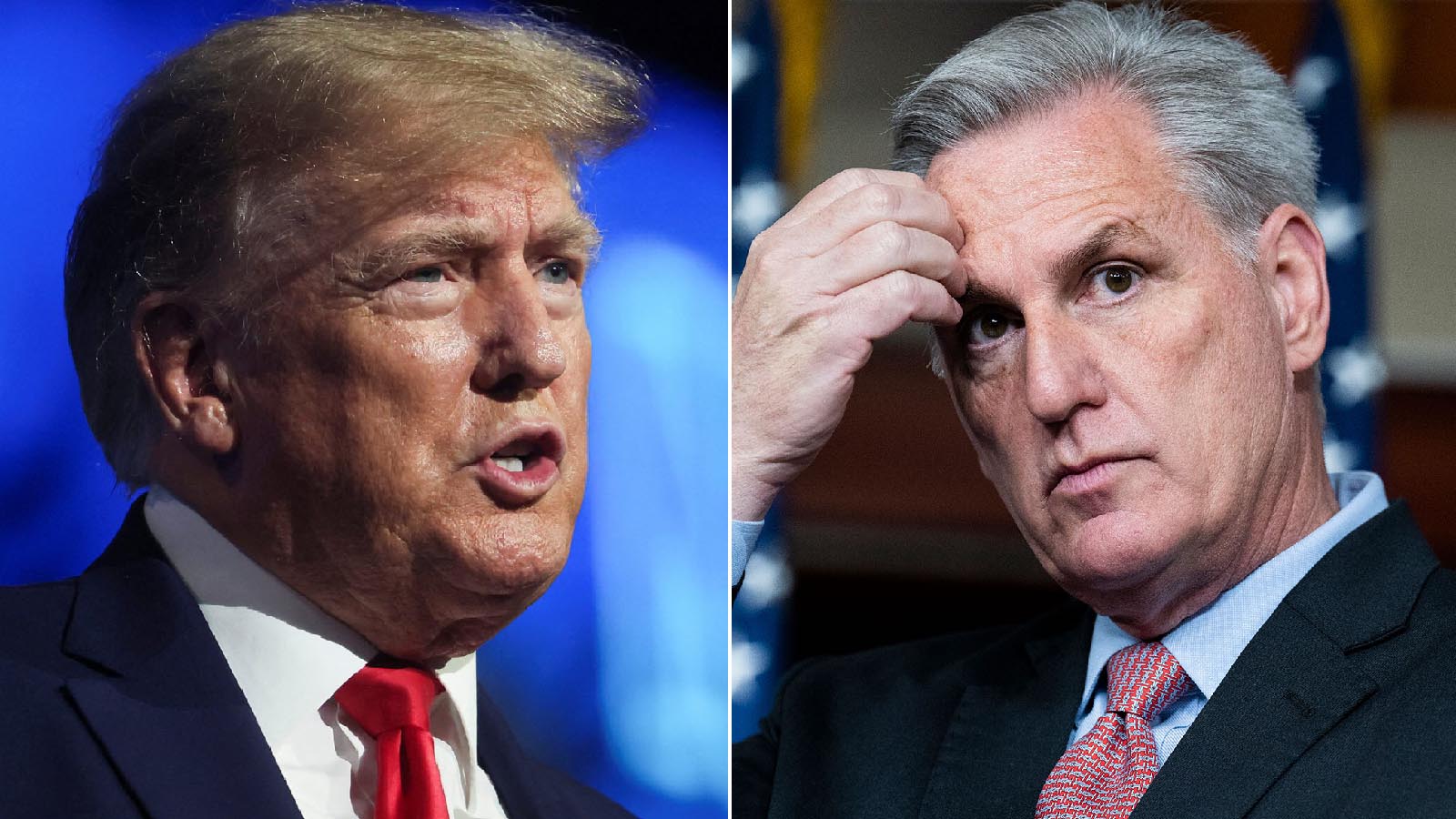 Trump gave his endorsement of McCarthy on Sunday, saying he is “an outstanding Representative for the people of California, and a strong and fearless Leader of the House Republican Conference.”

In the statement, posted on Truth Social, Trump only endorsed McCarthy for another term in the House of Representatives. It did not appear that he was backing McCarthy to become the next House speaker or another term as the House minority leader.

“In Congress, Kevin is a tireless advocate for the people of Bakersfield and the Central Valley. He is working incredibly hard to Stop Inflation, Deliver Water Solutions, and Hold Joe Biden and Nancy Pelosi Accountable for their catastrophic failures and dereliction of duty,” Trump added. “Kevin McCarthy has my Complete and Total Endorsement.”

It’s likely McCarthy would be elected as the next House speaker or minority leader depending on the outcome of the 2022 midterms. Analysts have said Republicans are expected to win the House at the very least, as the party of the president generally loses congressional seats during the midterm elections. Democrats currently have a slim majority in both the House and Senate.

House lawmakers, after they’re sworn in in early January 2023, will hold votes to elect the leadership responsible for leading their respective party’s conference.

Trump’s endorsement came days after McCarthy was apparently booed during a rally held by the former president in Wyoming, which was intended to support GOP candidate Harriet Hageman, who is running against incumbent Rep. Liz Cheney (R-Wyo).

House Republicans in May 2021 voted to remove Cheney from her No. 3 spot in the GOP conference before replacing her with Rep. Elise Stefanik (R-N.Y.). The Republican National Committee also censured Cheney and Rep. Adam Kinzinger (R-Ill.), who have both frequently criticized Trump and other Republicans on CNN and other mainstream news outlets, for their participation in the Jan. 6 committee.

The boos were likely in reference to the recent release of a phone call on Jan. 10, 2021, in which McCarthy allegedly said that he was considering telling Trump to resign if the former president was impeached. Trump told the Wall Street Journal in April that he still has a good relationship with McCarthy because he ultimately backed Trump.

“I think it’s all a big compliment, frankly,” Trump told the WSJ. McCarthy and others “realized they were wrong and supported me,” he added.

The California Republican faces several Republican challengers in the newly created 20th Congressional District, which has been ranked by pollsters as solidly Republican. The primary election is slated for Tuesday.