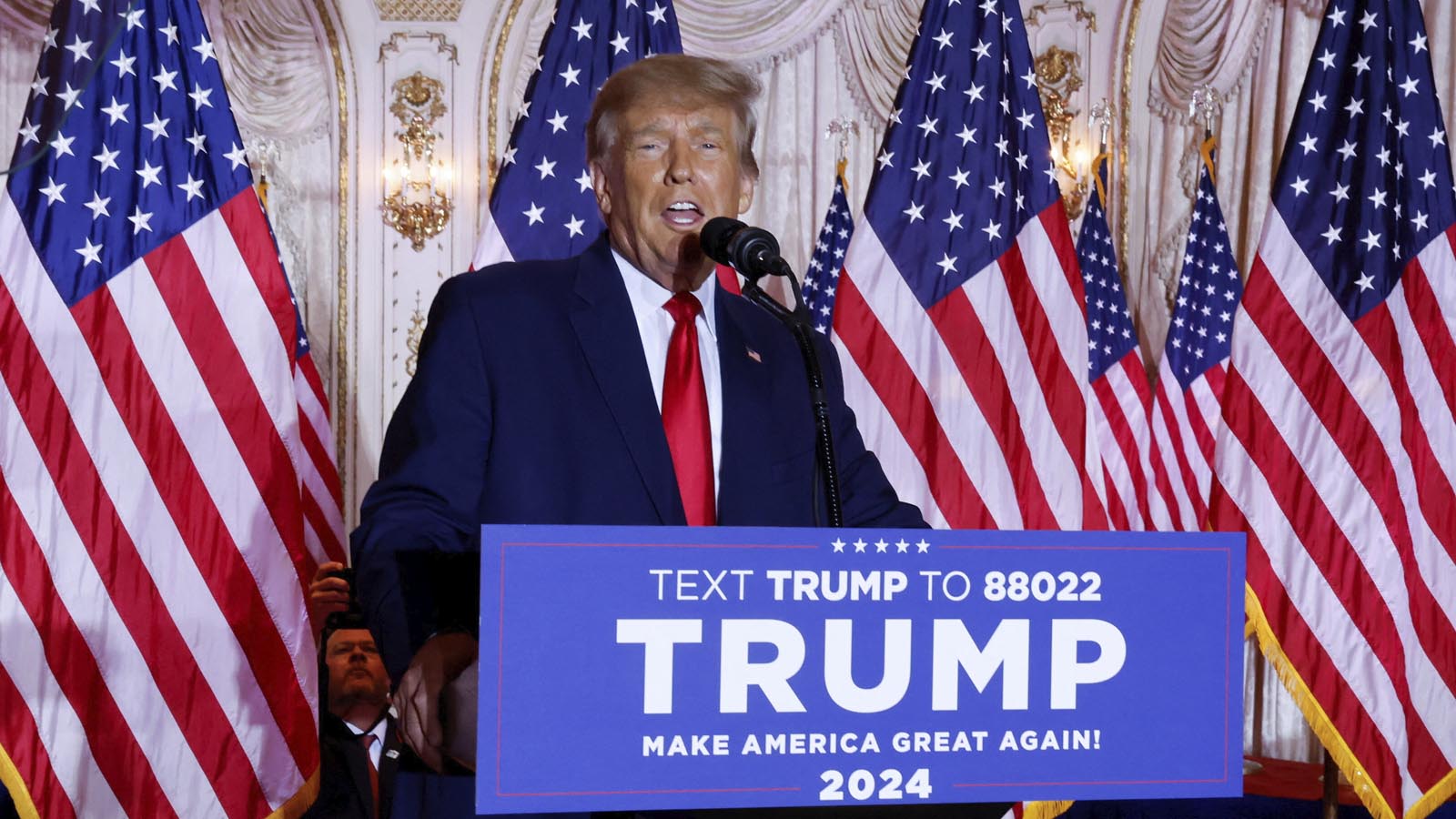 If Trump is elected, he said he’ll push to require voter IDs, same-day voting, and only paper ballots.

“It’s horrible what’s happening with our election and election process. And I’ll get that job done. That’s a very personal job for me. I take that very personally,” Trump remarked.

In 2016, Trump’s presidency was propelled as he targeted lax U.S. immigration policies. Notably, he proposed the construction of a border wall along the U.S.–Mexico border, and during his presidency about 400 miles were constructed or rebuilt.

“We built the wall and now we will add to it. Now, we built the wall. We completed the wall, and then we said let’s do more. We did a lot more. As we were doing it, we had an election that came up,” he said. “When they came in, they had three more weeks to complete the additions to the wall, which would’ve been great. But they said ‘No, we’re not going to do that.”

“To further drain the swamp, I will push for a constitutional amendment to impose term limits on members of Congress,” Trump said. “It’s time.”

In order to implement a constitutional amendment, it would require a majority of lawmakers to agree. The former president is also not the first to suggest term limits.

“Many U.S. House reps vocally support term limits but fail to act when the time comes,” Burchett said in November of 2021. “I understand many sitting members do not want term limits to apply to them. Grandfathering these members allows common sense term limits to take effect, retires entrenched political power brokers, and creates a Congress full of fresh ideas.”

Building on the creation of the U.S. Space Force, Trump said he wanted to enhance U.S. space capabilities and carry out a trip to Mars.

“We will expand the frontiers of human knowledge and will extend the horizons of human achievement,” he said. “And we will plant our beautiful American flag very soon on the surface of Mars,” the former president pledged.

Trump stated that he would rescind all of the Biden administration’s COVID-19 vaccine mandates, including ones targeting service members.

“We will abolish every Biden COVID-19 mandate and rehire every patriot who was fired from our military with an apology and full back pay,” Trump said.

The White House’s current COVID-19 rules have triggered a bevy of lawsuits from current and former armed service members. Some have argued that the rules violate their rights to religious freedom.

The former president said he would cut the Marxist-inspired critical race theory from being used in public school classrooms.

“When I’m in the White House, our schools will cease pushing critical race theory,” Trump said. “I will be the president to finally fix education in America. We were doing great,” he continued.

“We’re going to ask that everyone that sells drug[s], that gets caught selling drugs, to receive the death penalty for their heinous acts because it’s the only way,” Trump said.

Trump was making reference to dealers of the powerful synthetic opioid fentanyl, which has been blamed for hundreds of thousands of overdoses across the United States in recent years.

U.S. officials have blamed the Chinese regime for allowing fentanyl precursors to be made and transported to the United States via Mexican drug cartels.

Also during his speech, Trump said that there should be a lifetime ban on lobbying for former cabinet members and members of Congress as well as a permanent ban on taxpayer funding of campaigns.