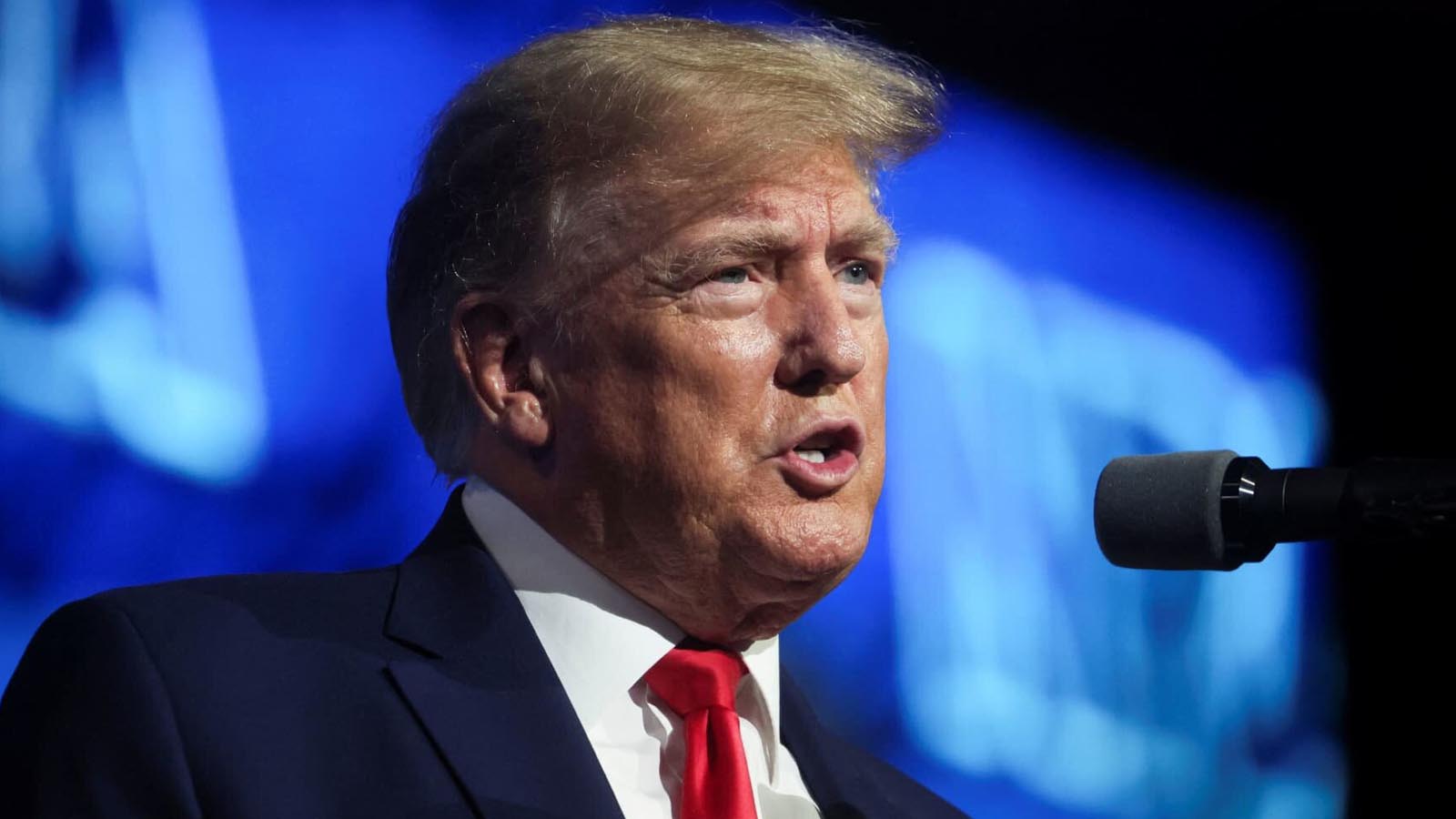 Former President Donald Trump has responded to a story published by The New York Times on Friday that he is planning to announce a 2024 presidential run ahead of the November midterms.

In a post on his Truth Social media platform, Trump called the report “fake news” though he did not elaborate.

“12 wins & zero losses this week (Mary Miller won against all odds), 33 & 0 in Texas, 132 & 7 this cycle — there has never been anything like ‘our’ endorsement — and the Fake News New York Times writes that I may announce an early presidential run because I haven’t done well with my endorsements,” Trump fired back at the Times on Saturday morning in a Truth Social post.

“Actually, doing better than ever, breaking all records. We are dealing with very sick, bad people in the fake news media,” he continued.

“Also, beating everybody in the polls by really big, record type, numbers!” Trump added in another post.

In a late Friday breaking story, the Times reported: “The timing of a formal announcement from Mr. Trump remains uncertain. But he recently surprised some advisers by saying he might declare his candidacy on social media without warning even his own team, and aides are scrambling to build out basic campaign infrastructure in time for an announcement as early as this month.”

The report said that some Republicans are concerned that an announcement before the midterms could help the Democrats use the former president as a campaign issue.

“Republicans want to win badly in 2022, and it is dawning on many of them that relitigating the 2020 election with Trump’s daily conspiracy diatribes are sure losers,” Republican strategist and former chairman of the Colorado Republican Party, Dick Wadhams, said.

There are additional concerns about an announcement this far in advance of the next presidential election.

“One of the most compelling arguments against an early announcement had been federal campaign finance laws. If and when Mr. Trump announces, he would be ineligible to use any of the $100 million that he has parked in his political action committee to directly support his presidential run. His campaign would also be constrained by a strict $2,900-per-person donation cap for the primaries, meaning he could tap his largest donors only once over the next period of roughly two years to directly fund a candidacy,” The Times reported.

Republican South Carolina Sen. Lindsey Graham is said to be one of the people close to the former president that is encouraging him to make the announcement sooner.

“It’s up to him if he runs or not,” Graham said. “But the key to him being successful is comparing his policy agenda and policy successes with what is going on today.”

NBC News reported in June that an announcement by Trump could actually come over the Independence Day holiday. And while some believe he should wait until after the midterm elections to make his announcement, others say he out to make an announcement before then in order to cut off other possible contenders who are gaining steam.

“I’ve laid out my case on why I think he should do it,” his longtime adviser Jason Miller, said as he accompanied the former president to a rally in Wyoming over Memorial Day weekend. “I think that there being clarity about what his intentions are [is important] so he can start building that operation while it’s still fresh in people’s minds and they’re still active — a lot of that can be converted into 2024 action.”

Another adviser who thinks the former president should wait until after the midterms — which forecasts indicate Republicans should do well — nevertheless said they think the announcement will come “sooner rather than later.”

The adviser said that one question is “whether he can sort of suppress his excitement about a 2024 rematch and not, say, go ahead and put that statement out … and waits for a big event, a big speech to do it.”

The Times reported that Republican National Committee Chairwoman Ronna McDaniel wants the former president to wait until after the midterms to make any announcement.