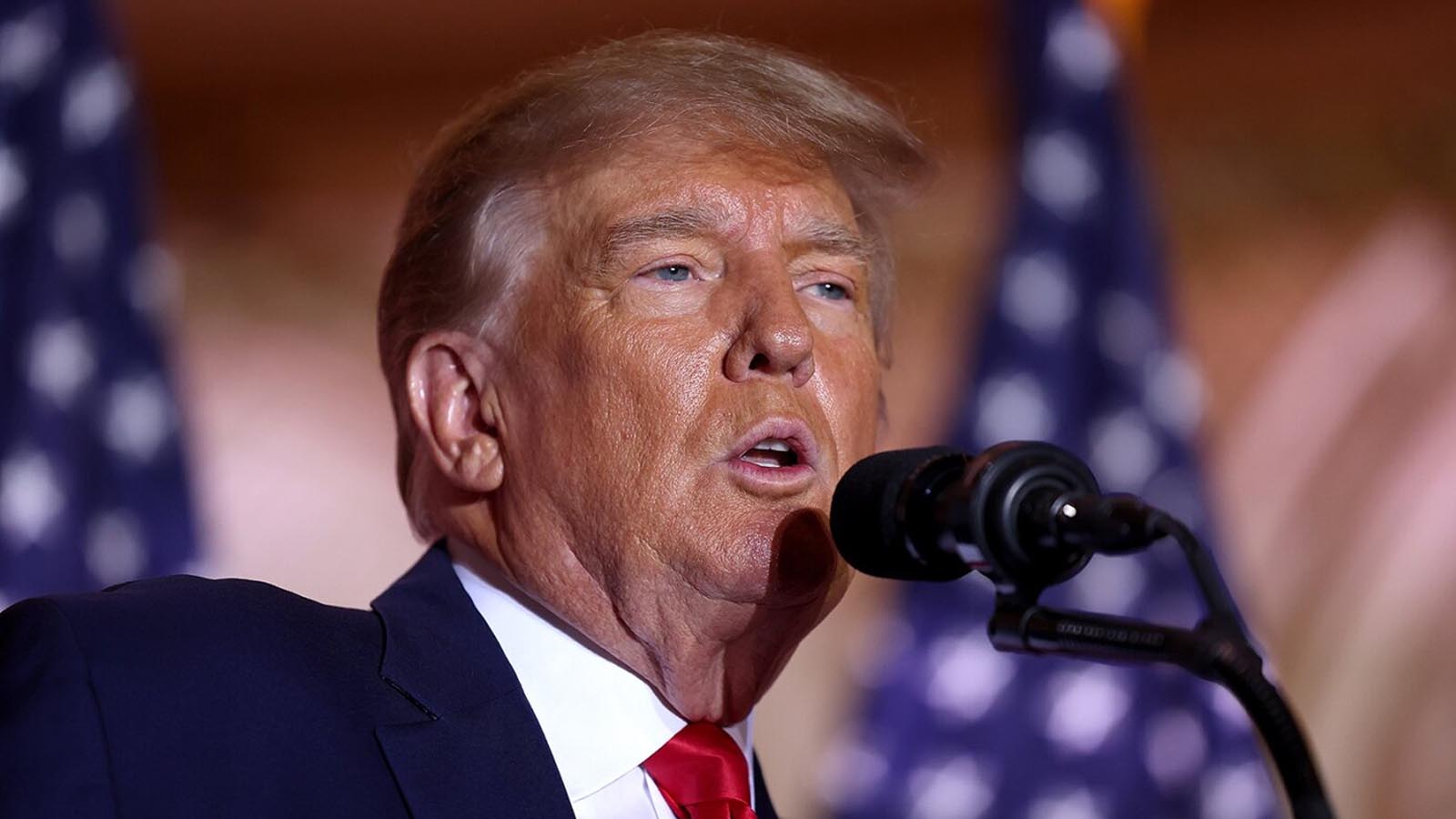 Former President Donald Trump came under fire recently after it was confirmed that he had dinner with rapper Kanye West and Nick Fuentes, a prominent white nationalist. The news elicited speculation about the matter, with people questioning whether it happened in the first place, and wondering what Trump knew and didn’t know about Fuentes.

One of the former president’s advisors must have alerted him to the potential scandal because on Friday, he took to Truth Social to address the issue. He wrote:

This past week, Kanye West called me to have dinner at Mar-a-Lago. Shortly thereafter, he unexpectedly showed up with three of his friends, whom I knew nothing about. We had dinner on Tuesday evening with many members present on the back patio. The dinner was quick and uneventful. They then left for the airport. 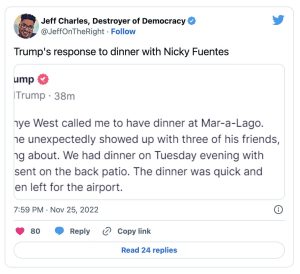 This lines up with what some reported on Twitter and news outlets. Much of the speculation centered on whether Trump knew Fuentes would be present and if he knew he is a white nationalist.

Kanye West very much wanted to visit Mar-a-Lago. Our dinner meeting was intended to be Kanye and me only, but he arrived with a guest whom I had never met and knew nothing about.

Critics claim the Secret Service would have informed the former president of these details beforehand. But if West never informed anyone that he was bringing friends, then it is unlikely they would have known Fuentes was coming and that he is a white nationalist.

Nevertheless, the meeting was a bad look.

Trump’s contention that he knew nothing about Fuentes is believable; he is not exactly a prominent figure on the right, despite what the activist media would like us to believe. Many people have no idea who he is. However, once again, this might be another consequence of the former president’s biggest weakness: The inability to choose the right people with whom to surround himself.

This situation will provide yet another avenue for the left to attack Trump. As RedState’s Bonchie noted:

These kinds of self-inflicted wounds are mind-numbing, and if you thought Charlottesville haunted Trump, wait until the press latches onto him having dinner with one of the organizers of the “Unite the Right” rally that took place. This is going to be a disaster.

Trump’s response was probably the most effective he could have given at this moment. If he didn’t know who he was dealing with, that softens the blow slightly. But it still raises questions as to why he did not know with whom he was breaking bread.

Why weren’t his staffers on top of this? Shouldn’t they have been looking out for his best interests? This appears to be yet another example illustrating that Trump does not surround himself with the right people – and that weakness will continue to plague him as time goes on.