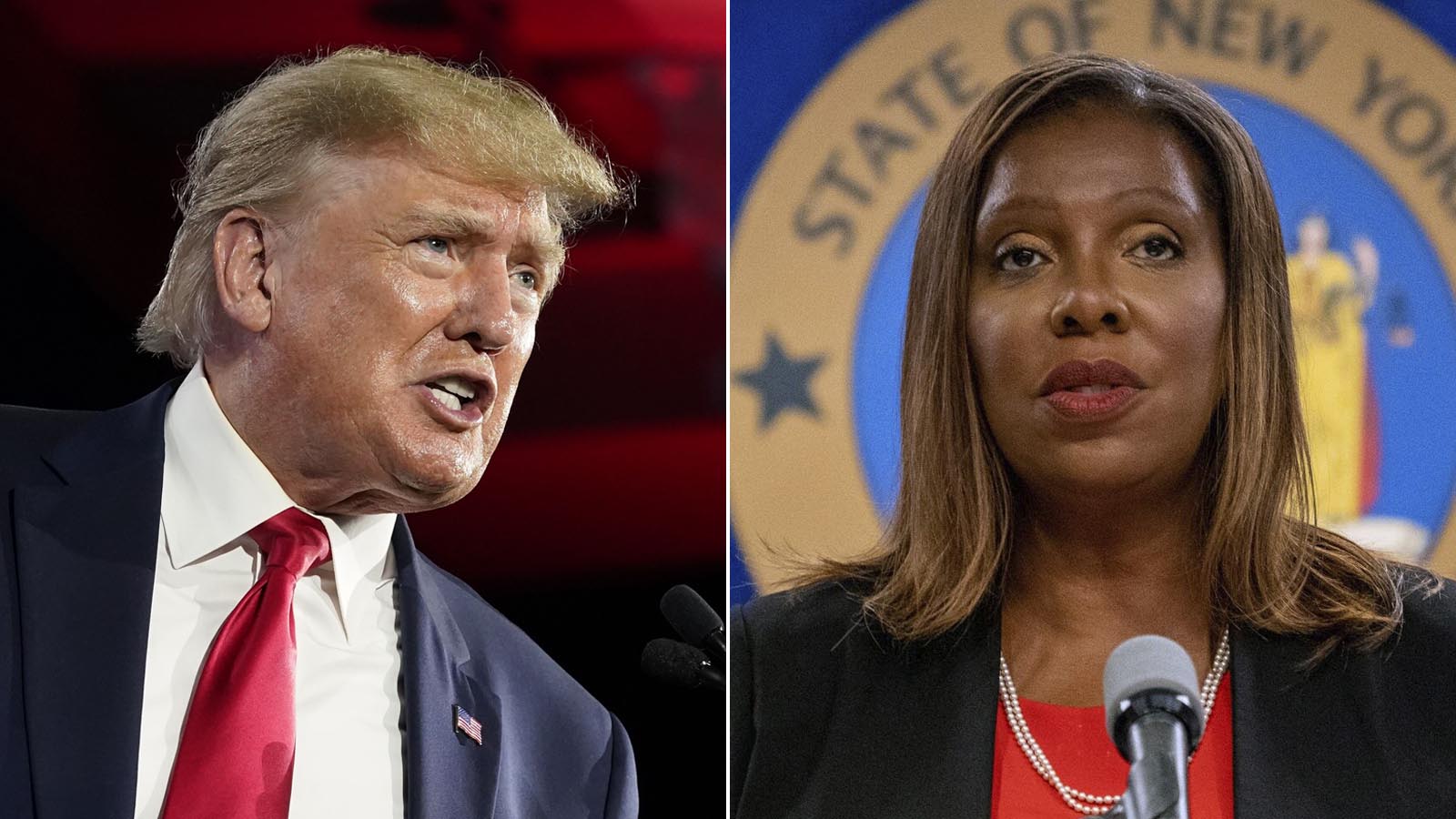 Former President Trump slammed New York Attorney General Letitia James’ lawsuit against him as “ridiculous,” maintaining he and his family have done nothing wrong. Trump added that crime in New York is at the “highest level it has ever been” because the attorney general has spent her time in office “fighting Trump” and urged officials to “focus on people who kill people.”

James’ office on Wednesday filed a lawsuit against Trump and his children, Donald Jr., Ivanka and Eric, as well as his associates and businesses, alleging “numerous acts of fraud and misrepresentation” regarding financial statements.

James alleged Trump “inflated his net worth by billions of dollars” and said his children helped him to do so.

During an exclusive interview with Fox News Digital, Trump said he “never thought she was going to bring this case because she has no case.”

Trump, in August, invoked his Fifth Amendment rights during a deposition as part of James’ civil investigation into the Trump Organization. The lawsuit, stemming from James’ probe, was to find out whether Trump and his company improperly inflated the value of assets on financial statements to obtain loans and tax benefits.

“They wanted to settle the case. … It is a ridiculous case,” Trump said. “But I never thought she was going to bring the case until I looked at her poll numbers.

“Also, don’t forget, you know, there is an unwritten rule — almost, it is an unwritten law, you never bring a lawsuit within 90 days of an election,” Trump said. “And she brought this right before the midterm elections, which shows you just how degenerate she is.

“She was going to do this from the day she started campaigning,” the former president said, pointing to James’ campaign promise to take on Trump.

“We’re definitely gonna sue him, we’re gonna be a real pain in the a–,” James once told a supporter.

James also once said Trump was an “existential threat,” and said “the No. 1 issue in this country is defeating Donald Trump.”

“Nothing else matters,” James said.

Trump, though, told Fox News Digital it’s a “disgrace” that James has focused on him and his family.

“This is why murderers are all over the city, and crime is at the highest level it has ever been,” Trump said, adding that James has done” nothing to stop people from murdering, but let’s take care of Trump.

“She spent most of her time in office — she spent three years — fighting Trump,” he added. “Focus on people that kill people.”

But James, when bringing the suit against Trump Wednesday, said that over the course of her office’s investigation, it interviewed 65 witnesses and reviewed millions of documents. She said the evidence showed Trump submitted “more than 200 false and misleading asset valuations.”

The misrepresentations included stating that Trump had cash on hand that he did not have and ignoring restrictions that would impact property values, James said.

The attorney general said she believes the allegations also violate state and federal criminal laws and that her office is making a referral to the U.S. Attorney for the Southern District of New York and the IRS. The SDNY U.S. Attorney’s Office declined to comment on the matter.

As for his financial statements, Trump told Fox News Digital his statement of financial condition “has a disclaimer right at the front.”

“It is extremely long and extremely strong, and it disclaims, and it says, ‘Go out and check for yourself. Do your own work, don’t rely on this,’” Trump explained.

There are three levels of accounting review, sources told Fox News, with the statement of financial condition being the lowest. A source explained that the statement is a preparation of what an individual thinks things are valued at.

Accountants said in the disclaimer that the statement of financial condition was not an authorized document or the result of any kind of audit, but rather prepared by an accounting firm in coordination with the Trump Organization. The disclaimer asks that banks do their own due diligence before approving a loan.

James said that, through the lawsuit, her office is requesting that the New York Supreme Court permanently bar Trump and his children from serving as officers for any New York corporation and bar Trump and the Trump Organization from participating in New York commercial real estate acquisitions or applying for loans in the state for five years.

Asked about a possible settlement of the case, James said her office’s doors are open.

“I didn’t want to do anything. I didn’t want to pay anything because it is a ridiculous case,” Trump said, adding that he and his family will “just go through the process.”

As for 2024 and a possible presidential run, Trump told Fox News Digital “everybody wants me to run.”

“In my mind, I’ve made a decision,” Trump said. “And I think people will be very happy, because, I will say this, our country is going to hell.”