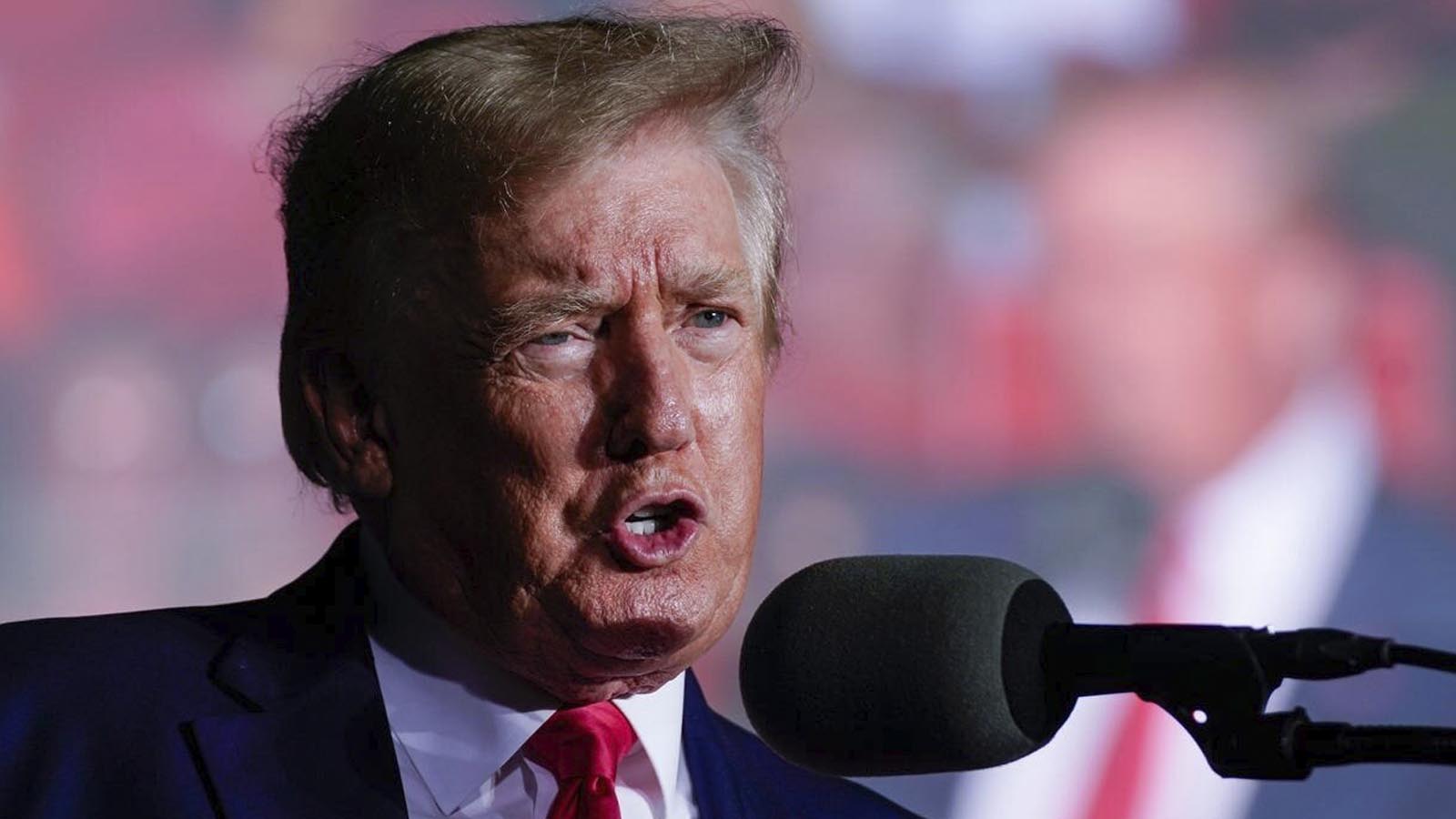 Former President Trump responded after a federal judge ordered him to sit for a deposition in the defamation lawsuit filed by writer E. Jean Carroll, who alleges Trump raped her in the 1990s and harmed her reputation when he denied the allegation.

“E. Jean Carroll is not telling the truth, is a woman who I had nothing to do with, didn’t know, and would have no interest in knowing her if I ever had the chance,” Trump said Wednesday in an email to his supporters.

In his statement, Trump called the lawsuit a “complete con job” and denied ever knowing who Carroll was, despite her producing a photo of them having met at an event.

“I don’t know this woman, have no idea who she is, other than it seems she got a picture of me many years ago, with her husband, shaking my hand on a reception line at a celebrity charity event,” the former president wrote. “She completely made up a story that I met her at the doors of this crowded New York City Department Store and, within minutes, ‘swooned’ her.”

Carroll, a former columnist for Elle Magazine, alleges Trump raped her at a dressing room at Bergdorf Goodman, a department store in New York City.

“It is a Hoax and a lie, just like all the other Hoaxes that have been played on me for the past seven years,” he added.

Trump later described the woman as not his “type” and pointed to alleged discrepancies in her account during her appearance on CNN.

“She has no idea what day, what week, what month, what year, or what decade this so-called ‘event’ supposedly took place,” the former president said.

He contended: “The reason she doesn’t know is because it never happened, and she doesn’t want to get caught up with details or facts that can be proven wrong. If you watch Anderson Cooper’s interview with her, where she was promoting a really crummy book, you will see that it is a complete Scam. She changed her story from beginning to end, after the commercial break, to suit the purposes of CNN and Anderson Cooper.”

The disposition was resumed after U.S. District Judge Lewis Kaplan rejected a request by Trump’s legal team that his testimony be delayed.

“She is suing me on numerous frivolous cases, just like this one, and the court system does nothing to stop it. Now all I have to do is go through years more of legal nonsense in order to clear my name of her and her lawyer’s phony attacks on me,” Trump concluded in the email.

The former president seemed to also suggest the lawsuit was connected to derailing his political career. His deposition is scheduled for Oct. 19.